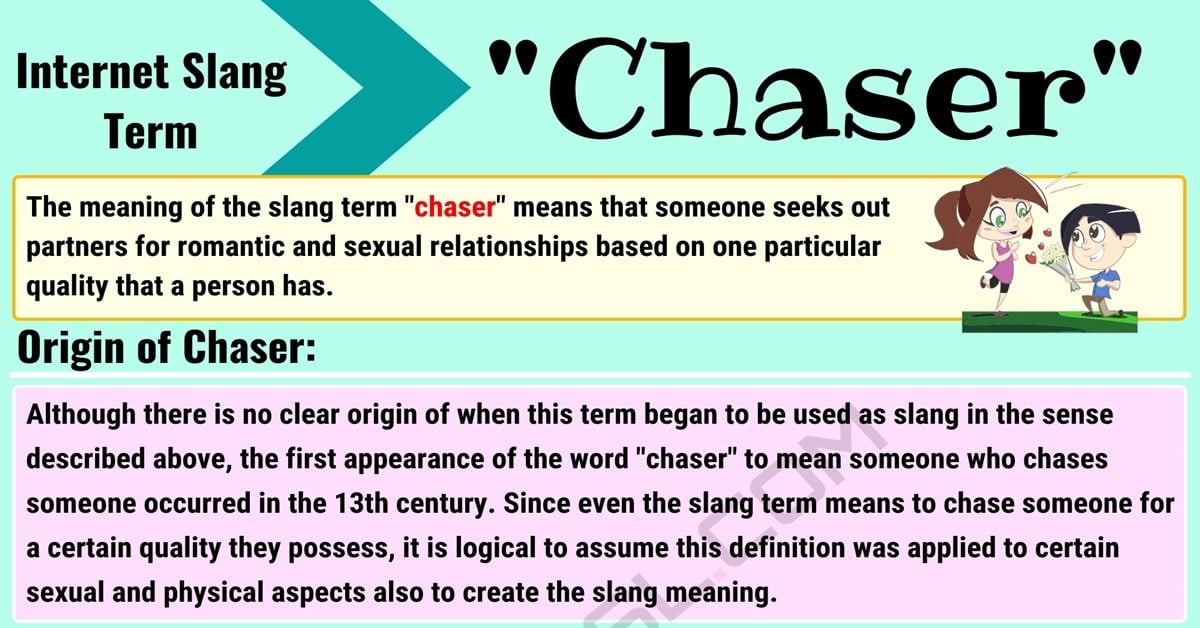 You will also discover other meanings of the term if any are available. Finally, you can see sample conversations to learn how to properly use the term and discover some other ways to say the word to convey the same meaning.

What Does Chaser Mean?

The meaning of the slang term “chaser” means that someone seeks out partners for romantic and sexual relationships based on one particular quality that a person has.

Although there is no clear origin of when this term began to be used as slang in the sense described above, the first appearance of the word “chaser” to mean someone who chases someone occurred in the 13th century. Since even the slang term means to chase someone for a certain quality they possess, it is logical to assume this definition was applied to certain sexual and physical aspects also to create the slang meaning.

A conversation between two friends discussing the type of women they like.

A conversation between two lawyers at the office.

Some other ways to say the slang term “chaser” include: 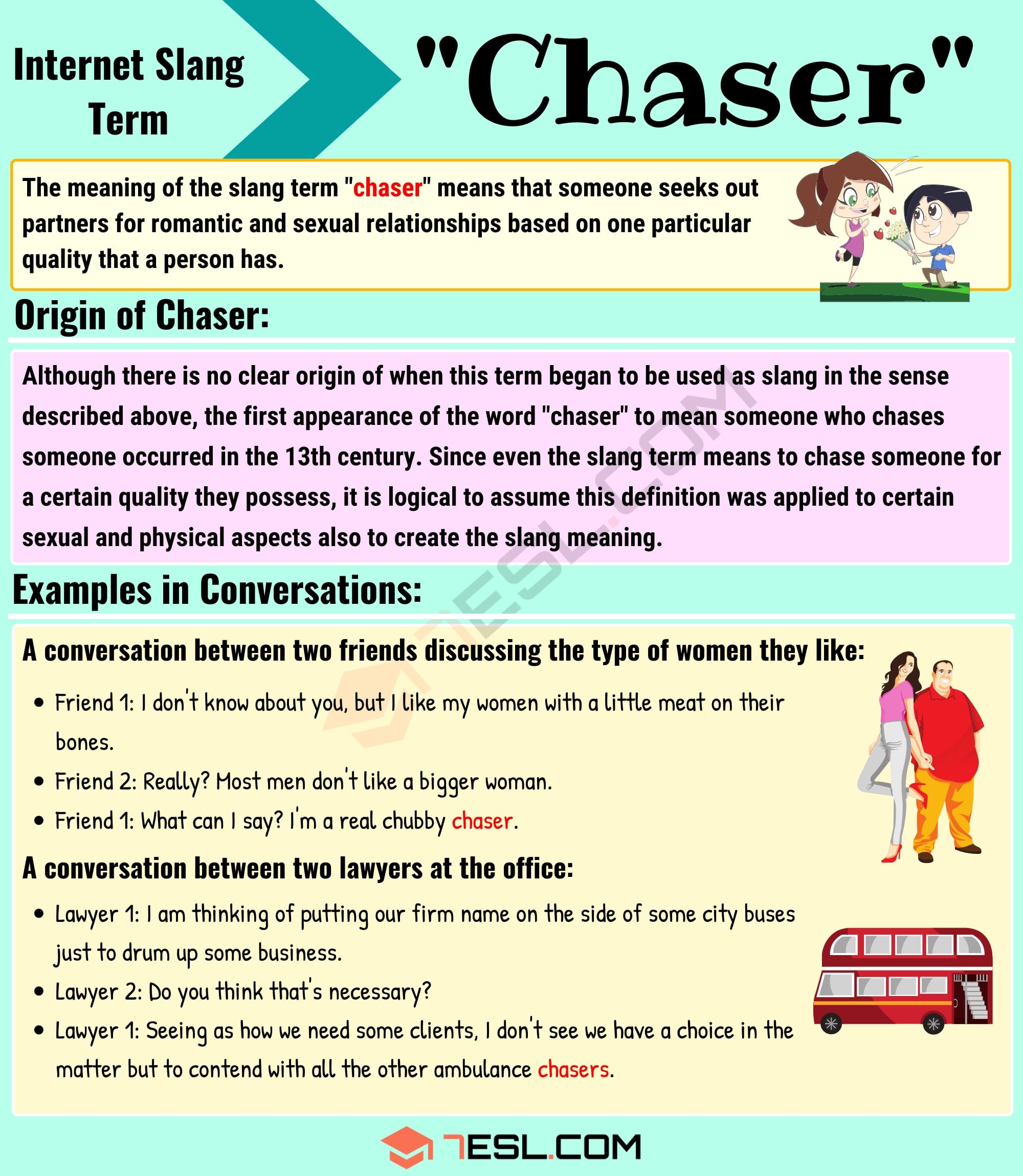