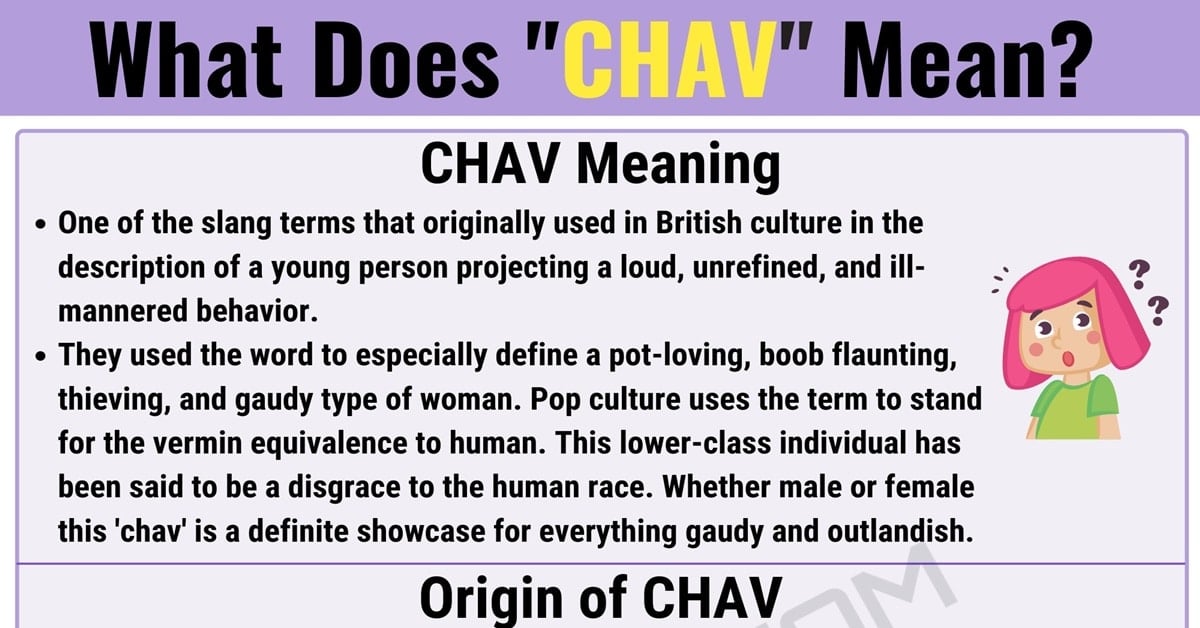 What does Chav mean? What does this internet slang term stand for? The following lesson will explain how and when to use this text abbreviation with useful conversation examples and ESL picture.

What Does Chav Mean?

One of the slang terms that originally used in British culture in the description of a young person projecting a loud, unrefined, and ill-mannered behavior.

They used the word to especially define a pot-loving, boob flaunting, thieving, and gaudy type of woman. Pop culture uses the term to stand for the vermin equivalence to human. This lower-class individual has been said to be a disgrace to the human race. Whether male or female this ‘chav’ is a definite showcase for everything gaudy and outlandish.

The origin of the term became commonplace after 2004 in the United Kingdom. That year the press signified it as the ‘word of the year’ and it soon skyrocketed around the globe. It was pushed to that level with an appearance on the ever-popular Doctor Who episode ‘New Earth’. Lady Cassandra, a character on the show, used to term to describe the body she had been transplanted inside.

How you will see this online slang word used.

When girls want to remain classy and not call another girl names such as slut, b*tch, and other profanity type words they refer to them as a ‘chav’. Like in this instance where one girl kinda liked the other as a friend till she found out she was caught kissing another friend’s boyfriend. 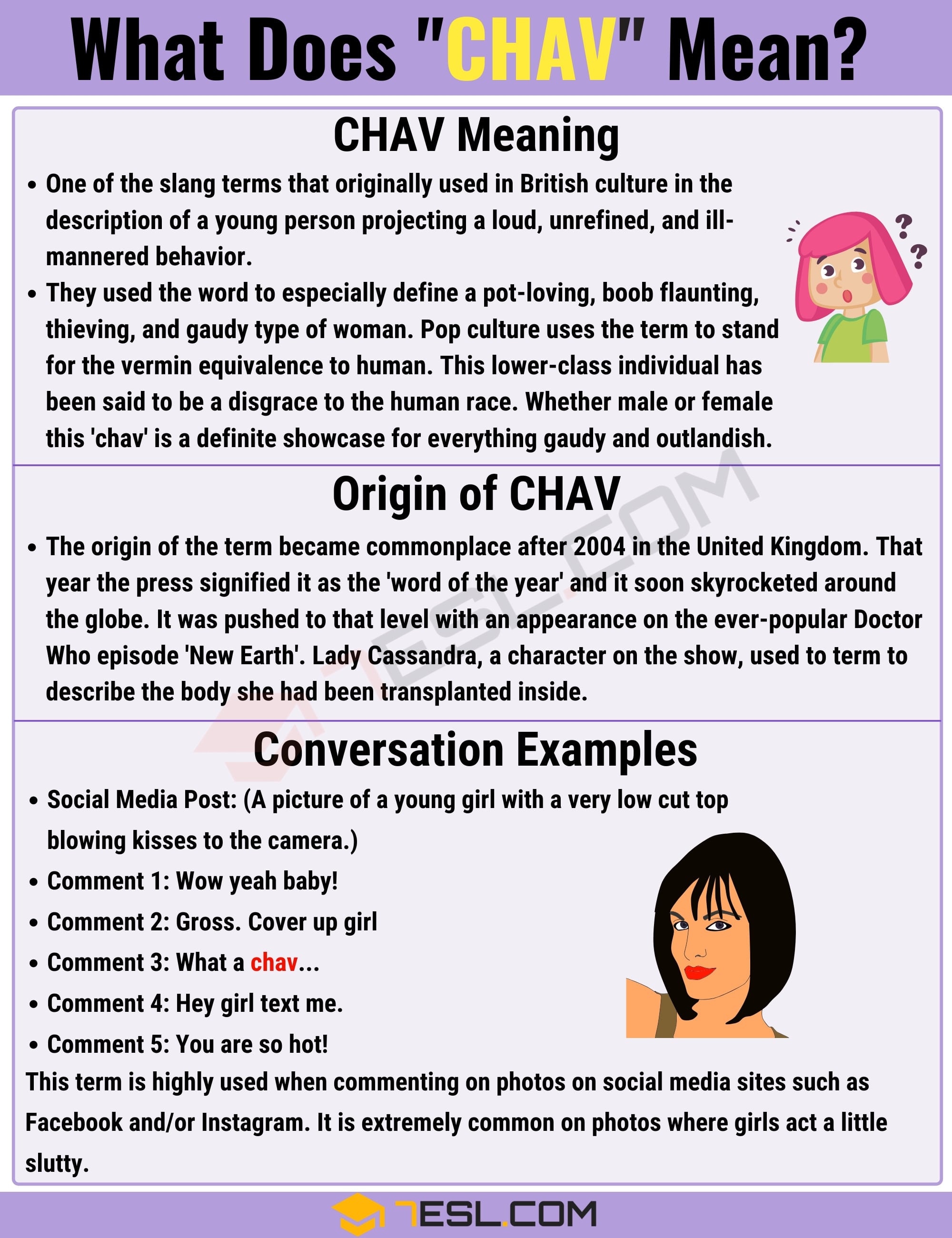