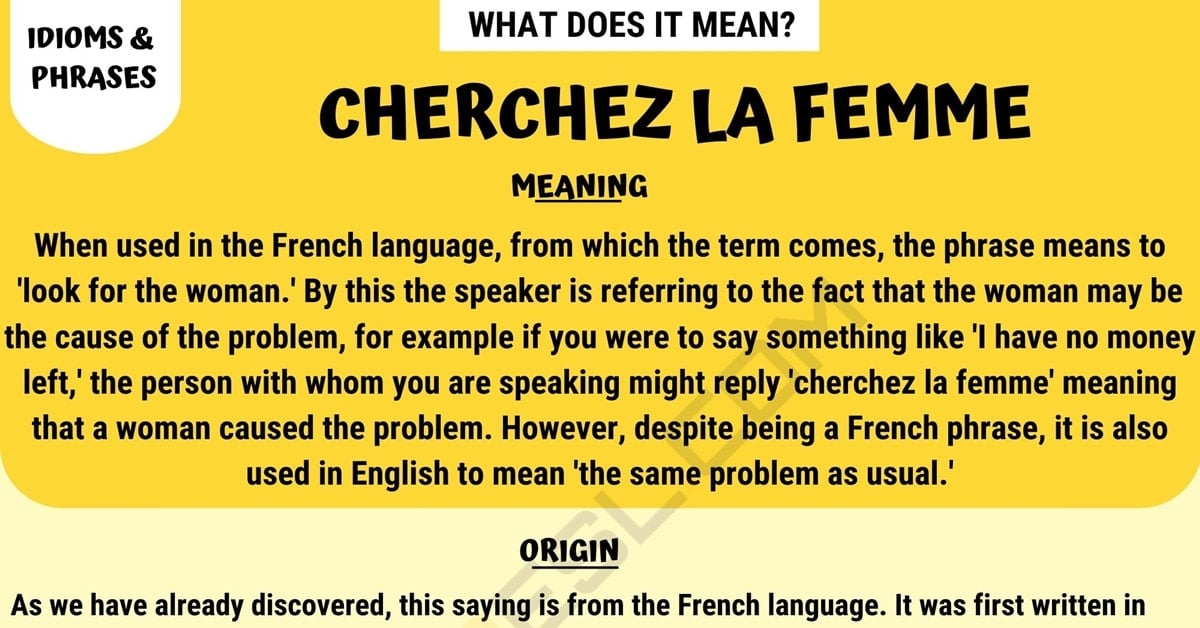 Have you ever heard someone use the term ‘cherchez la femme’ and thought about what they mean? We are going to look further into this saying and find out what it means, where it comes from and how it can be used in a conversation.

When used in the French language, from which the term comes, the phrase means to ‘look for the woman.‘ By this the speaker is referring to the fact that the woman may be the cause of the problem, for example if you were to say something like ‘I have no money left,’ the person with whom you are speaking might reply ‘cherchez la femme’ meaning that a woman caused the problem. However, despite being a French phrase, it is also used in English to mean ‘the same problem as usual.’

So in English, cherchez la femme means the same problem as usual.

As we have already discovered, this saying is from the French language. It was first written in 1854 in a novel called ‘The mohicans of Paris’ by Alexandre Dumas.

This idiom might be used in a situation where a problem has arisen once again causing the same result. For example, in a situation where someone is always losing their keys, you might say ‘So, we are locked out of your house, why is that? Of course, cherchez la femme.’ If you are using the literal meaning directly from French, you would use the term to suggest that a woman is the cause of a problem for example, if you were to see two men fighting, you might presume it was over a woman and use the phrase ‘chercher la femme.’

If you are unsure about how to use this term in every day conversation, here are some examples which will help you better understand the way it can fit in.

There are other ways you might express the meaning of the term ‘chercher la femme.’

Here are some examples of different expressions you might use.

What Is “Cherchez La Femme”? | Picture 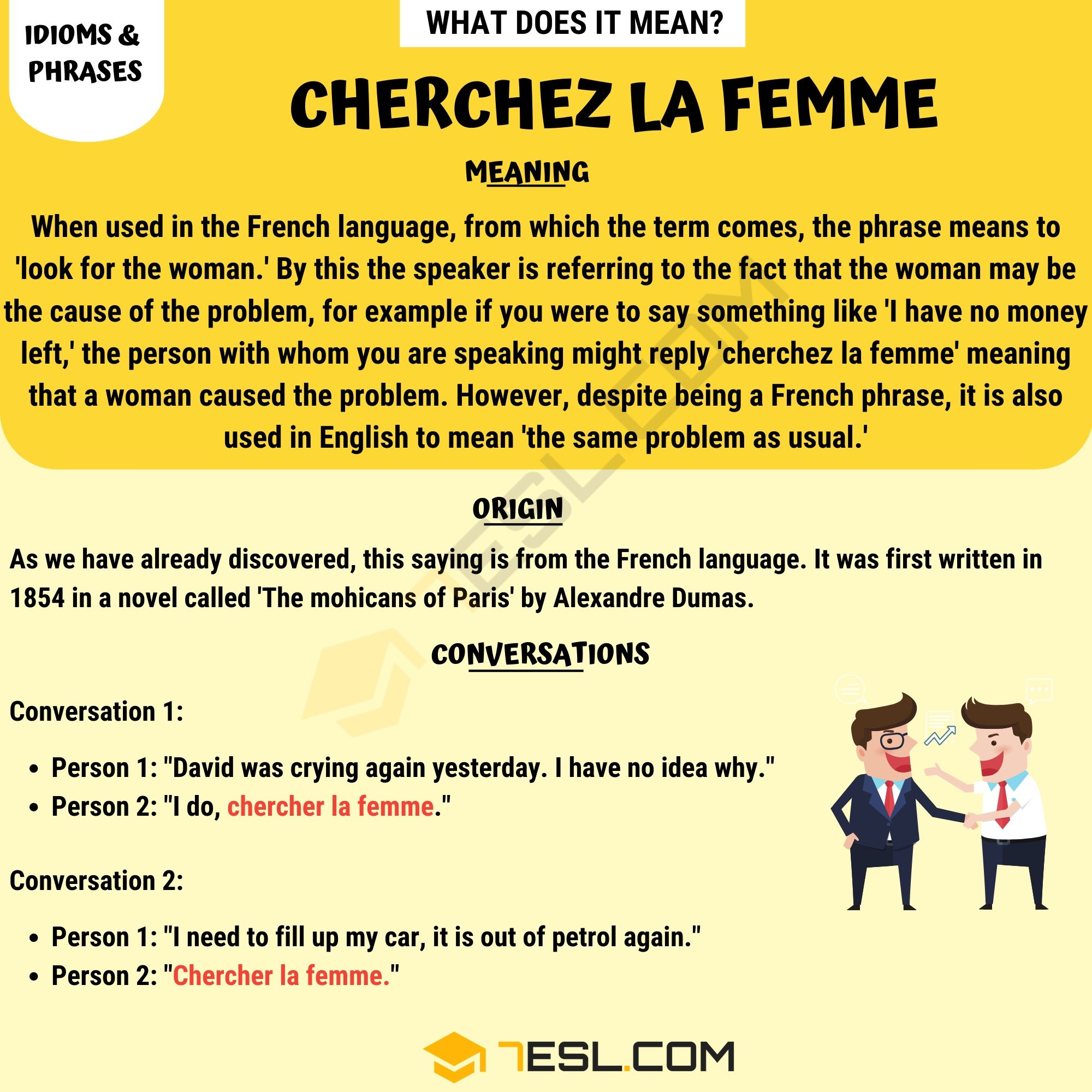