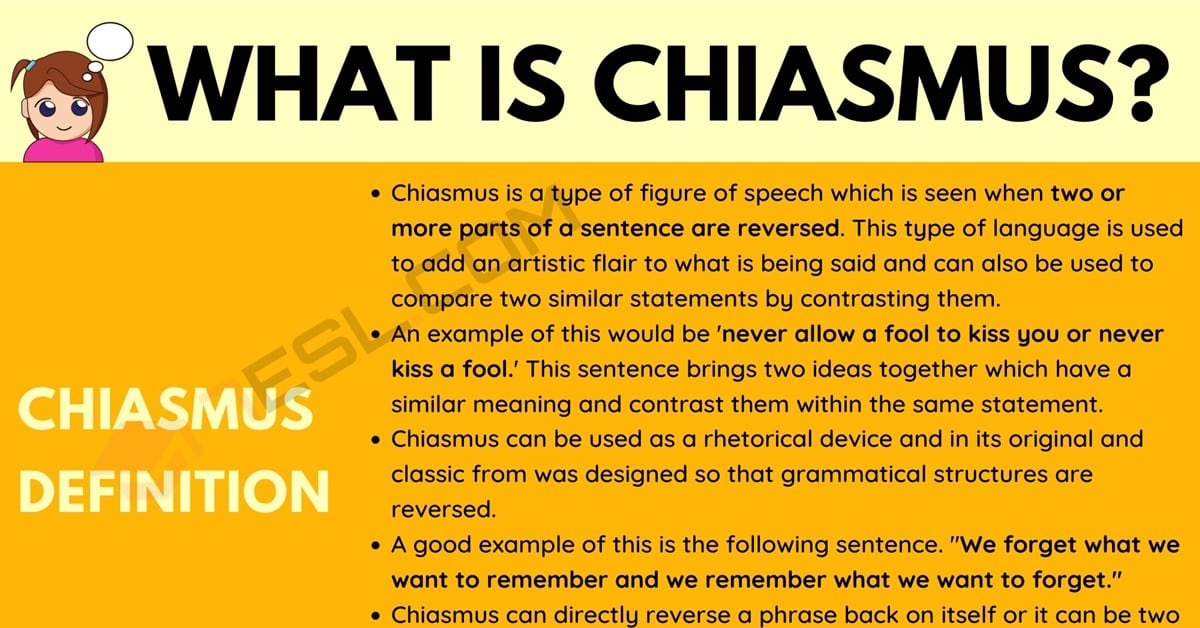 Without even realising it, many of your day to day conversations taking place in English may contain some form of chiasmus. We are going to take a look further into this form of speech and find out how it is used. We will look at examples of chiasmus being used in both spoken conversation and within written work such as song, poetry and fiction.

Chiasmus is a type of figure of speech which is seen when two or more parts of a sentence are reversed. This type of language is used to add an artistic flair to what is being said and can also be used to compare two similar statements by contrasting them. An example of this would be ‘never allow a fool to kiss you or never kiss a fool.’ This sentence brings two ideas together which have a similar meaning and contrast them within the same statement.

Chiasmus can be used as a rhetorical device and in its original and classic form was designed so that grammatical structures are reversed. A good example of this is the following sentence. “We forget what we want to remember and we remember what we want to forget.”

Chiasmus can directly reverse a phrase back on itself or it can be two phrases, the second of which carries the same meaning as the first, using synonyms to make the reversal.

Examples of Chiasmus in Speech

There will surely be many times that you will hear chiasmus being used in day to day conversation. We are now going to take a look at some examples of it being used in a sentence.

Examples of When Chiasmus is Used in Literature

We see chiasmus used as a literary device on many occasions. We will take now a look at some examples of when chiasmus has been used in written works.

Chiasmus is a form of speech where grammatical structures are reversed in order to have a more artistic phrase. It is something which has been used repeatedly within literature, enabling the author to really express their point. You are likely to hear some form of chiasmus regularly during a spoken conversation in the English language. 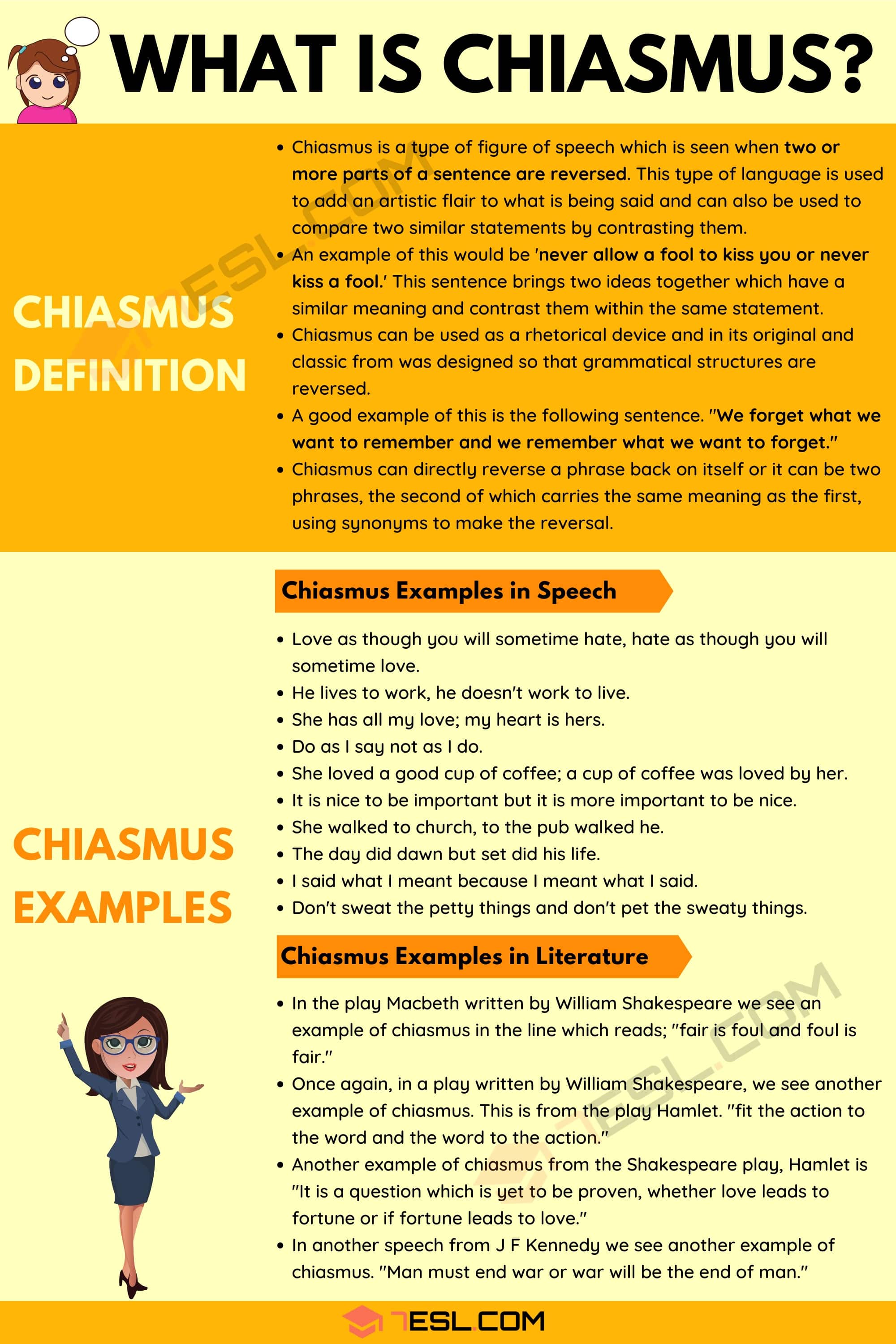