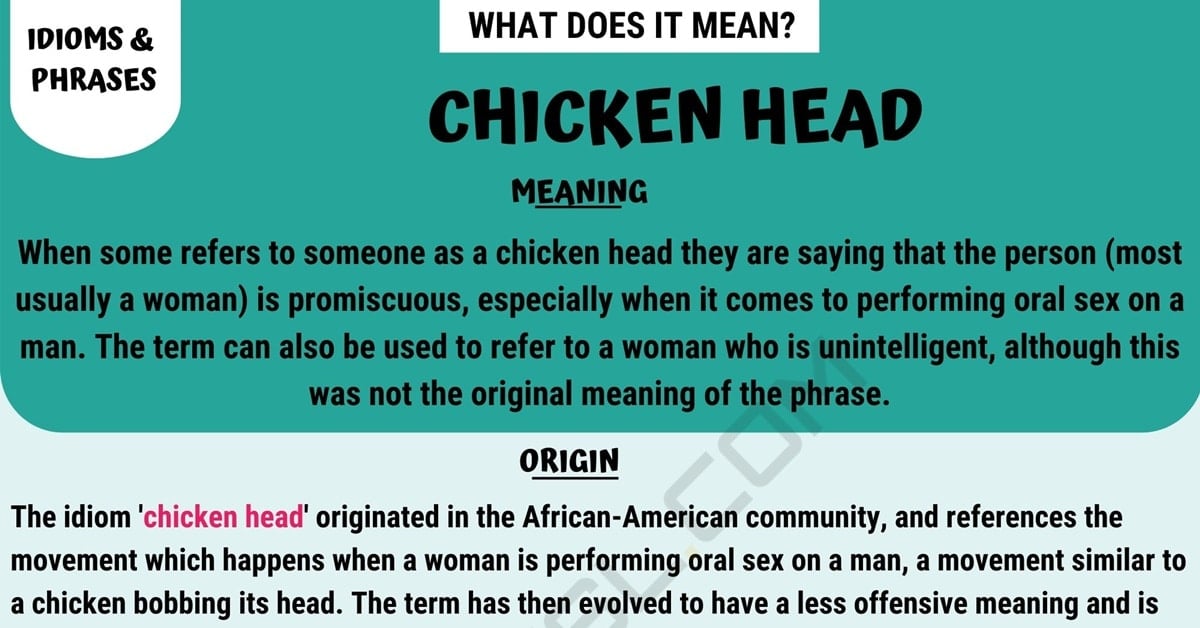 If you have ever heard someone use the term ‘chicken head’ in conversation, you may have wondered what they are talking about. We are going to look into the meaning of this phrase and where it came from. We will also look at how it can be used in your everyday speech.

When someone refers to someone as a chicken head they are saying that the person (most usually a woman) is promiscuous, especially when it comes to performing oral sex on a man. The term can also be used to refer to a woman who is unintelligent, although this was not the original meaning of the phrase.

The idiom ‘chicken head’ originated in the African-American community, and references the movement which happens when a woman is performing oral sex on a man, a movement similar to a chicken bobbing its head. The term has then evolved to have a less offensive meaning and is now being used in other communities. The phrase has been widely used in rap music.

You might use this term to talk about a woman who has relations with many different men. For example, you might say something along the lines of

You may also use the term to tell someone that their promiscuous behaviour is not acceptable. For example you could say

If you are curious as to how the term ‘chicken head’ might fit into your every day conversations, here are some examples of how the phrase is used.

There are many ways you might refer to someone as a chicken head. If you would like to know how to express the meaning of this phrase using other wordings, here are some examples. 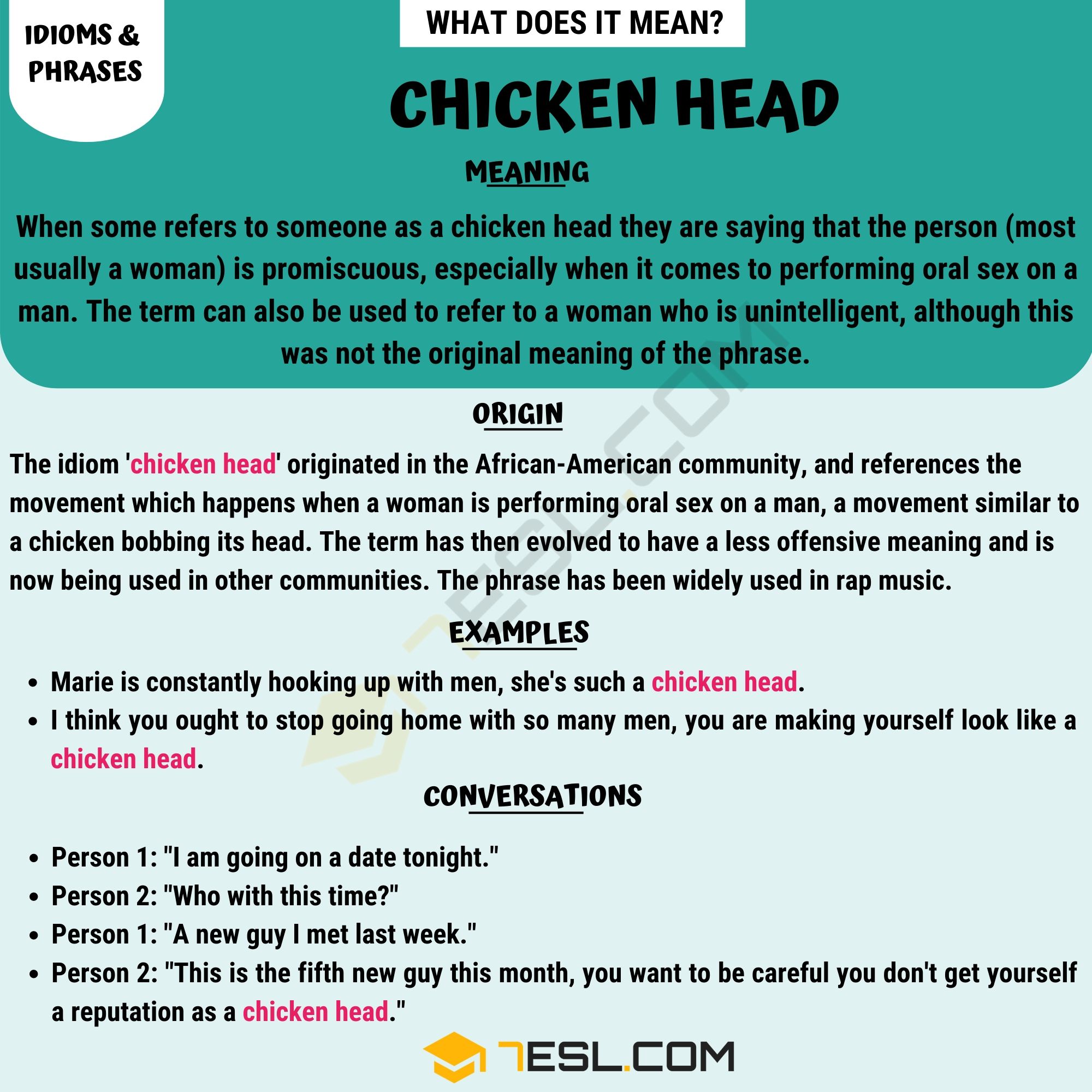