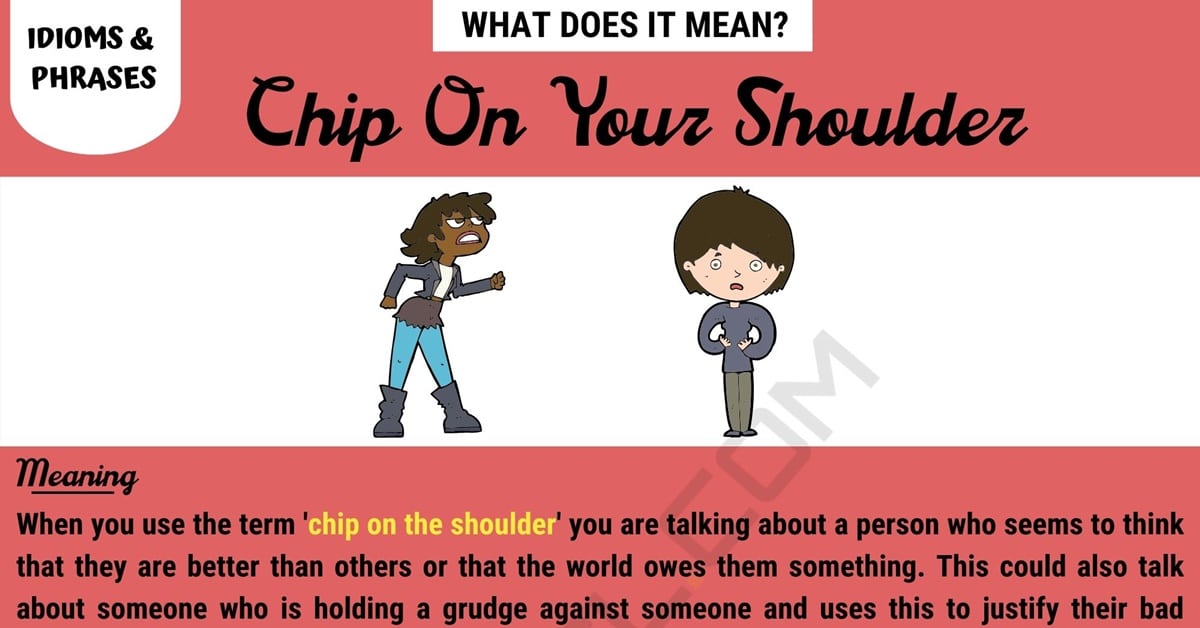 One very common phrase you might here in the English language is ‘chip on your shoulder’ or someone has ‘got a chip on their shoulder.’ But what does this strange sounding term mean and how can it be used in conversation? We are going to take a look behind the meaning of this term and where it first came from.

Chip On Your Shoulder

Chip On Your Shoulder Meaning

When you use the term ‘chip on the shoulder’ you are talking about a person who seems to think that they are better than others or that the world owes them something. This could also talk about someone who is holding a grudge against someone and uses this to justify their bad attitude.

The phrase ‘chip on your shoulder’ is originally believed to have come from the 19th century. People would carry a piece of wood (otherwise known as a chip) around the town and dare other people to knock the wood off. The term has then evolved to refer to someone with a bad attitude.

“Chip On Your Shoulder” Examples

You might use the term ‘chip on your shoulder’ to tell someone that they are behaving in an unacceptable fashion, for example you could say something like

You might also use it to talk about the bad attitude of another person, you could say something along the lines of

The statement is being made by a police officer.

This statement is being made by a father to his son.

If you would like to know how to use this phrase in your every day conversations but are unsure how, here are some examples of how it might sound.

There are many ways you might refer to someone as having a ‘chip on their shoulder’ using other words.

Here are some examples of how you could say it.

Chip On Your Shoulder Meaning | Picture 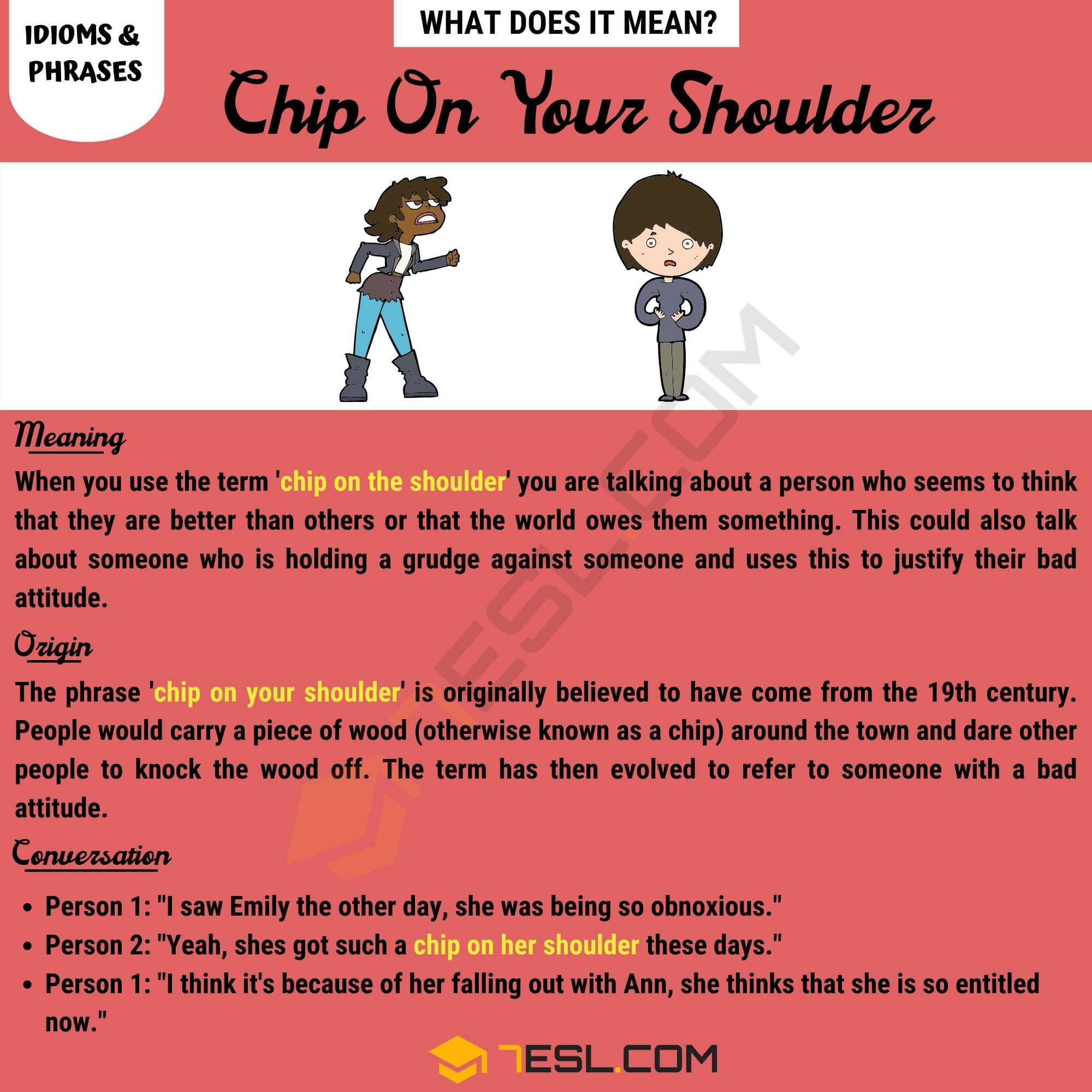