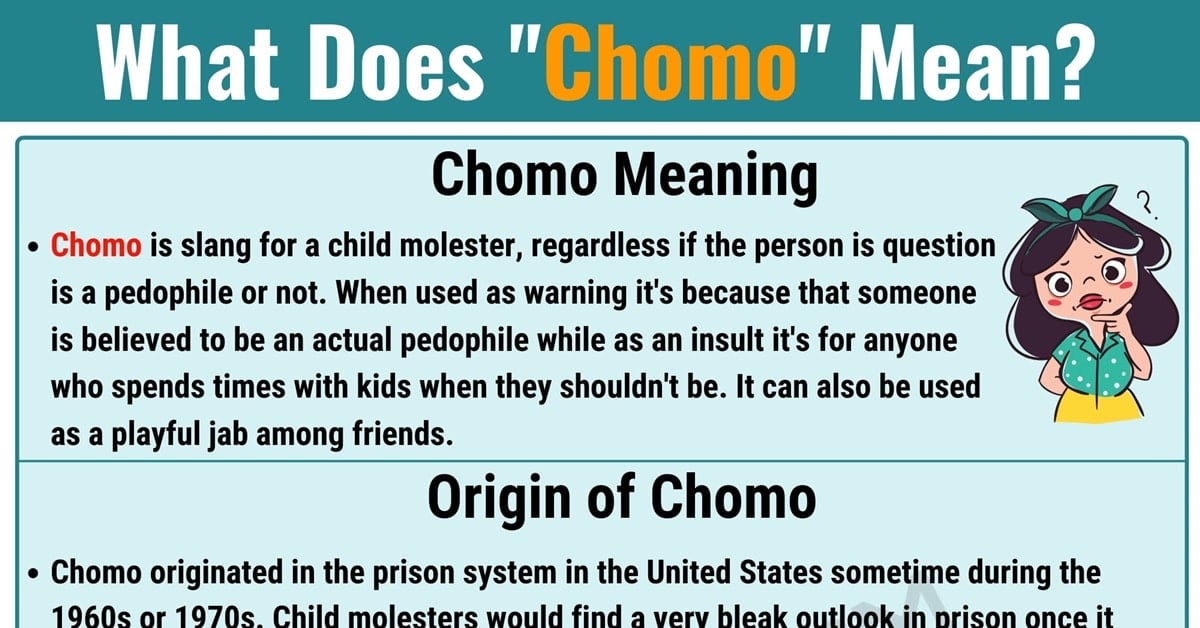 Slang that can be used as either an insult or as a warning. The following lesson provides the definition and the usage of this online slang term Chomo with ESL infographic and useful texting conversations in English.

What Does Chomo Mean?

Chomo is slang for a child molester, regardless if the person is question is a pedophile or not. When used as warning it’s because that someone is believed to be an actual pedophile while as an insult it’s for anyone who spends times with kids when they shouldn’t be. It can also be used as a playful jab among friends.

Chomo originated in the prison system in the United States sometime during the 1960s or 1970s. Child molesters would find a very bleak outlook in prison once it was uncovered what their crimes were. At best they would be shunned by the other inmates. At worst other inmates would attack the pedophile and possibly even kill them. The absolute worst thing to happen to child molesters was to be tortured by other inmates including castration, rape, and very brutal punishments including a use of a pipe and barbed wire. Slang from the prison yard slowly trickled into the public lexicon during the 1980s and some words, including chomo, began to see common use during the 1990s and 2000s.

No other meanings of chomo are recorded.

“Team. We have a new prisoner being sent to us this week. One Mr. Davidson. He’s been convicted on multiple accounts of child molestation and is, according to our sources among the inmates, a “chomo”. Please remember that it’s our duty to make sure the inmates behave. Keep a close eye on Mr. Davidson and do not let the other inmates attack him. I will not believe any “my back was turned” BS or tolerate anyone turning a blind eye. Thank you.”

Chomo can also be spelled as “Cho Mo” or ” Cho-Mo”. There is no difference to the meaning when these changes occur and the spelling can be used interchangeably. 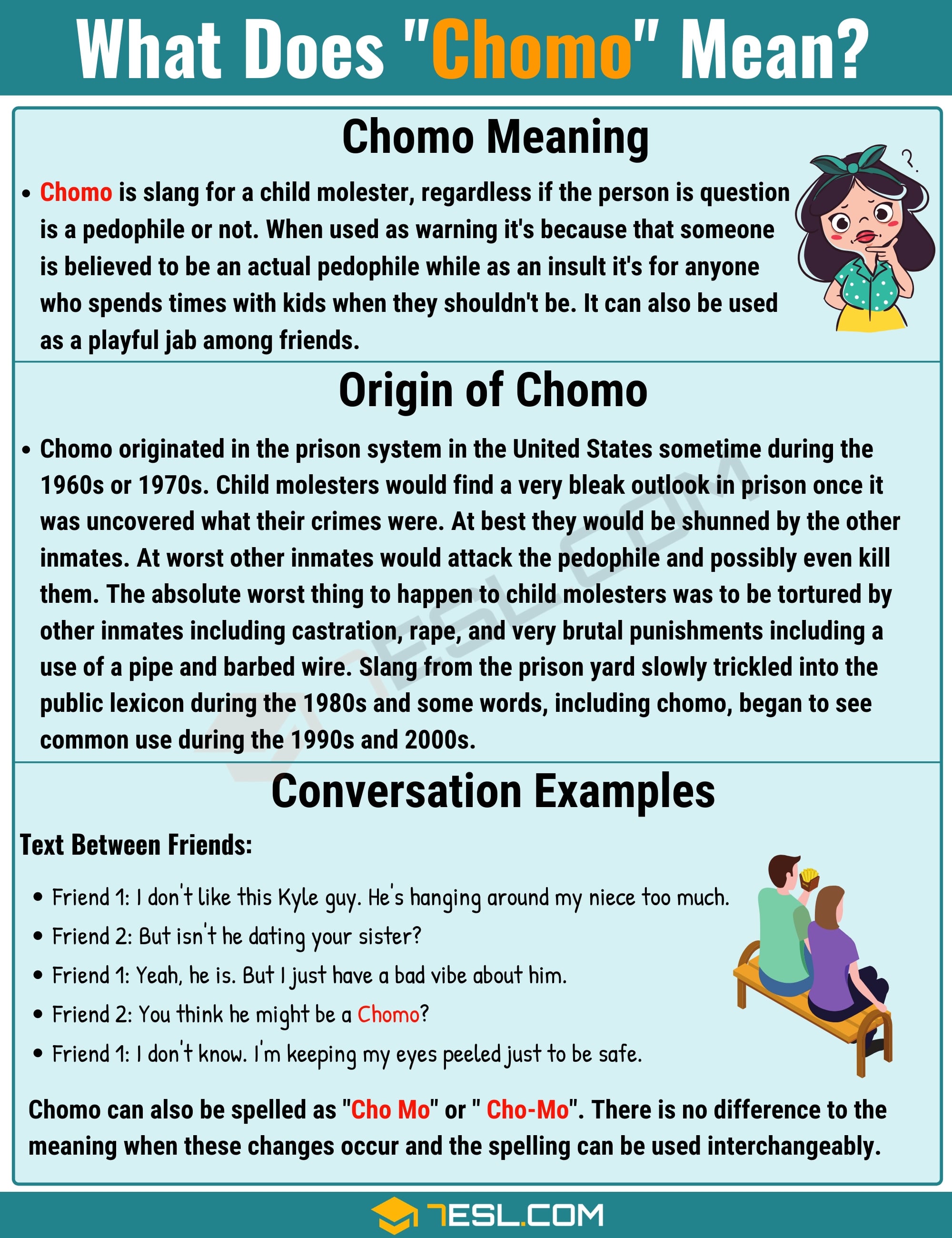