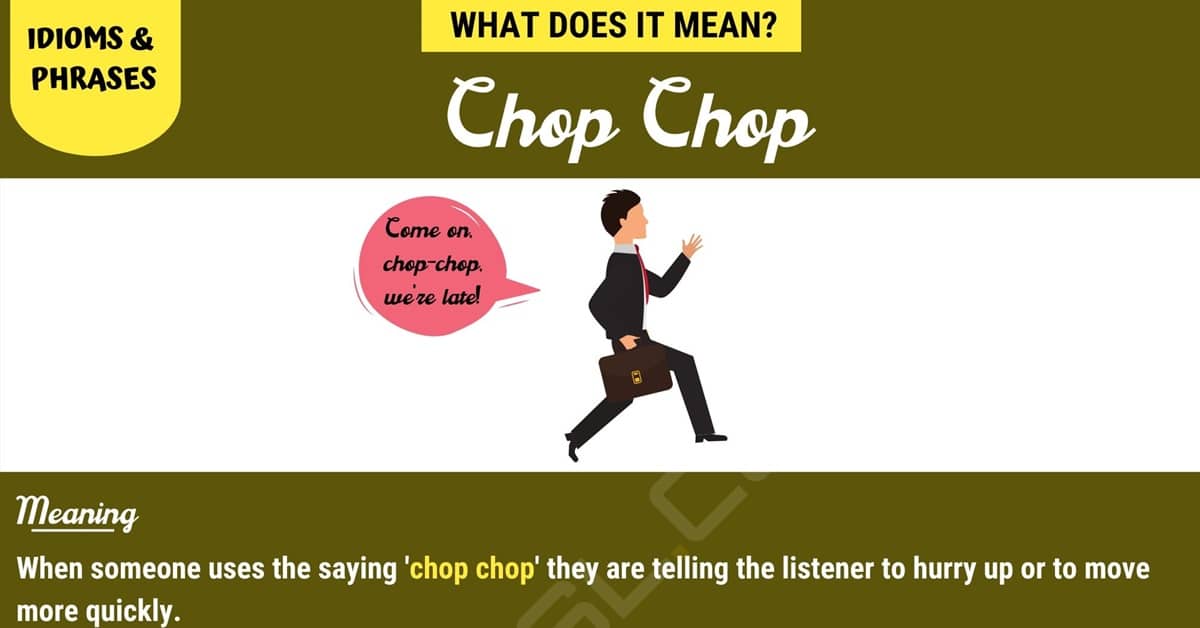 Have you ever heard someone say ‘chop chop’ and wondered what they are talking about? If so, read on because we are going to look at the meaning of this term and how we can use it in conversation. We will also find out where the phrase first came from and a little about its history.

When someone uses the saying ‘chop chop’ they are telling the listener to hurry up or to move more quickly.

The term ‘chop chop’ comes from the Cantonese language and the term ‘kwai kwai’ which was originally used by sailors at sea. Although it was originally Chinese sailors that used the term, it spread to English ones who adopted the phrase. The term means to hurry up but the words kwai kwai directly translate to chop chop.

There are plenty of other ways to express the meaning of the term ‘chop chop.’ Here are some other ways to you can say the phrase.

You would often hear a parent using the term ‘chop chop’ towards their children, perhaps when trying to leave the house in the morning.

You might also hear it in the work place as a friendly encouragement to speed up the work pace. For example a boss might say something like

The term is one which is intended to be used in a light and non-offensive sense.

If you would like to see how the phrase ‘chop chop’ fits into conversation, here are some examples of how it might sound.

What Does “Chop Chop” Mean? | Image 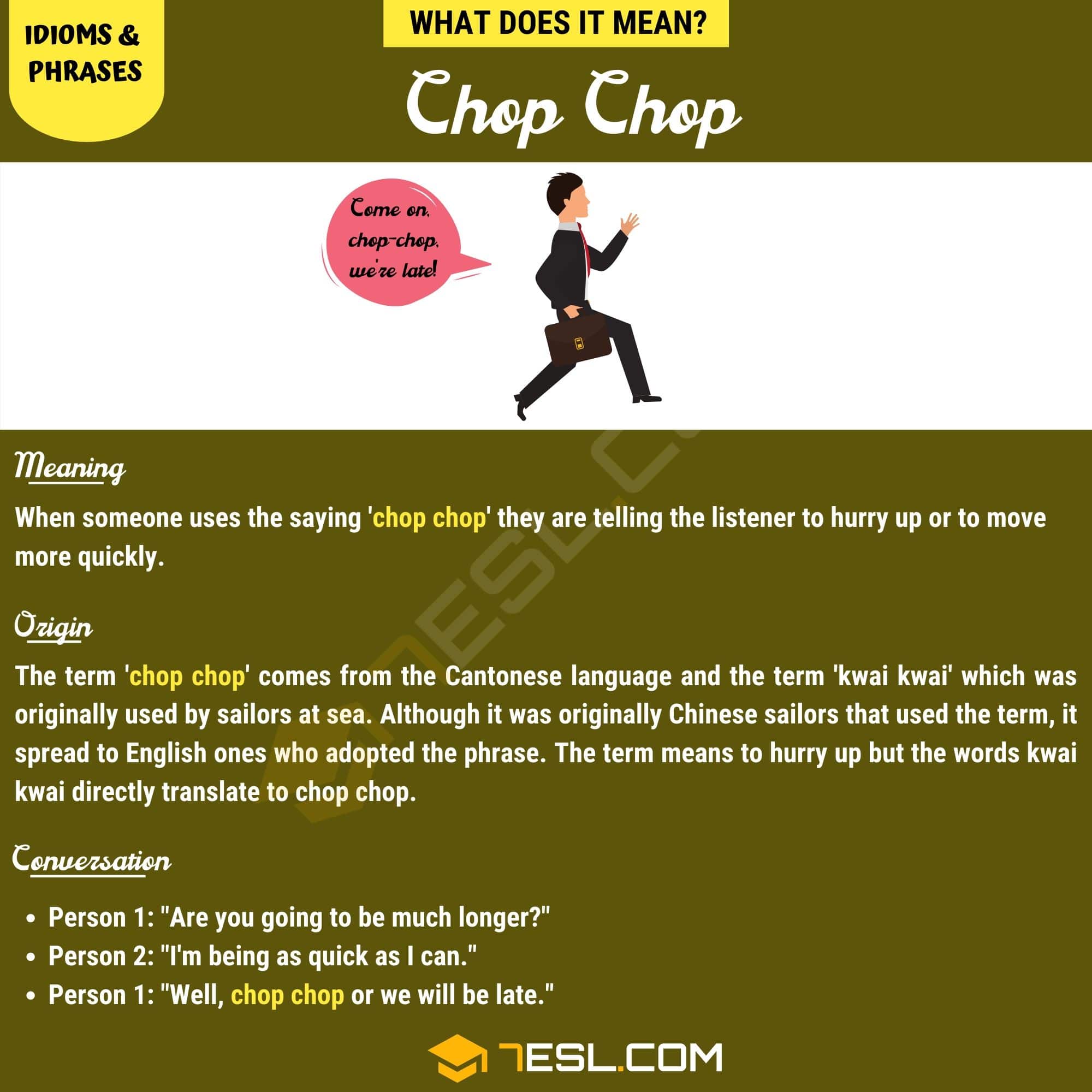