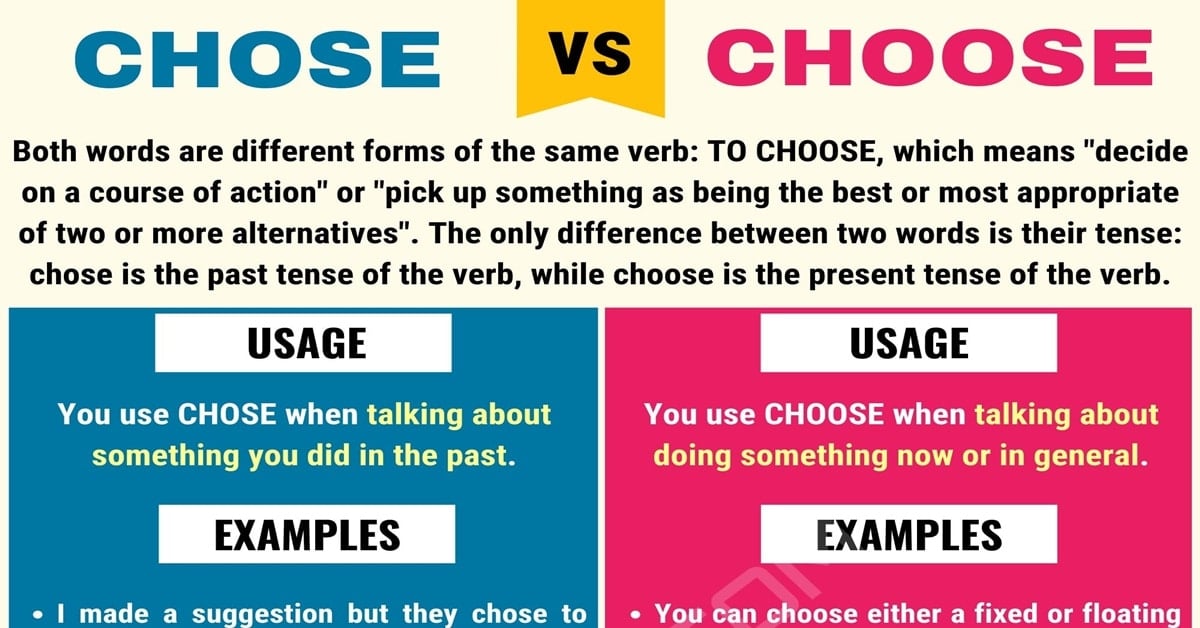 Learn the difference between chose vs. choose. When it comes to verbs, the different forms can be quite confusing. Fortunately, the confusion caused by these two words choose vs. chose can be cleared up with ease.

When to Use Choose

You use choose when talking about doing something now or in general.

When to Use Chose

You use chose when talking about something you did in the past.

Tips for the Differences between Choose vs. Chose

For remembering which of the two you should use, look at how the word choose looks like. It has two o’s in the middle which look like someone’s eyes. Pretend that you have to choose something really important right now, so you need both eyes (o’s in this case) for that.

How to Use Choose vs. Chose | Picture

Chose or Choose: Difference between Chose vs. Choose 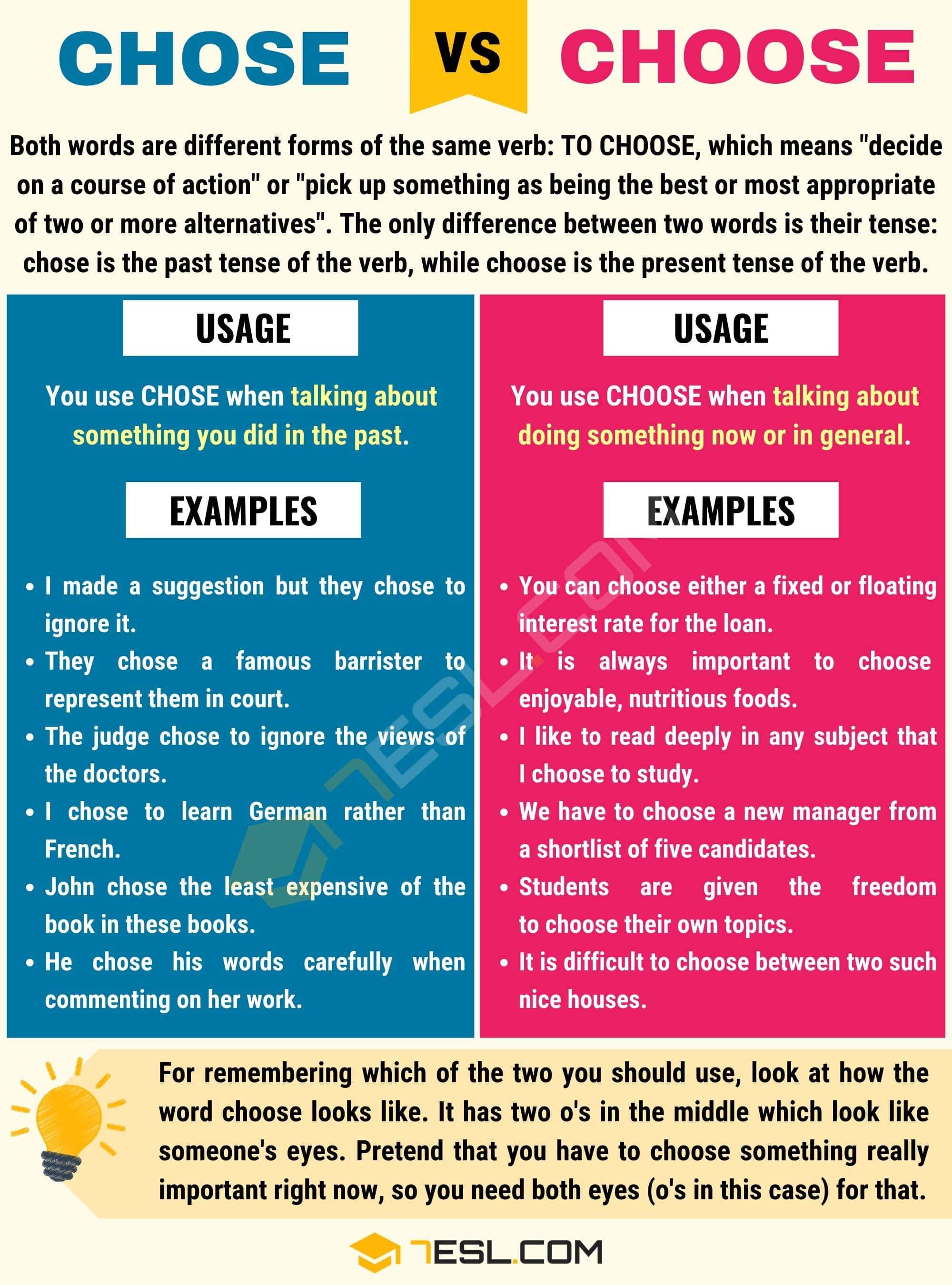