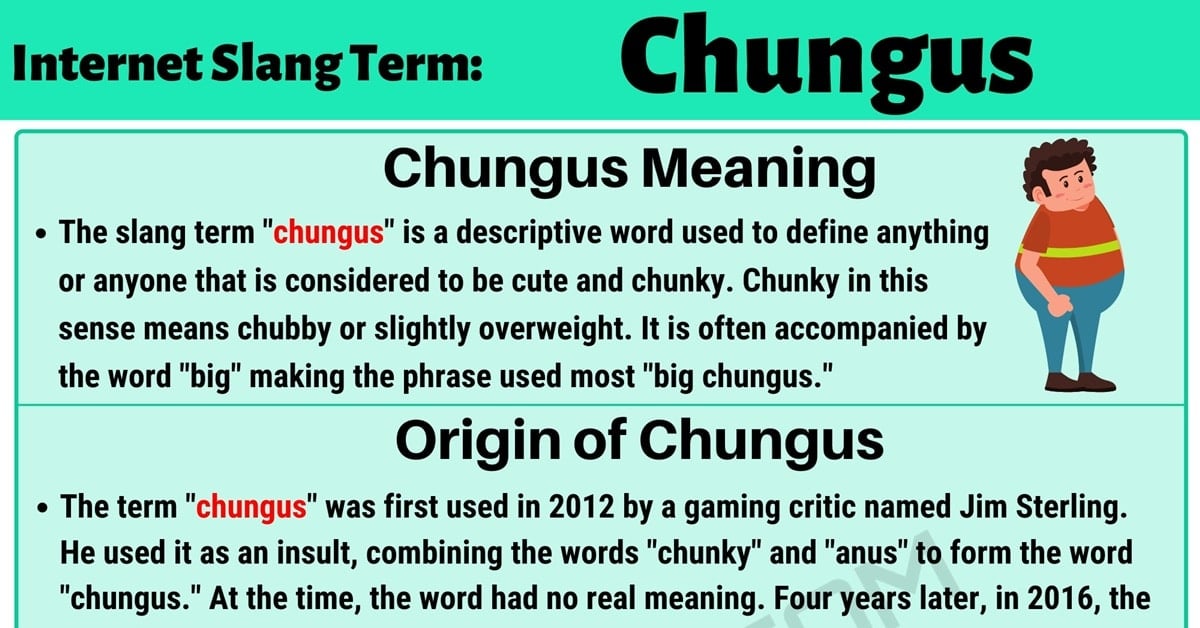 The slang term “chungus” is a strange sounding word. If you saw or heard it used, the sound of the word probably got your attention first, which led you to start wondering what it could possibly mean. If that is what has led you this page, then congratulations! You have come to the right spot.

Here you will find the meaning of term, the story of its origin, some other meanings if any exist, some example conversations featuring this term used properly, and some alternative words or phrases that would be considered synonyms for the term “chungus.”

What Does Chungus Mean?

The slang term “chungus” is a descriptive word used to define anything or anyone that is considered to be cute and chunky. Chunky in this sense means chubby or slightly overweight. It is often accompanied by the word “big” making the phrase used most “big chungus.”

The term “chungus” was first used in 2012 by a gaming critic named Jim Sterling. He used it as an insult, combining the words “chunky” and “anus” to form the word “chungus.” At the time, the word had no real meaning. Four years later, in 2016, the term “chungus” began being used on the site Reddit. In 2017, a picture of an overweight version of Bugs Bunny was posted to the site 4chan separately. A Reddit user combined the term “chungus” with this image the same year and added the word “big” in front of the term.

He used the image to create a fake Playstation 4 video game cover and posted it to the 4chan site. The meme spread to other sites like Twitter and then Facebook in 2018 when a story was published on the internet regarding a mother who tried to purchase this fake game for her child. Since its popularity peaked in 2019, the term “chungus” has been used as a general way to describe something cute or adorable and slightly overweight or chubby.

You only have to perform a simple search to find out that the slang term “chungus” does have some different meanings. Some say the word has no meaning at all. Others say the term means “God.” Some people say the word is a generalization to mean “everything and anything that exist or does not yet exist.”

A text discussion between friends. 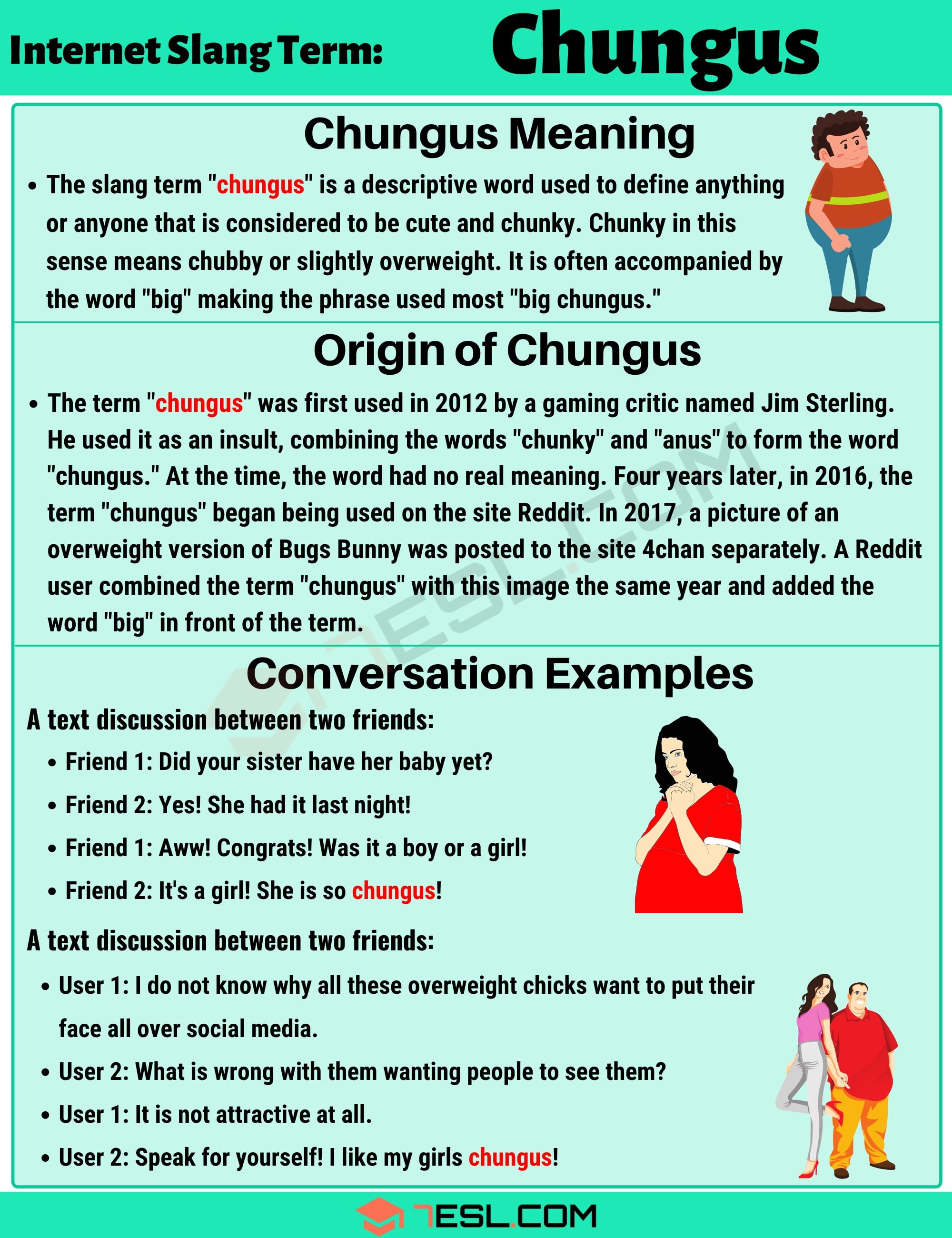 hello how do i can my dad chungus sus

Shut up or u will become a sky block island