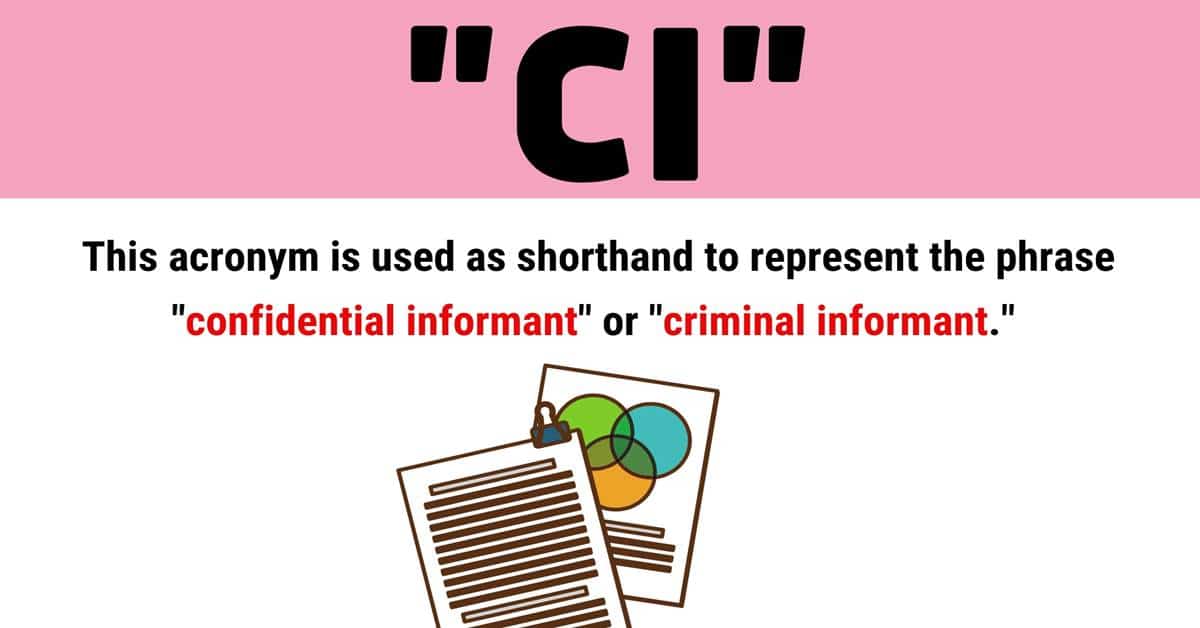 The acronym “CI” is not used widely on the internet and this is why you may have never seen it before now. Chances are, however, that you have encountered this phrase recently and made it to this page searching for meaning. Fortunately, you have made it to the right place. Here you will not only find the meaning of this term, but you will also find some information regarding its origin and some other meanings. You will also have the opportunity to see the term used in some conversation examples as a means to help you better understand its definition and how it is used correctly in a conversation. Finally, you will see some synonymous words or phrases that you could use to substitute other terms for this acronym and the phrase it represents.

What Does “CI” Mean?

This acronym is used as shorthand to represent the phrase “confidential informant” or “criminal informant.” This phrase is used to represent a person or persons who inform law enforcement officials on the criminal activities of someone else without them knowing.

Although there is no specific information regarding a time frame that this term was first used, the acronym did originate in the field of law enforcement where it was and still is used by police and the judicial system in general.

There are a few other meanings that are mentioned for this acronym. Some say it can be used as a standalone term used to represent the word “cigarette.” It can also be used as a standalone term as the technical name for a type of Serbian coffin. As an acronym, the term is said to be a way to refer to the television show Law and Order: Criminal Intent. It can also be used as an acronym to represent the phrase “Christian Identity” and to represent a well-known place in New York known as “Coney Island.” There are some other meanings mentioned as well, but there are too many to list them all here.

Some of the other phrases that you could use to represent this acronym or the phrase that it represents include: 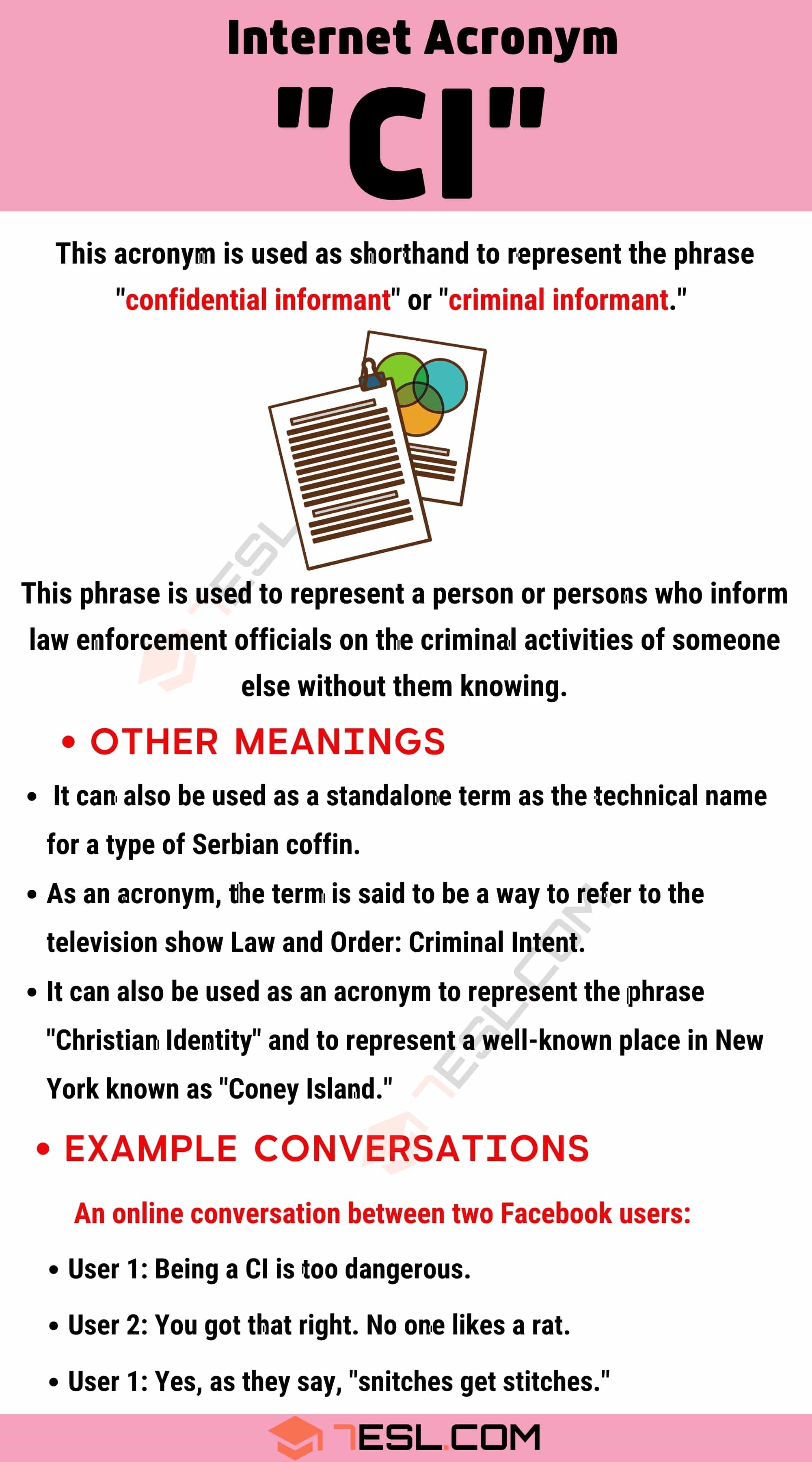