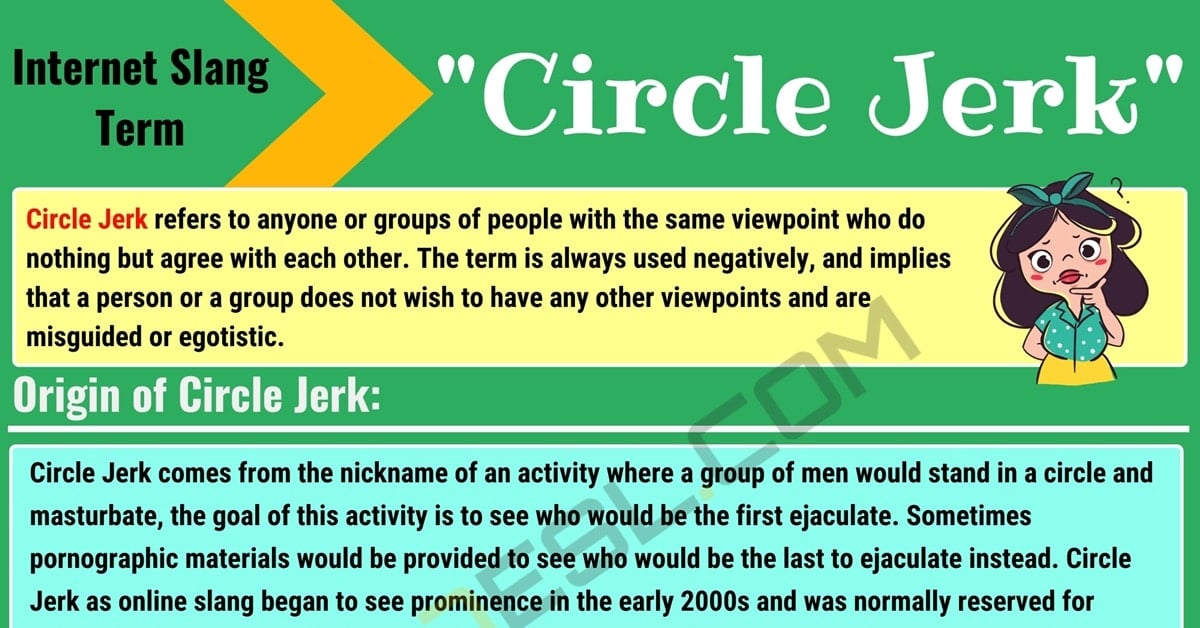 Circle Jerk is an older slang term that has seen much resurgence in online and offline discussions in the 2010s, especially when involved with groups with a certain view point.

What Does Circle Jerk Mean?

Circle Jerk refers to anyone or groups of people with the same viewpoint who do nothing but agree with each other. The term is always used negatively, and implies that a person or a group does not wish to have any other viewpoints and are misguided or egotistic.

Circle Jerk comes from the nickname of an activity where a group of men would stand in a circle and masturbate, the goal of this activity is to see who would be the first ejaculate. Sometimes pornographic materials would be provided to see who would be the last to ejaculate instead. Circle Jerk as online slang began to see prominence in the early 2000s and was normally reserved for political debates where all sides would agree with one another. By the late 2000s and into the 2010s, the term began to be used on anyone or certain groups that had a single viewpoint and would only discuss this viewpoint and nothing else.

Circle Jerk’s other meaning is the sexual practice as discussed in origin.

Other Ways To Say The Slang Word

Typically, Circle Jerk will be used by itself but the space between the two words may be removed to create “circlejerk”. Adding – ing is common for present tense, although Circle Jerk can be used in both the past, present, and future tense. 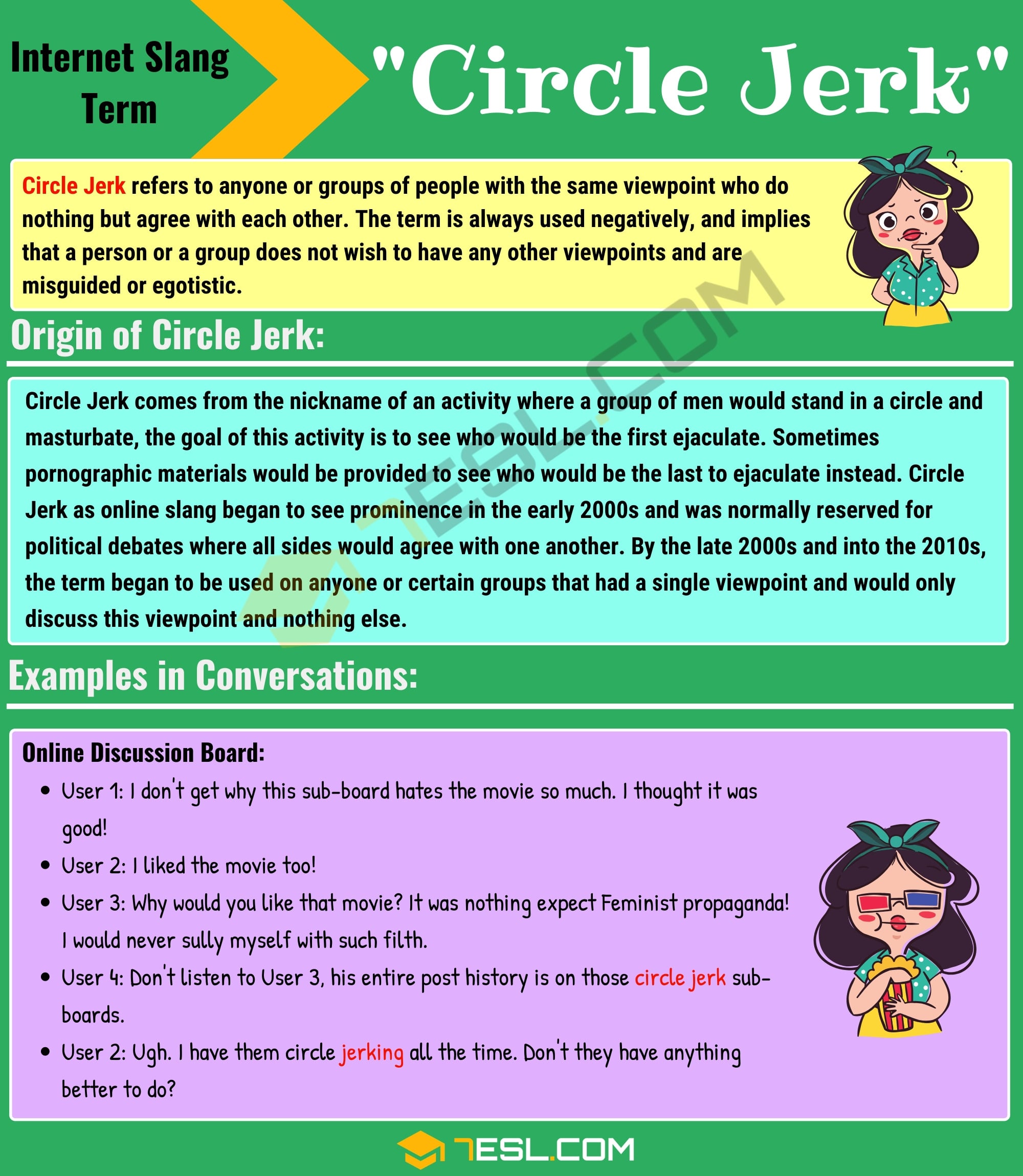