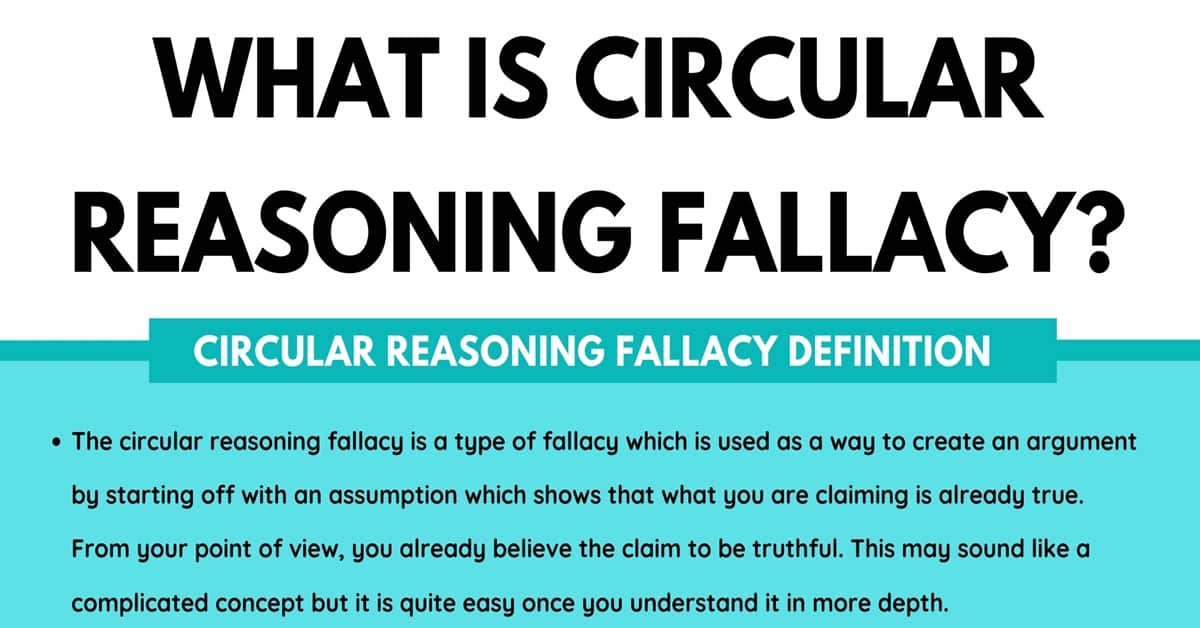 What Is Circular Reasoning Fallacy?

The circular reasoning fallacy is a type of fallacy which is used as a way to create an argument by starting off with an assumption which shows that what you are claiming is already true. From your point of view, you already believe the claim to be truthful. This may sound like a complicated concept but it is quite easy once you understand it in more depth.

By the end of an example of circular reasoning fallacy, the argument will have come full circle, without actually having proven anything. It will use the fact that point 1 can prove point 2.

Circular reasoning fallacy can be a great way of convincing an audience who are already of the belief that the claim being made is true and so is often used to target these types of audience. However, if the audience does not already believe the claim then circular reasoning is simply not as effective.

Now that we have a better understanding of circular reasoning fallacy, we are going to take a look at some examples of how it might be used.

Circular reasoning in a form of fallacy in which the writer or speaker makes an argument based on a claim that is already believed. The argument assumes that point 1 will prove point 2 and therefore makes a claim with no clear conclusion. Whilst this type of fallacy can be successful in convincing an audience that is already of the same belief of the one making the claim, it can be very unsuccessful if the audience is not already on board. 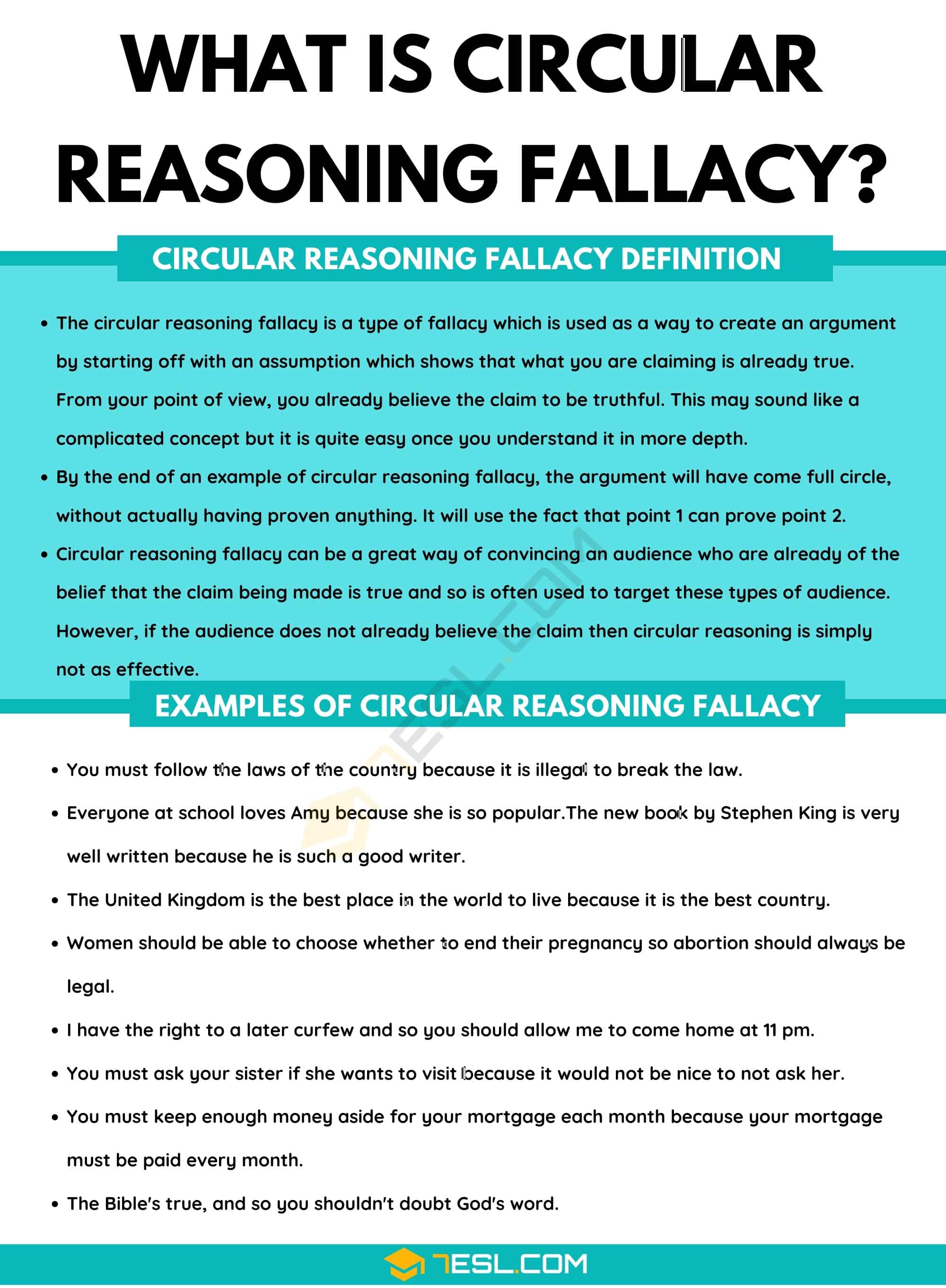