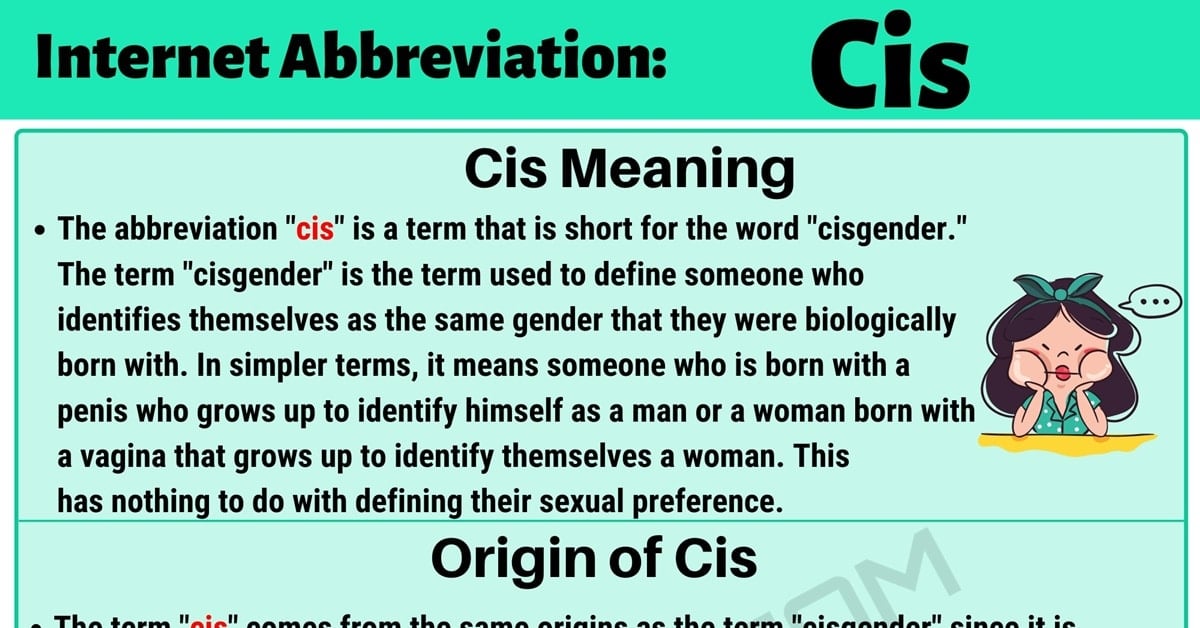 What does “Cis” mean? With the current happenings in the world in recent years, odds are you have encountered the abbreviation “cis” in some form or another on the internet. Whether you have or haven’t, odds are that curiosity about the term has bought you to this page.

Here you will find the meaning of the abbreviation, the information behind its origin, some other possible meanings if any exist, and some conversation examples that illustrate proper usage of the term to provide further understanding. You will also discover some alternative words or phrases that you can use in place of the abbreviation “cis” that will allow you to convey the same message.

What Does “Cis” Mean?

The abbreviation “cis” is a term that is short for the word “cisgender.” The term “cisgender” is the term used to define someone who identifies themselves as the same gender that they were biologically born with. In simpler terms, it means someone who is born with a penis who grows up to identify himself as a man or a woman born with a vagina that grows up to identify themselves a woman. This has nothing to do with defining their sexual preference.

The term “cis” comes from the same origins as the term “cisgender” since it is simply a shortened form of this word. “Cis-” is used in several medical terms way before the origin of the term “cisgender.” The Latin prefix “cis-” means “on this side of” or “on the same side of.” Therefore, “cisgender” means you are not arguing with yourself about your gender and have identified as the same gender you were determined to be at the time of your birth. The term “cis” and “cisgendered” has been used interchangeably since the 1990s.

There are currently no other known meanings of the abbreviation “cis” being used as a term. Although several medical terms begin with this same prefix, they are normally referred to using the entire word rather than just the prefix. 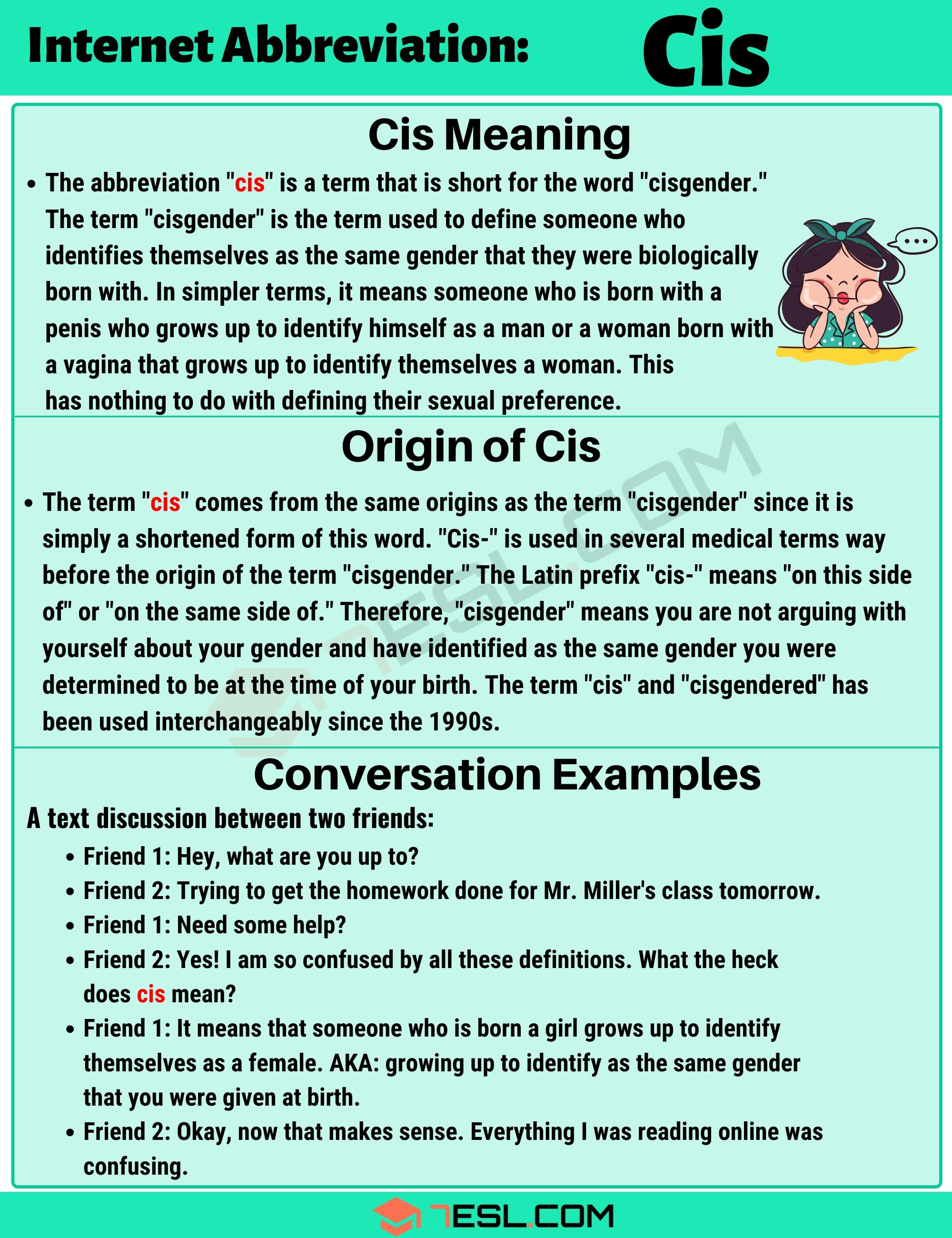