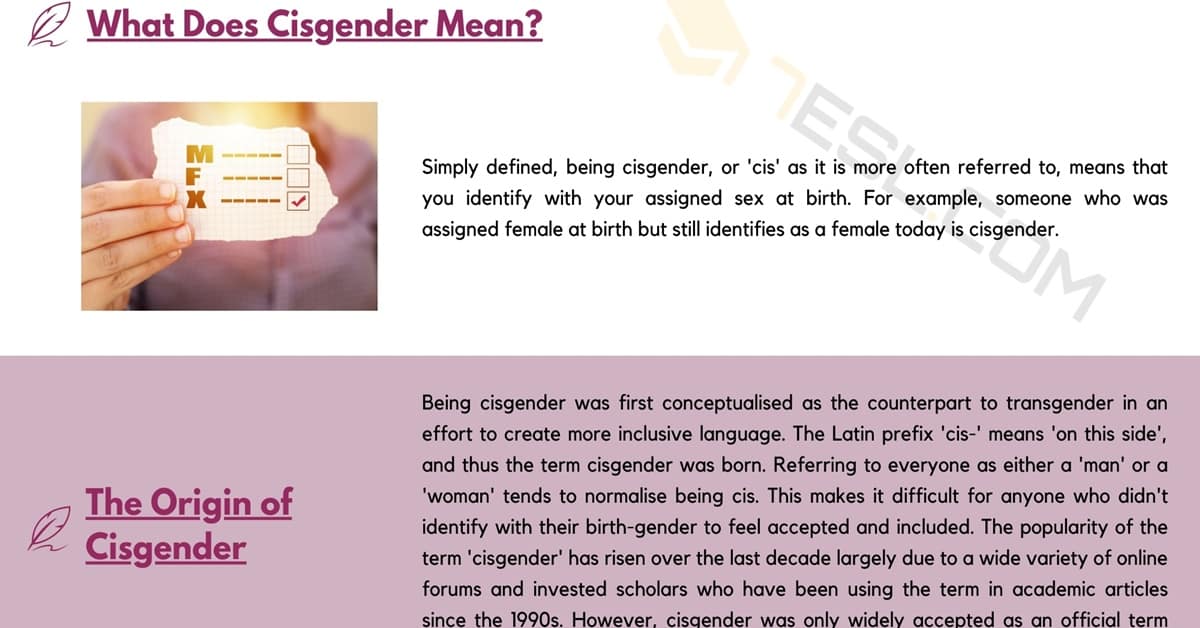 The complex topic of gender is fast becoming a frequent visitor in everyday conversation. With this comes a myriad of new terms used to define one’s gender identity, and one of these terms is cisgender.

What Does Cisgender Mean?

Simply defined, being cisgender, or ‘cis’ as it is more often referred to, means that you identify with your assigned sex at birth. For example, someone who was assigned female at birth but still identifies as a female today is cisgender.

The Origin of Cisgender

Being cisgender was first conceptualised as the counterpart to transgender in an effort to create more inclusive language. The Latin prefix ‘cis-‘ means ‘on this side’, and thus the term cisgender was born. Referring to everyone as either a ‘man’ or a ‘woman’ tends to normalise being cis. This makes it difficult for anyone who didn’t identify with their birth-gender to feel accepted and included. The popularity of the term ‘cisgender’ has risen over the last decade largely due to a wide variety of online forums and invested scholars who have been using the term in academic articles since the 1990s. However, cisgender was only widely accepted as an official term from 2015 when it was added to the Oxford Dictionary.

Other Meanings of Cisgender

A common misconception when people hear the term ‘cisgender’ is that they assume it relates to sexual orientation as well. This is presumably due to the unspoken necessity of labelling oneself based on gender and/or sexual orientation amongst the LGBTQIA+ community. Cisgender refers only to one’s gender identity and has no connotations towards one’s sexual orientation. Additionally, the initial reaction from most to hearing the term cisgender is assuming that anyone who is cisgender is also ‘straight’; this is not the case, as being cisgender and being ‘straight’ are not mutually inclusive.

It is not unheard of anymore for individuals to introduce themselves with ‘my name is X, I’m cis, my pronouns are she/her‘. Including one’s pronouns in social media biographies as well is something that is becoming popularised across several platforms. Adopting this simple addition to your introductions is the perfect way to keep the conversation around gender identity relevant and moving forward.

Currently there is a movement to use terms such as ‘cis-man’ or ‘cis-woman’ when referring to gender identity. By using the ‘cis-‘ prefix, there is hope that gender normative terms such as ‘man’ or ‘woman’ can be replaced by the more inclusive terms, thus reshaping the idea of what is ‘normal’ in terms of gender. 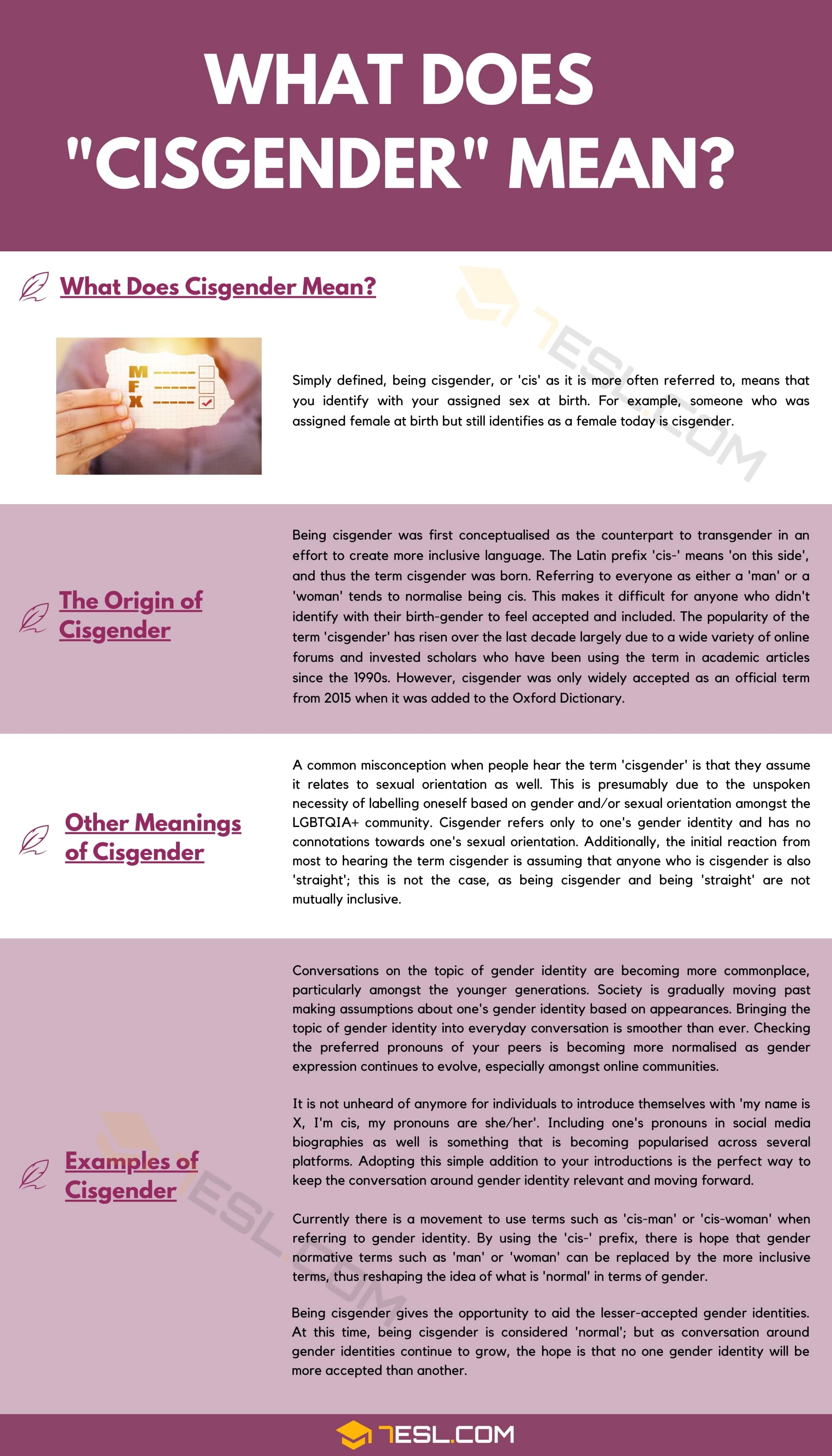 ERSTER FIRST ONE is everyone Who identtifies as what HE was born then cis?