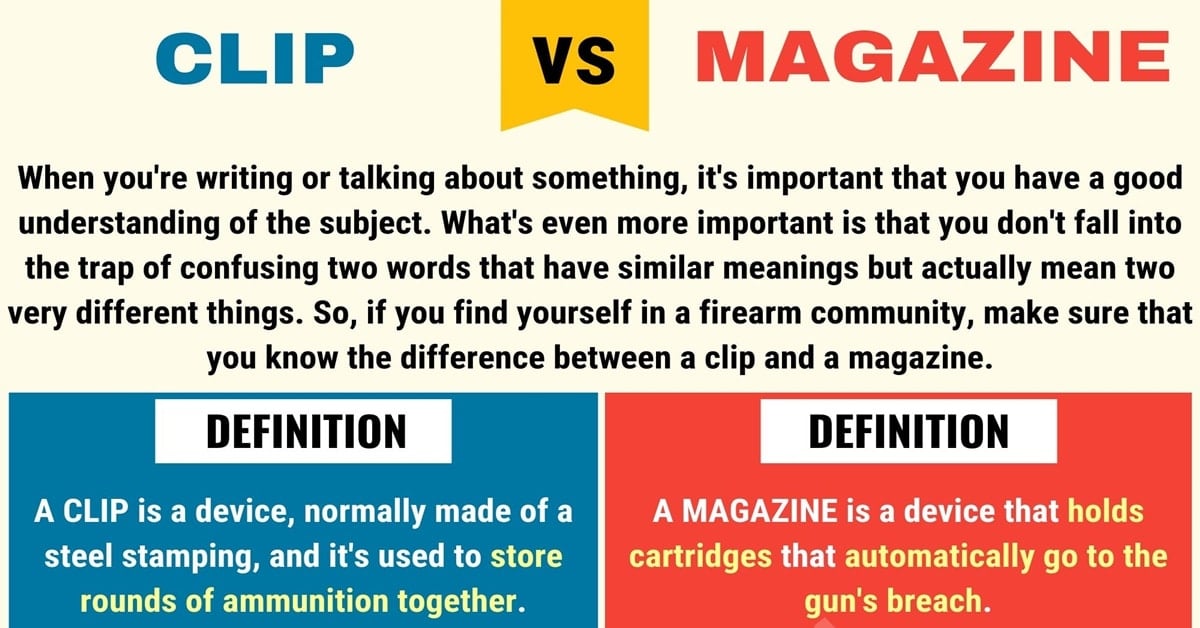 Clip vs. magazine! When you’re writing or talking about something, it’s important that you have a good understanding of the subject. What’s even more important is that you don’t fall into the trap of confusing two words that have similar meanings but actually mean two very different things. So, if you find yourself in a firearm community, make sure that you know the difference between a clip and a magazine.

A CLIP is a device, normally made of steel stamping, and it’s used to store rounds of ammunition together. In a clip, they form a single unit that can then be inserted into the magazine of a gun. So, a MAGAZINE is a device that holds cartridges that automatically go to the gun’s breach. This is the part of the gun from which the ammunition is passed to the firing chamber.

Every single gun, apart from a revolver, has a magazine. However, you won’t find a clip everywhere; many guns can be filled with ammunition with a hand, so a clip simply isn’t needed.

Tips for Using Magazine vs. Clip

In short, you need a clip to load a magazine, and you need a magazine to further supply the firing chamber with ammunition. But how do you remember which is which? There’s a pretty simple trick that will help you.

Going away from guns, what is a clip? It’s a short sequence. If you compare it to a magazine, a very long publication that can exceed a hundred pages, you’ll see that it’s a lot shorter. If you think about it, it’s only logical that in a firearm context, a clip is also much smaller than a magazine as well. 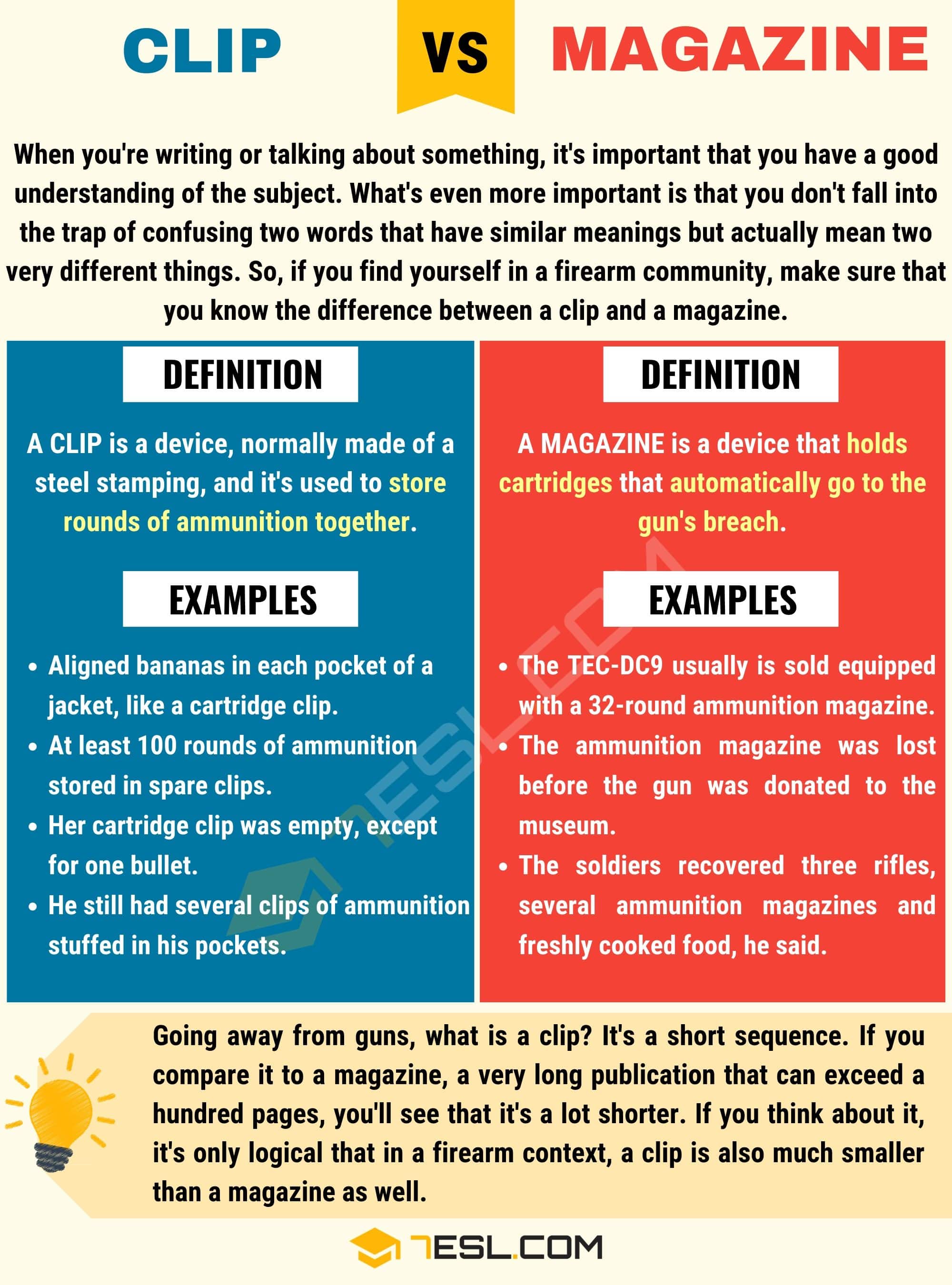 Clip vs. Magazine: Difference between Magazine vs. Clip