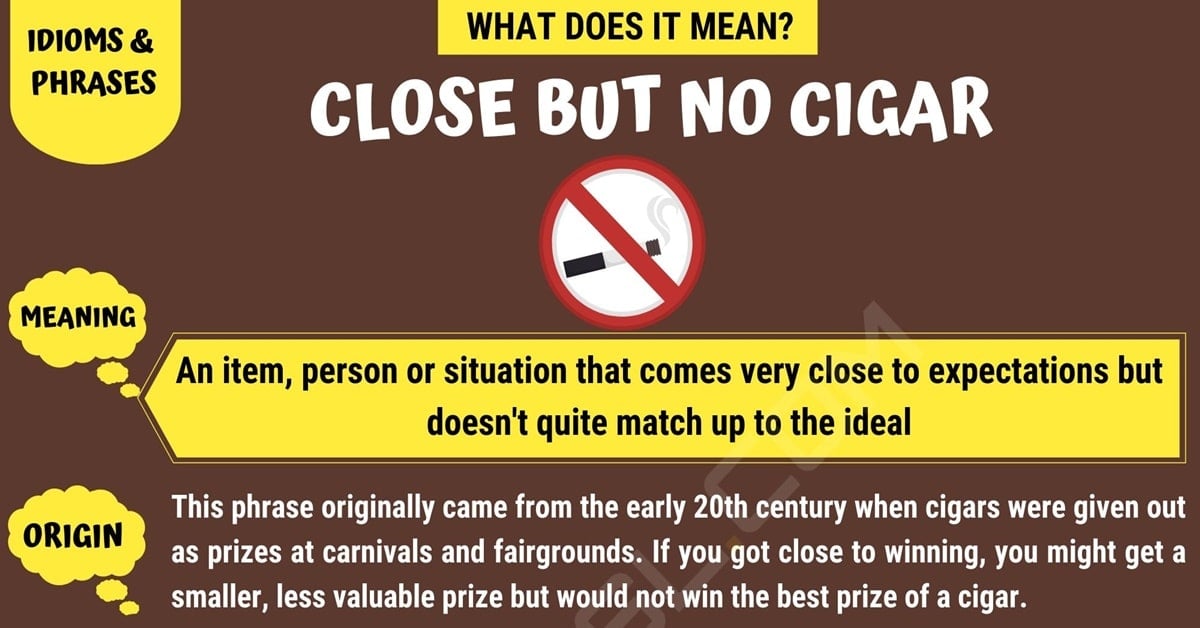 The term ‘close but no cigar’ is one that can be found often in English speech or written language. But what is the meaning of this common saying and where did it come from? Have you ever wondered how to use it in your every day conversations? We are going to explore the meaning of the phrase, it’s history and how we can use it.

Close But No Cigar

Close But No Cigar Meaning

The meaning of the term ‘close but no cigar’ refers to an item, person, or situation that comes very close to expectations but doesn’t quite match up to the ideal.

This phrase originally came from the early 20th century when cigars were given out as prizes at carnivals and fairgrounds. If you got close to winning, you might get a smaller, less valuable prize but would not win the best prize of a cigar.

“Close But No Cigar” Examples

You could use this saying in a whole variety of situations. A good example would be if you were to take your friend out for the evening to a lovely restaurant. Your friend might enjoy the meal but say something along the lines of

You could also use it if you have asked someone to get something for your from a shop, for example you may have asked for a blue sweater but your friend returned with a blue T-shirt. You might then say

You can use the term to describe anything that is good but doesn’t match up to the best preference in that situation.

Here are some examples of how you might hear the term ‘close, but no cigar’ in a conversation.

If you want to express the meaning of this idiomatic term using other words, there are many options. Here are a few examples.

Close But No Cigar Meaning | Picture 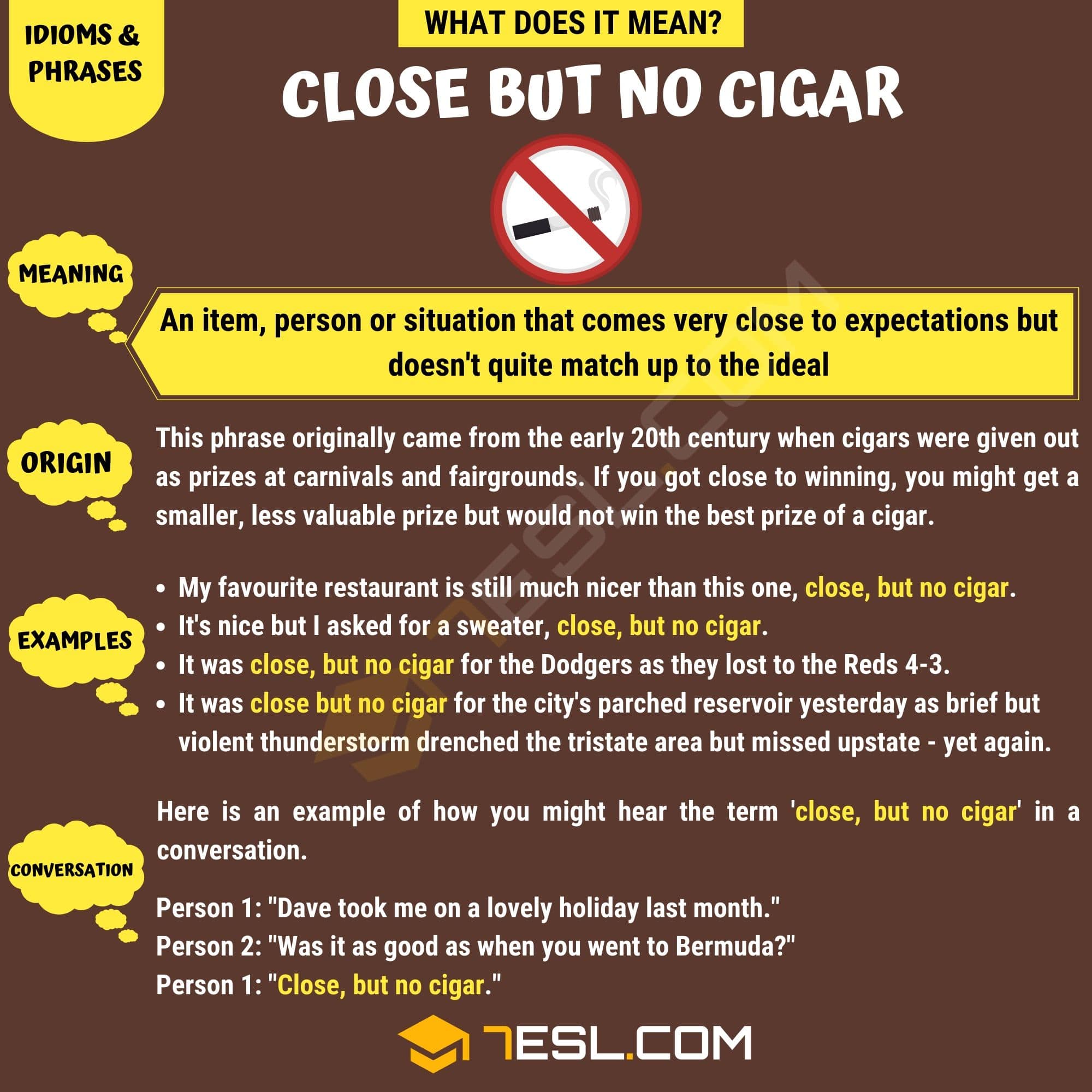