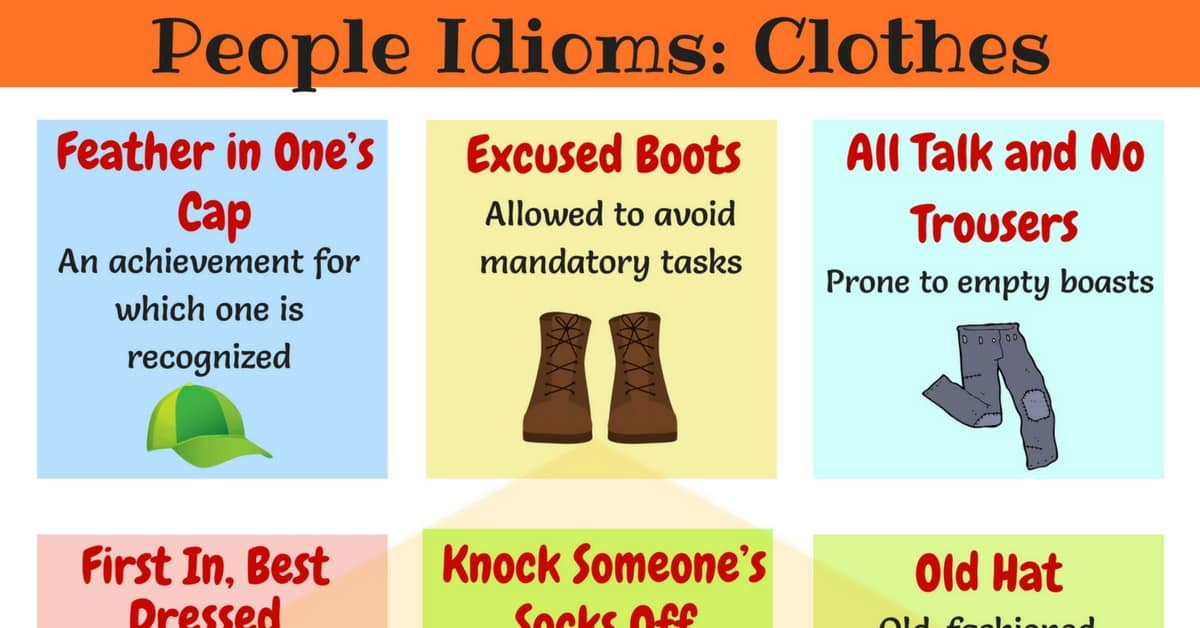 Clothes Idioms with Meaning and Examples

All Talk and No Trousers

At the Drop of a Hat

Note: This is rather rare.

Keep It Under Your Hat

Mutton Dressed Up as Lamb

Note: This is rather sexist and is now rather rare, used mostly humorously.

Shake the Dust off Your Shoes (Feet)

Note: This idiom is of biblical origin, and it’s most commonly used in religious contexts.

Throw Down the Gauntlet 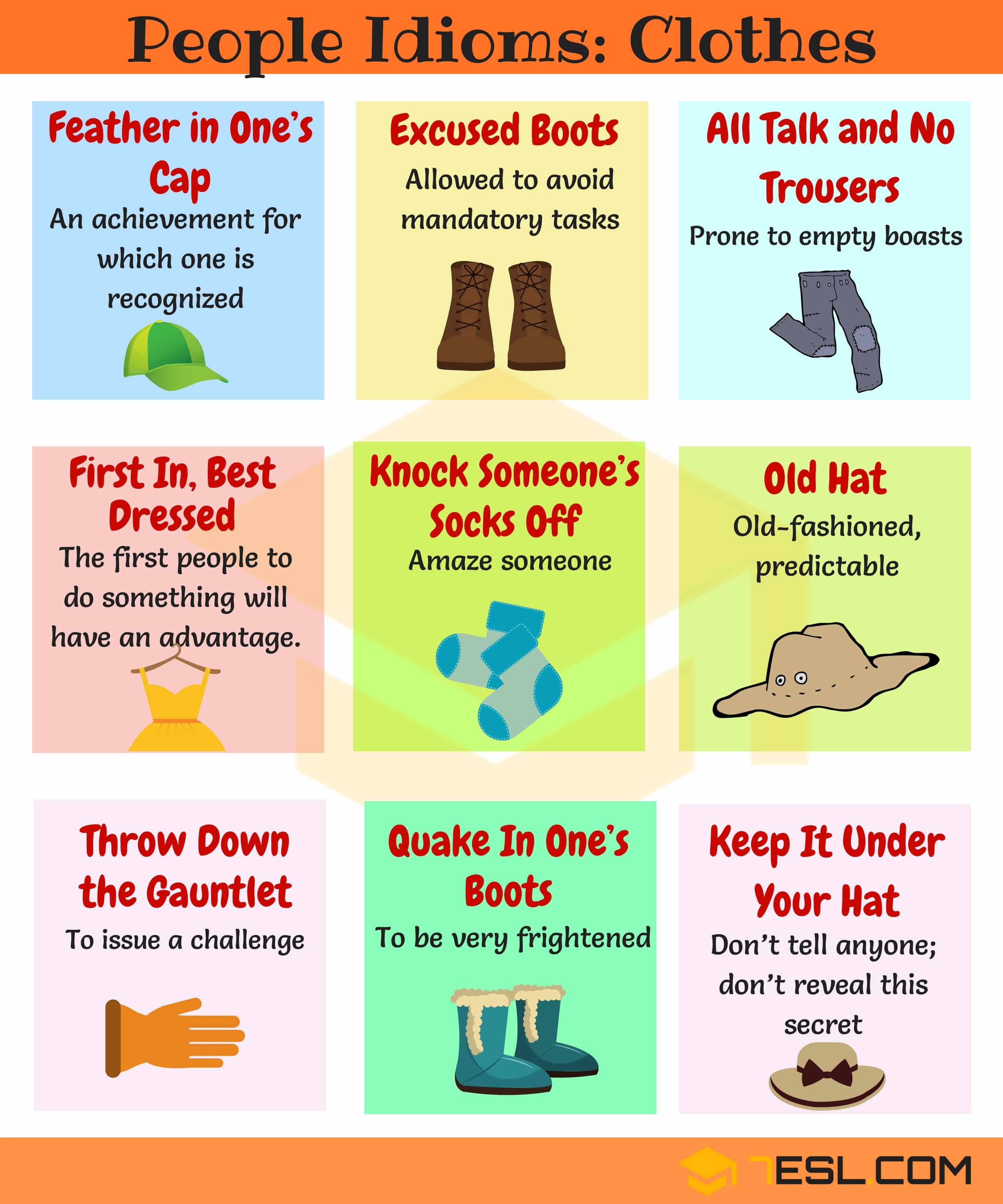