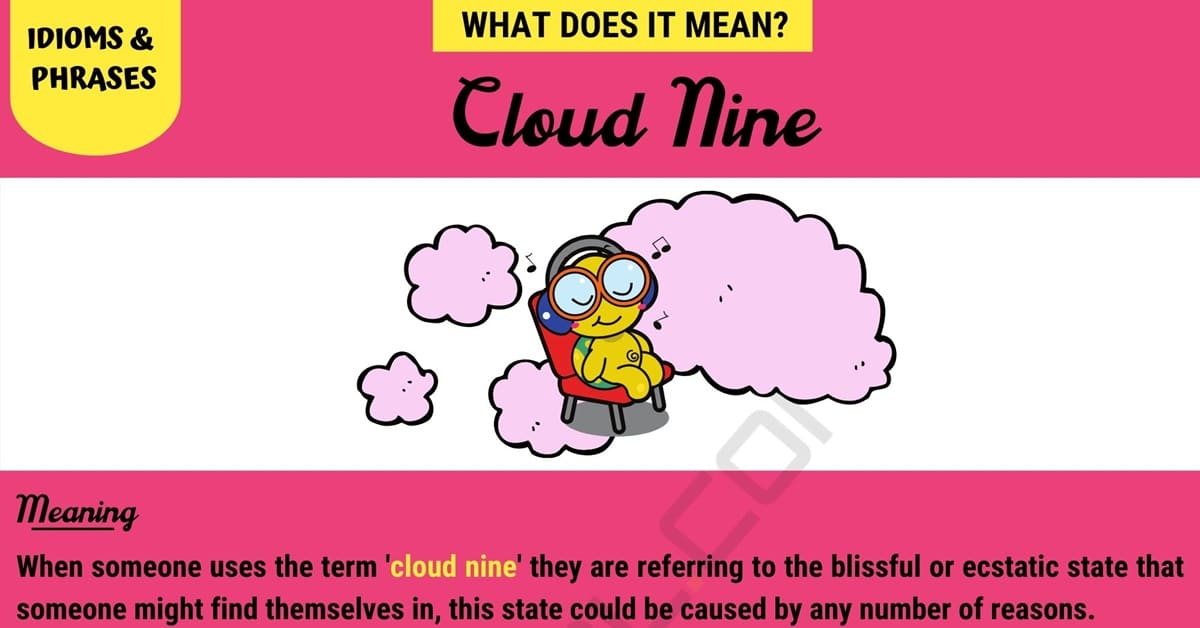 You may have heard someone use the term ‘cloud nine’ on many occasions during English speech. But what is the meaning of this term and where did it originally come from? We are going to look into how to use this phrase along with its origins and what it means.

When someone uses the term ‘cloud nine’ they are referring to the blissful or ecstatic state that someone might find themselves in, this state could be caused by any number of reasons.

The term ‘cloud nine’ is considered to have two possible origins, the first being from Buddhism where the phrase is made in reference to one of the final stages of enlightenment. The other explanation is that in the 1950s there were certain classifications of cloud within the weather system and cloud nine referred to a particularly attractive and fluffy type of cloud.

You would use the term ‘cloud nine’ to refer to someone who is extremely happy in their current situation, for example, you might say something like

You can also use the phrase to refer to how you are feeling yourself, for example

If you are wondering how the phrase ‘cloud nine’ might look in a conversation, here are some examples of that.

There are many ways to express the meaning behind the idiomatic term ‘cloud nine.’ Here are a few examples. 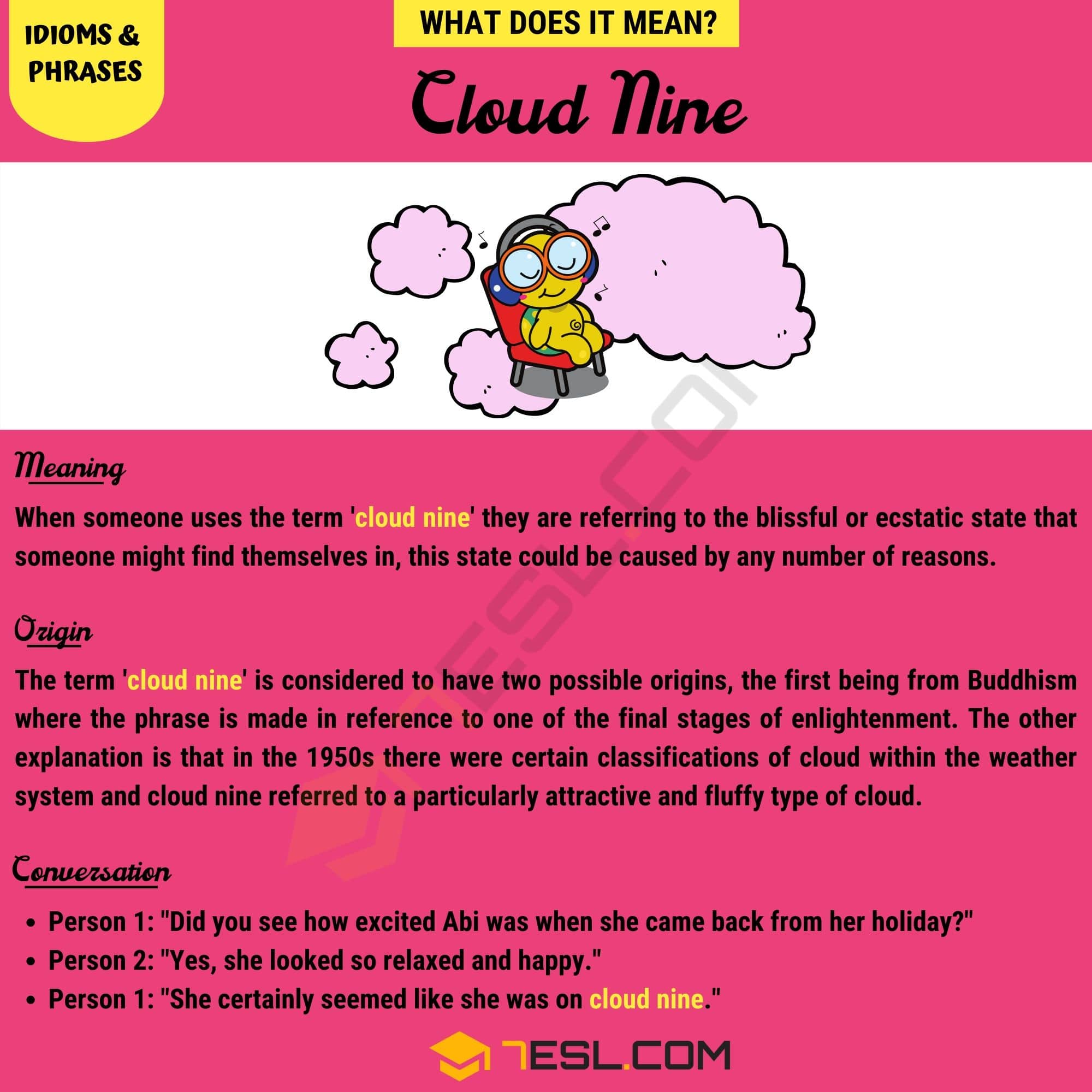