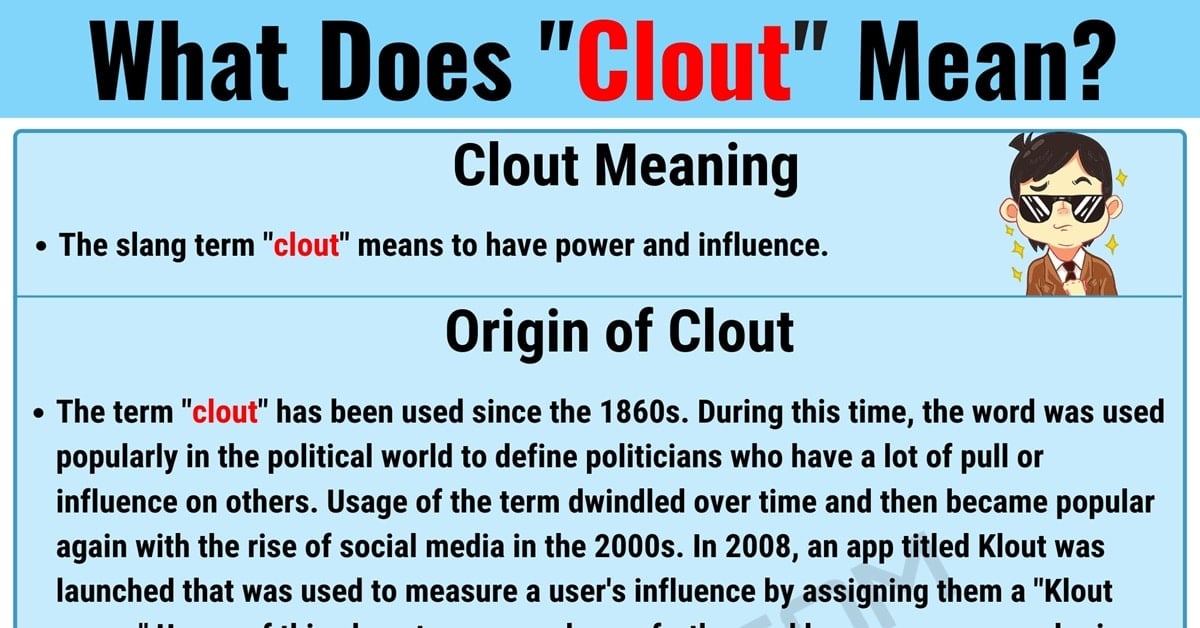 The slang term “clout” is a term that you may have heard before due to its popularity. If you found yourself wondering what this term meant, then you have landed in the right spot. In this article, you will find out the meaning of the slang term “clout” and discover information about its origin.

You will also see possible other meanings if any exist and see the term used properly in example conversations so you can gain a further understanding from the term used in context. Finally, you will discover some alternate words or phrases that you can use in place of this term to convey the same meaning.

What Does Clout Mean?

The slang term “clout” means to have power and influence.

The term “clout” has been used since the 1860s. During this time, the word was used popularly in the political world to define politicians who have a lot of pull or influence on others. Usage of the term dwindled over time and then became popular again with the rise of social media in the 2000s. In 2008, an app titled Klout was launched that was used to measure a user’s influence by assigning them a “Klout score.” Usage of this slang term spread even further and became more popular in the 2010s and is a popular slang term still used today.

There are currently no other known meanings of the slang term “clout.” 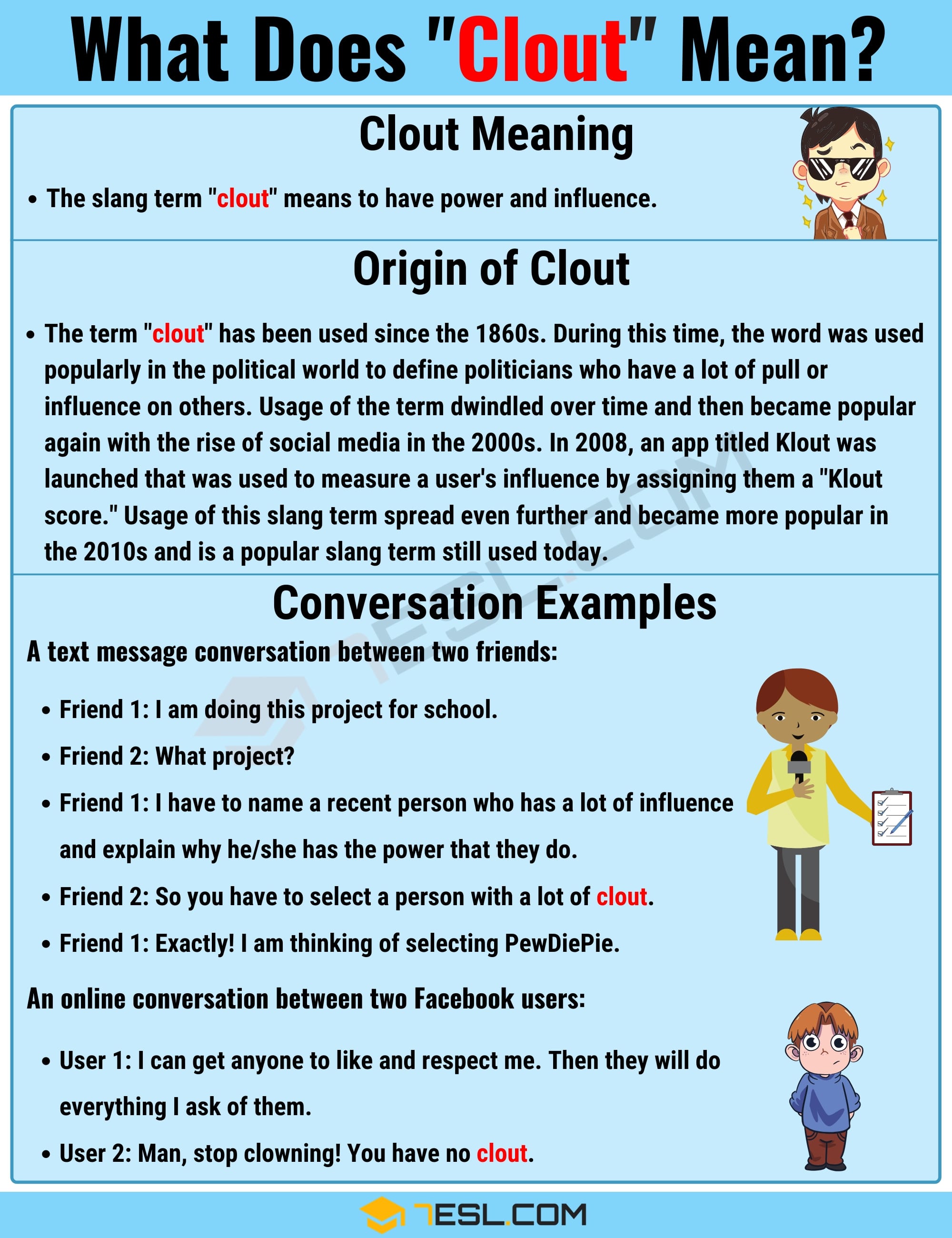