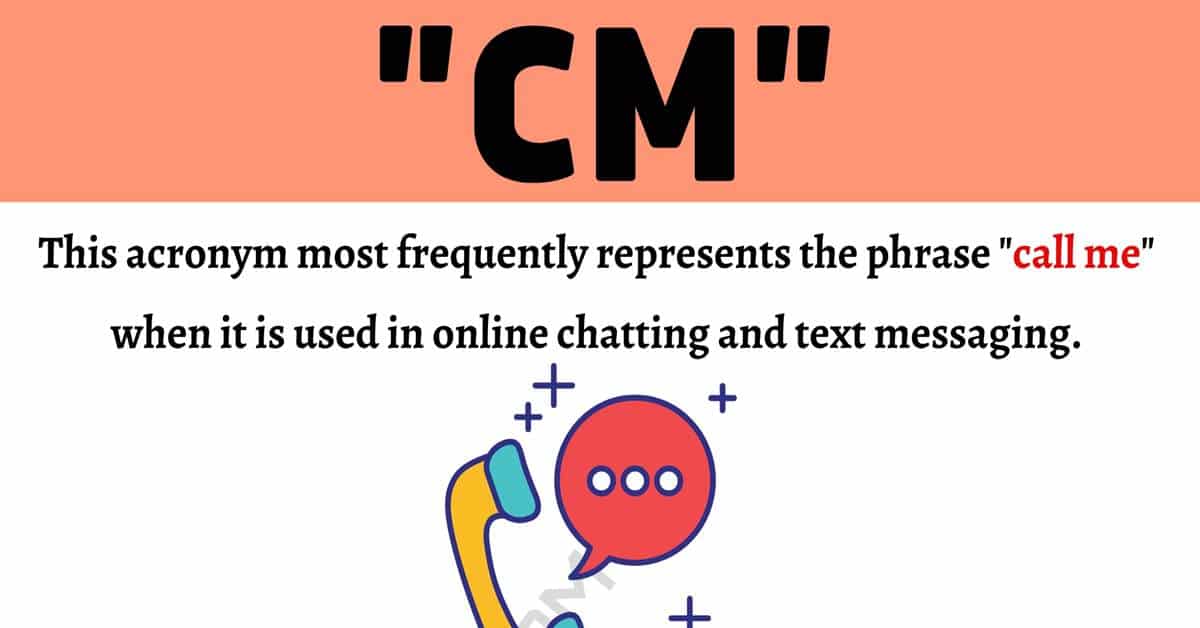 The simple two-letter slang acronym “CM” can be used to represent many words and phrases. However, here you will find out the phrase it most commonly represents online and in text messages and the meaning of that phrase. You will also see some details about its origin and discover some other meanings. Conversation examples are provided further along in the reading to help reinforce the meaning of this term and how it is properly used within the everyday context and, finally, you will learn some synonyms that you can use interchangeably in a conversation to mean the same.

What Does CM Mean?

This acronym most frequently represents the phrase “call me” when it is used in online chatting and text messaging. It is used when someone wants you to call them on the phone instead of continuing to chat by text.

There is no specific origin information regarding the first usage of this phrase and the acronym that is used here to represent it. However, the phrase “call me” is a simple phrase that has most likely been used since Bell invented the telephone and it became a regular household item. When the internet and text messaging became a popular means of communication, a lot of these regularly used phrases were reduced to acronyms to shorten the time it took to type them out completely. Such is the case with this one, even though it’s exact origin cannot be pinpointed.

Similar to most other acronyms, this simple little two-letter abbreviation can stand for many other things as well from simple words to the official titles of business or a title someone holds on the job. As you can imagine, the list of the possible things this acronym can represent is substantial and it would be impossible to list them all here. However, a small sample of what this term is used to represent are “chemical,” “centimeter,” “Content Management,” “Center of Mass,” and “Conceptual Model.”

There are several other phrases that you could use to replace the phrase that this acronym represents without changing its meaning. Some of the other things you could say instead include: 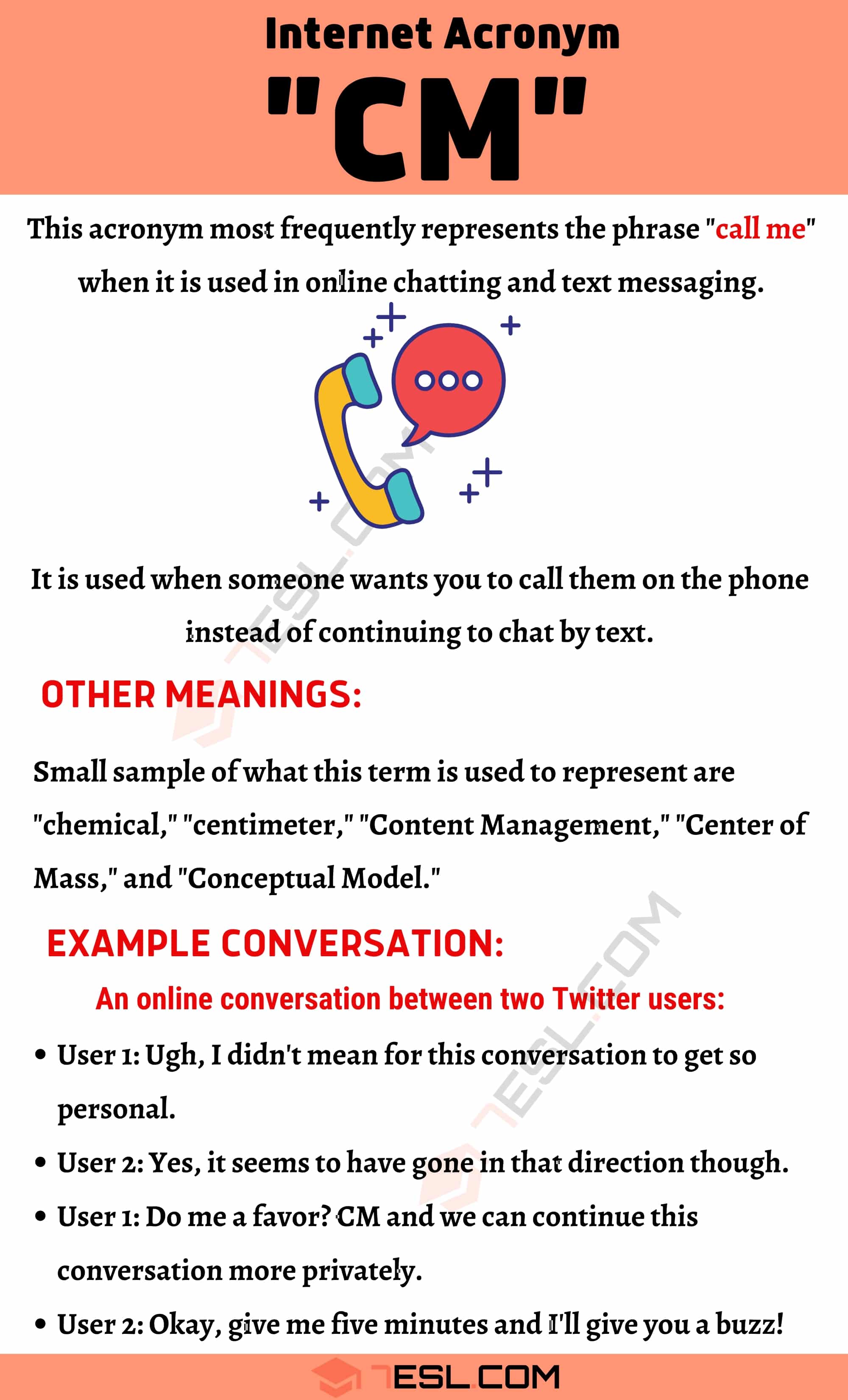