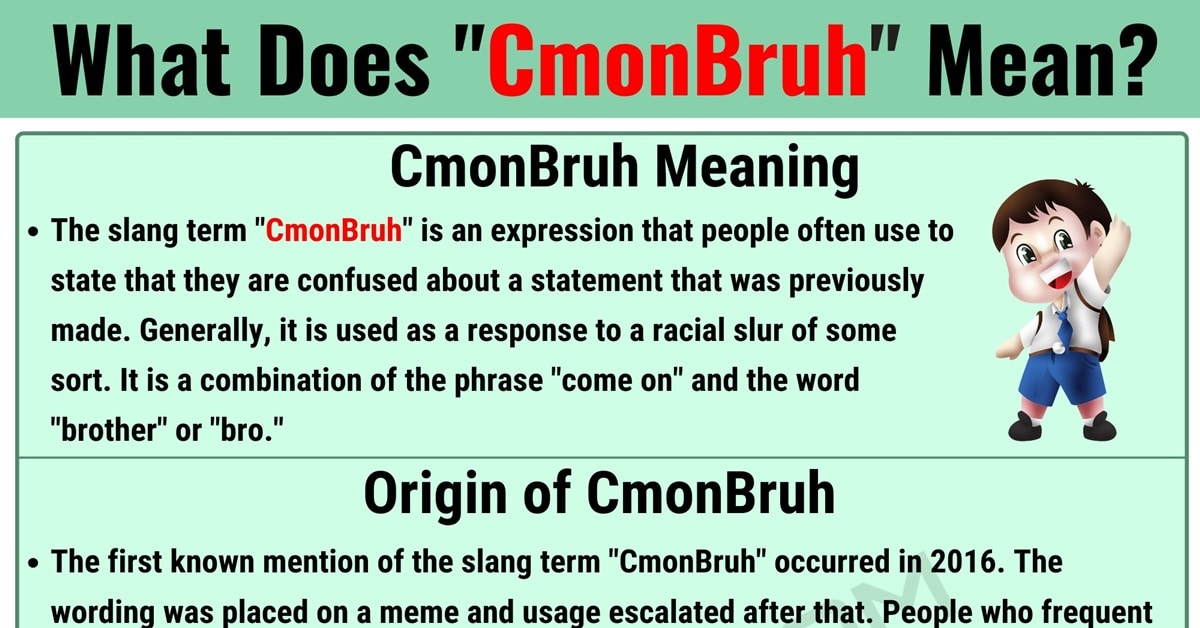 If you frequent certain stream channels or belong to any social media sites, then you have probably seen the slang term “CmonBruh” used before. What does it mean though? If you found yourself wondering the same when you have seen this term, then look no further. Here you will not only find the meaning of the slang term, but you will also find some information regarding its origin if available and some other meanings if available. Additionally, you will find some example conversations to help you better understand the meaning of this term and some alternative ways to say this using different words or phrases to mean the same thing.

The slang term “CmonBruh” is an expression that people often use to state that they are confused about a statement that was previously made. Generally, it is used as a response to a racial slur of some sort. It is a portmanteau of the phrase “come on” and the word “brother” or “bro.”

The first known mention of the slang term “CmonBruh” occurred in 2016. The wording was placed on a meme and usage escalated after that. People who frequent the streaming channel Twitch are probably the most familiar with this term seeing as how it was added as an emote. Users can use the emote to respond to other participants commenting during the stream while watching a broadcast. Users of Twitch have stated that people seem to overuse the emote because it will be used as soon as someone says the word black in any context.

There are no other known meanings of the slang term “CmonBruh” that exist at this time.

There are a few alternative phrases you can use in place of the slang term “CmonBruh” that means the same thing. Some of the things you could say instead include: 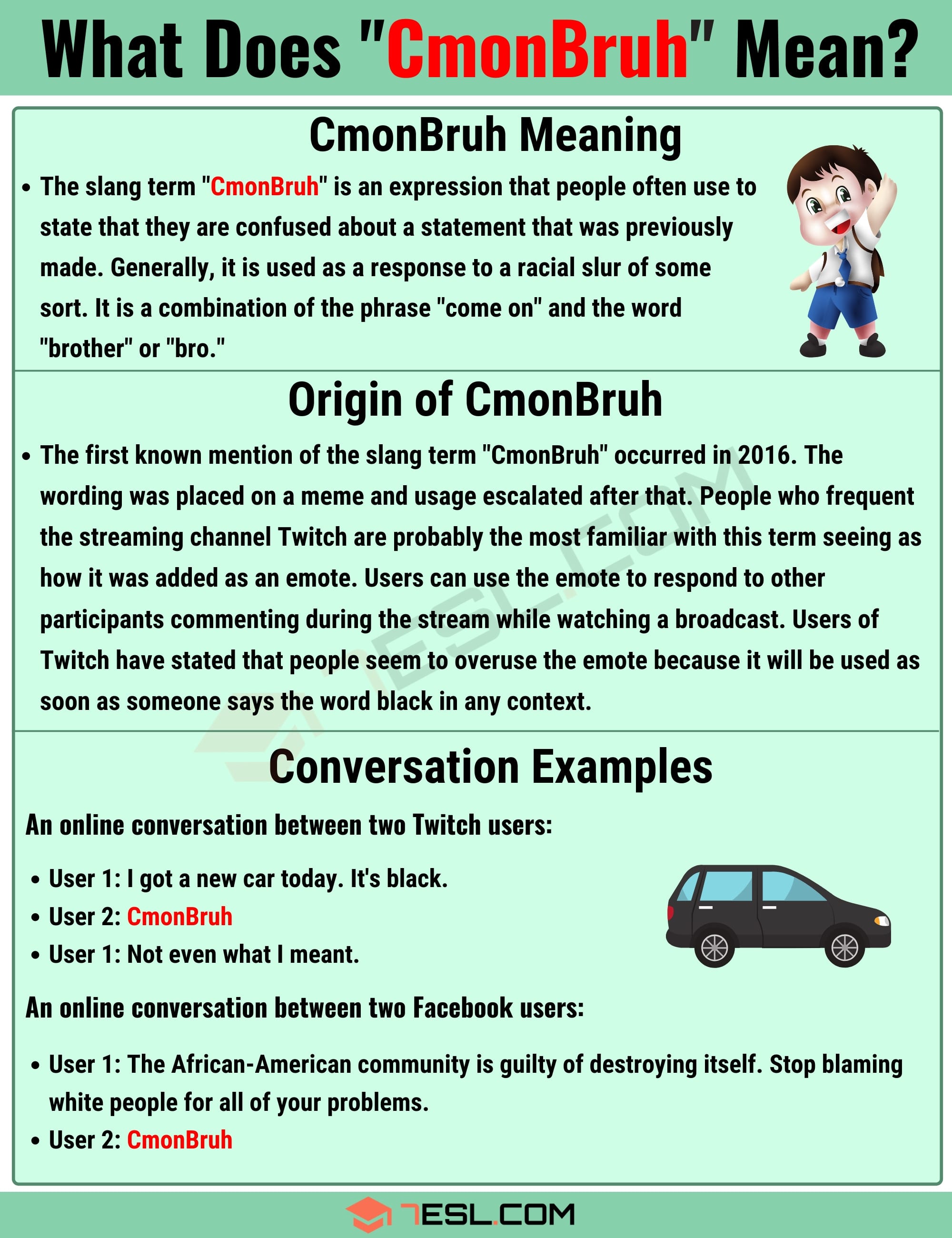