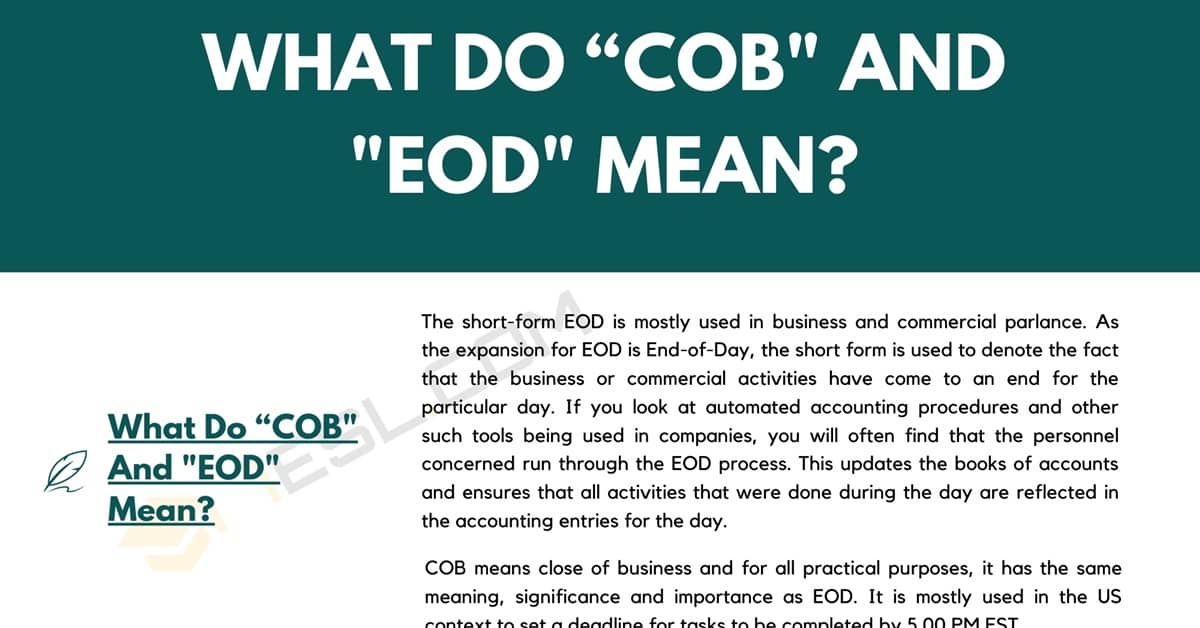 If you are into business then it is quite likely that you would have come across short forms such as EOD and COB. What exactly do they stand for and when and how they are used? Are there any other options that could replace these two short forms? When and how these acronyms actually originate? Why should these acronyms be used? We will try and find answers to the above questions over the next few lines. We are sure that it will be useful for those who are seeking answers to the above questions or even for those who evince interest in various types of acronyms that are being regularly used.

What Does “EOD” Mean?

The short-form EOD is mostly used in business and commercial parlance. As the expansion for EOD is End-of-Day, the short form is used to denote the fact that the business or commercial activities have come to an end for the particular day. If you look at automated accounting procedures and other such tools being used in companies, you will often find that the personnel concerned run through the EOD process. This updates the books of accounts and ensures that all activities that were done during the day are reflected in the accounting entries for the day.

What Does COB Mean?

COB means close of business and for all practical purposes, it has the same meaning, significance and importance as EOD. It is mostly used in the US context to set a deadline for tasks to be completed by 5.00 PM EST.

Though there are no documented papers that could point out to the exact date of origin of the short form EOD or COB, it is generally believed that it was first used during the 1800s. However, it has started gaining popularity only as late as the 1980s. This is perhaps because of the growing popularity of computers and automated accounting systems, where the concept of EOD became quite important.

Not much is known about the approximate date of origin of COB but it should perhaps have originated during the early part of the 20th Century.

From a strictly accounting and commercial point of view, there are seemingly no alternatives or acronyms for EOD or COB. However, when it comes to sporting activities, the short forms COP and EOP are regularly used. EOP stands for End of Play, while COP stands for Close of Play. These terms are also used in stock and trading houses for denoting the end of the financial markets for the day under question.

COB is also used for denoting the end of development of a particular product or idea, though in most cases it is mostly used in an American context to refer to the end of business hours.

COB may also be used as a slang in some colloquial terms, but as far as most of us know it is used only to denote closure of business.

When to Use this Acronym

There are no specific alternatives for EOD or COB and they are specifically restricted to accounting and financial transactions for a specific day. However, we would like to point out that there is one more expansion for the short form EOB and it stands for Explosive Ordnance Disposal and it is used in a completely different concept and situation.

Both EOD and COB, therefore are used for denoting the end of a trading session in a financial market or close of accounting processes for a firm on a given day.

Examples in statements: Here are some examples of use of EOD from a typical accounting point of view:

Other Words to Use Instead Of This Acronym

As mentioned above, there are no other acronyms that could perfectly fit EOD or COB.

We are sure that the above may have helped the readers to have a reasonably good understanding about the meaning and scope of EOD as well as COB. 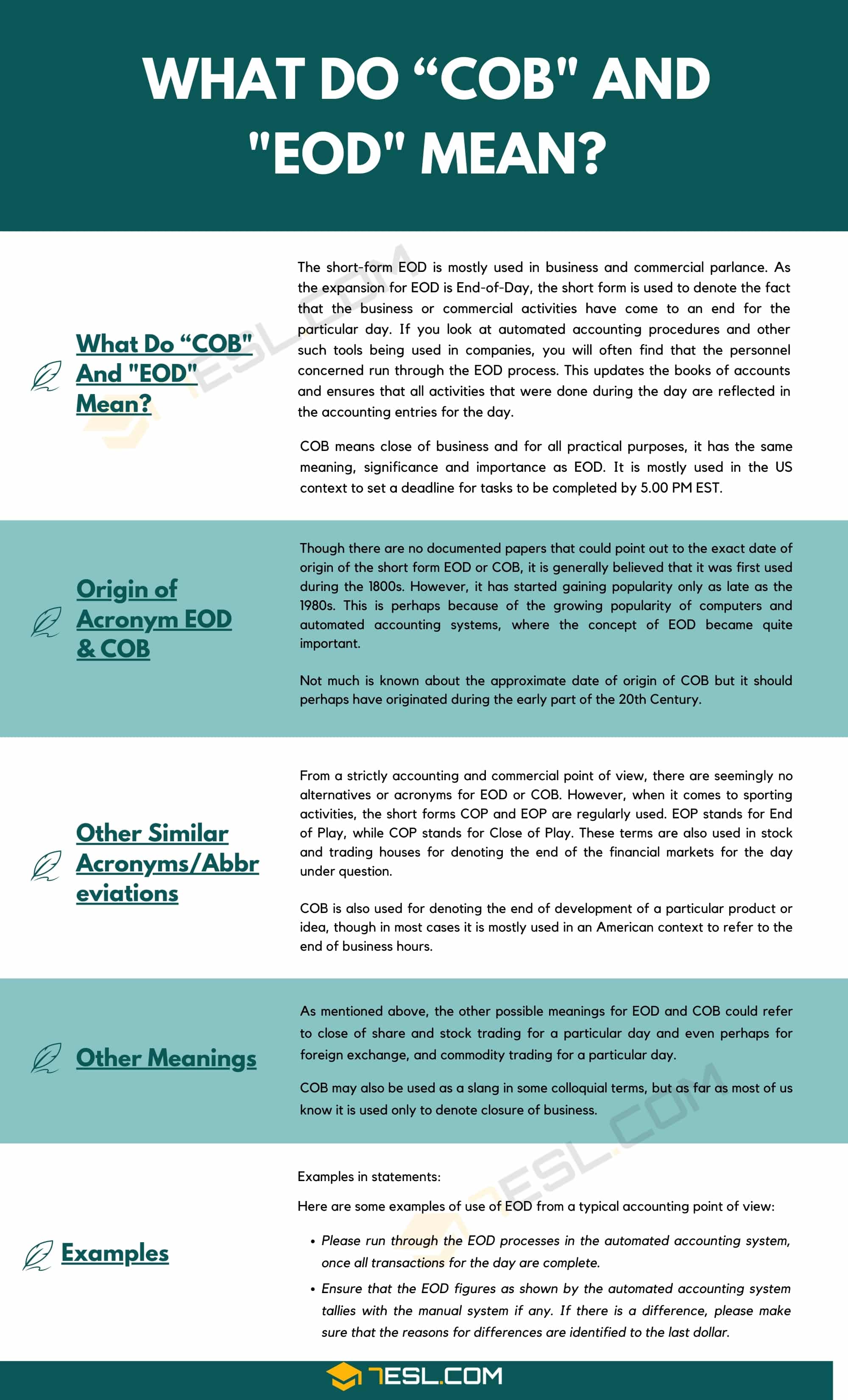