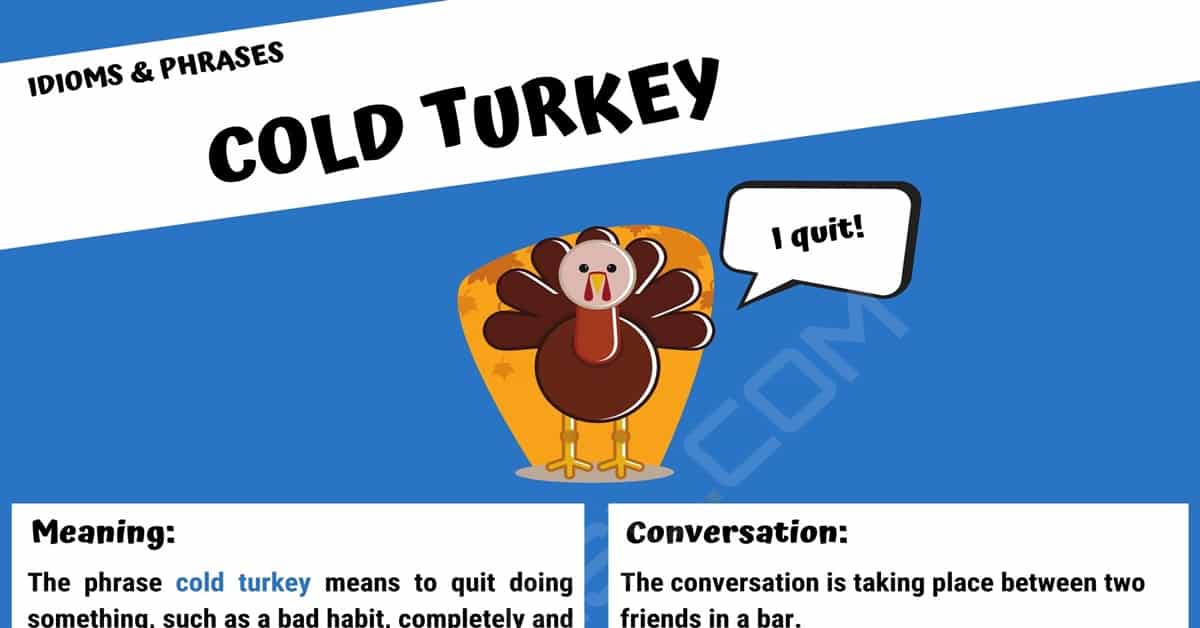 The phrase cold turkey might be often heard during an English conversation, but what is the meaning of this phrase? In this article, we are going to take a look at not only the meaning but also where the term finds its origins. We are also going to see some examples of the phrase being used in a conversation in order to allow us to further understand how it works.

The common idiomatic phrase cold turkey means to quit doing something, such as a bad habit, completely and without any assistance.

There are many theories as to the origin of the phrase cold turkey, However, one of them comes from the similarities between a dead turkey and a recovering drug addict, in that both are cold, moist and have goosebumps.

Let’s now take a look at some examples of the phrase cold turkey in a sentence.

The first sentence is one being said by someone quitting smoking.

The next statement is one being made by a friend to another friend who is staying off alcohol.

The idiom cold turkey might be heard in a variety of situations. Let’s take a look at some examples of conversations in order to show what you might hear.

The first conversation is taking place between two friends in a bar.

The second conversation is one taking place between a doctor and his patient.

You might like to use other words and phrases to refer to the meaning of the term cold turkey.

Here are some alternative things you could say. 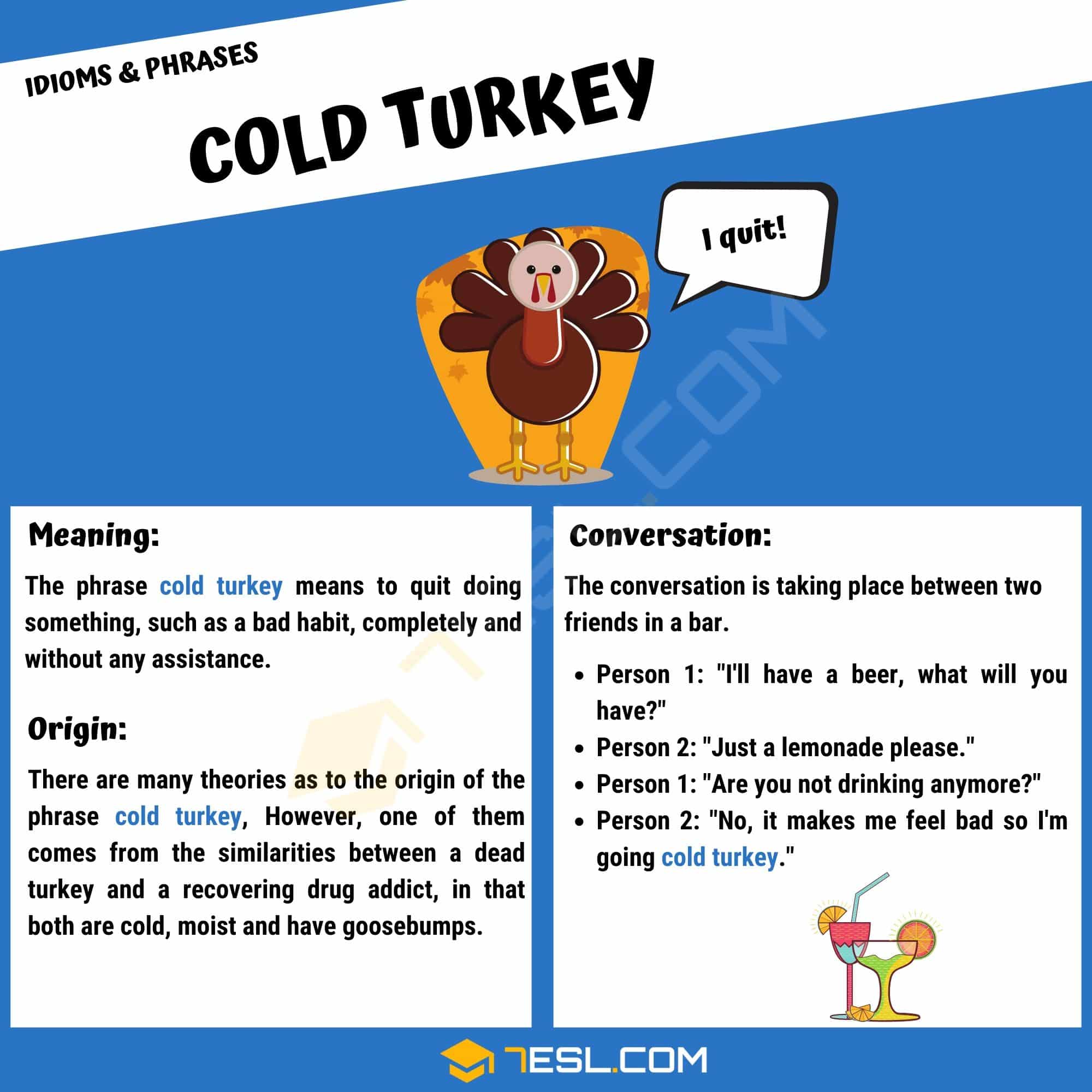