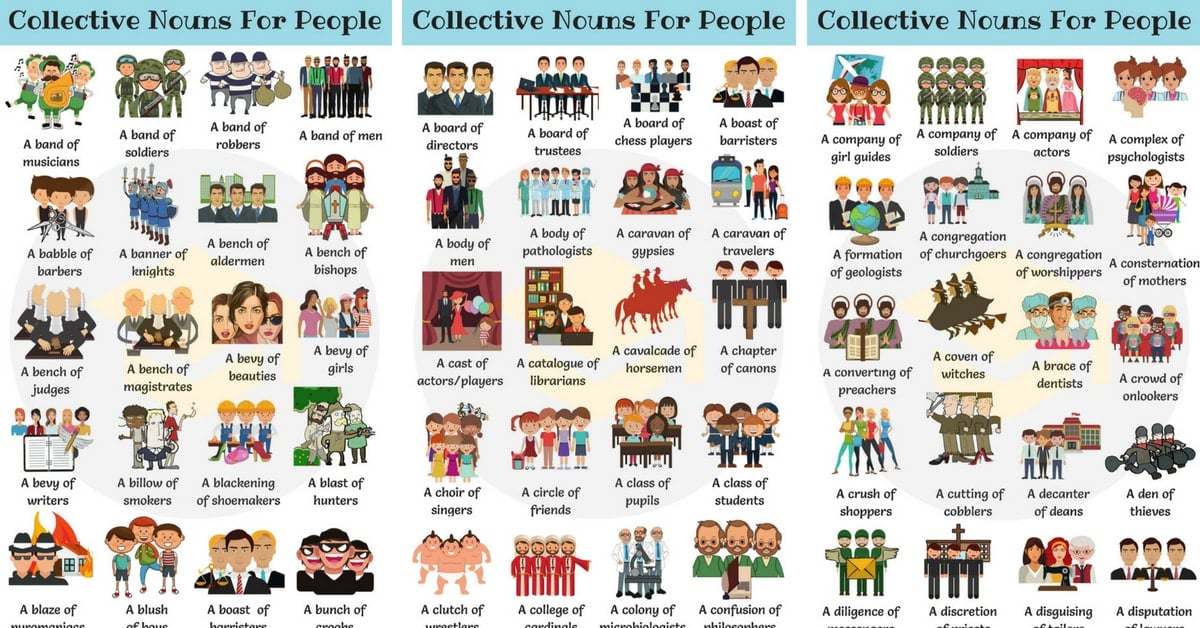 Groups of people! Learn extensive list of collective nouns for people to bolster your vocabulary in English with example sentences and ESL printable worksheets.

In English, Collective nouns for people are names for a number or a collection of people.

A band of men

A band of men here, known as the Islamists, took matters into their own hands last fall.

A band of musicians

A band of musicians has made this function romantic.

A band of soldiers

A few minutes later, a band of soldiers came up, and an officer, hearing the priests speaking a foreign language, drew his sword and hysterically asked who they were.

A bench of judges

After all, she got the job after leading a bench of judges in 2010 that handedly backed Mr Rajapaksa’s reworking of the constitution.

A bench of magistrates

Within a few years settlers numbers increased greatly and before 1850 a local bench of magistrates and a place for holding petty sessions was established.

A bevy of beauties

Flanked by a bevy of beauties and cheered by thousands of fans, Stern and his retinue of strippers handed out free boom boxes and satellite radio subscriptions.

A bevy of girls

A bevy of girls were picking tea on the hillside.

A bevy of writers

She was one of a bevy of writers singing at the celebration.

A board of directors

The company is run by a board of directors.

A board of trustees

The management of the foundation is vested in a board of trustees.

A body of men

I can command a body of men in a rough way, but I am not fit to be President.

A bunch of crooks

These politicians are just a bunch of crooks.

A caravan of travelers

One night a caravan of travelers from a distant land arrives and passes through the village.

A choir of singers

At the opening of the museum last week, Queen Sofia of Spain was greeted by a choir of singers and folkloric Basque music.

A circle of friends

She had a circle of friends in whom she confided sparingly.

A class of students

He was the first to appoint a faculty and admit a class of students.

A crew of sailors

He usually preferred to train up a crew of sailors from scratch.

A crowd of people

There was a crowd of people in front of the town hall.

A flock of tourists

A flock of tourists come to India every year to see the India heritages.

A gang of criminals

I know the leader of well-known gang of criminals.

A gang of laborers

In the silver mines at Laurium, in ancient Greece, the master miner commanded three gangs of laborers.

A gang of thieves

How did they know that the council was not a gang of thieves, the brigade demanded?

A group of dancers

A group of dancers are dancing in the park.

A pack of thieves

How did they know that the council was not a pack of thieves, the brigade demanded?

A panel of experts

The competition will be judged by a panel of experts.

A regiment of soldiers

Probably they will force a regiment of soldiers to attend, or students and schoolchildren.

A staff of employees

Management has acknowledged that a staff of 800 employees will put limits on the repertory or result in employees and players returning on private contracts.

A team of players

It should be about picking a team of players that offer Hodgson different tactical choices.

A tribe of Indians

At one time this land was inhabited by the Siwanoy tribe of Indians.

A troupe of dancers

A troupe of dancers from Beijing is one of the leading attractions in the festival.

An army of soldiers

Imagine an army of soldiers holding a line that is between you and the entity.

An audience of listeners

Your audience of listeners will need to relate to whatever topic you pick to rap about.

An orchestra of musicians

Mr. Thomas and his players again showed what can happen when an invigorating music director cultivates an orchestra of musicians eager for a challenge. 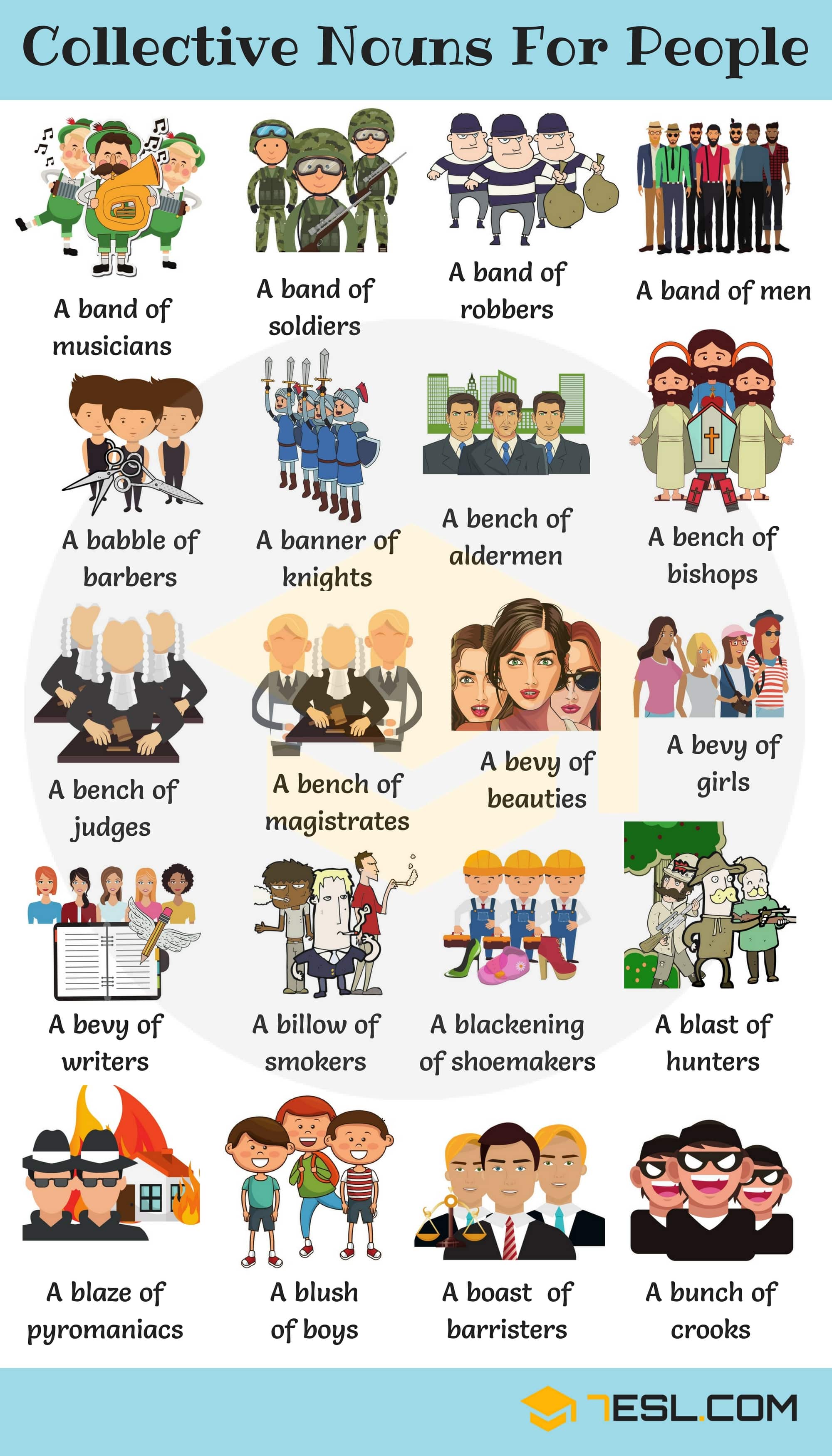 Extensive list of different groups of people in English. 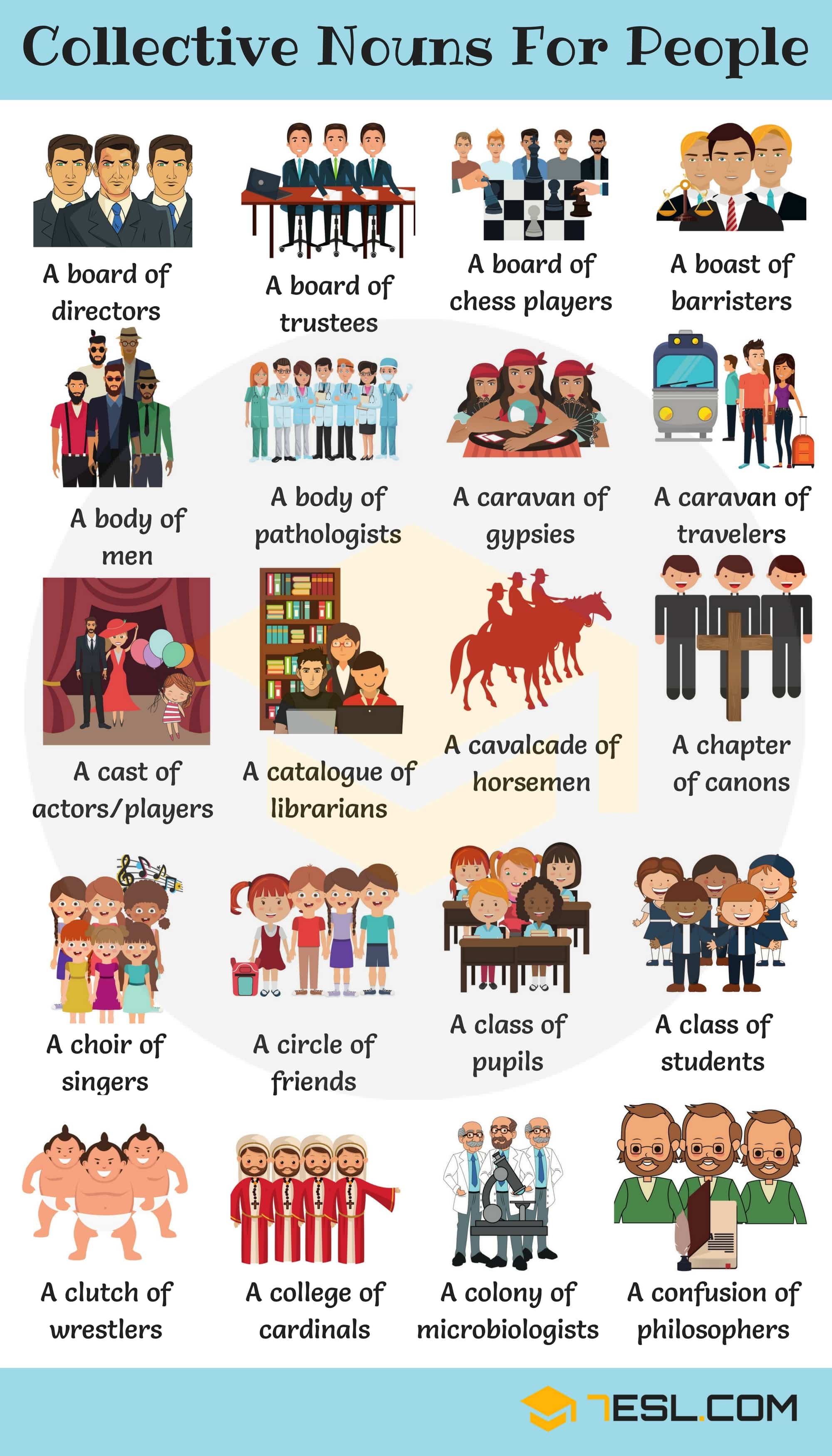 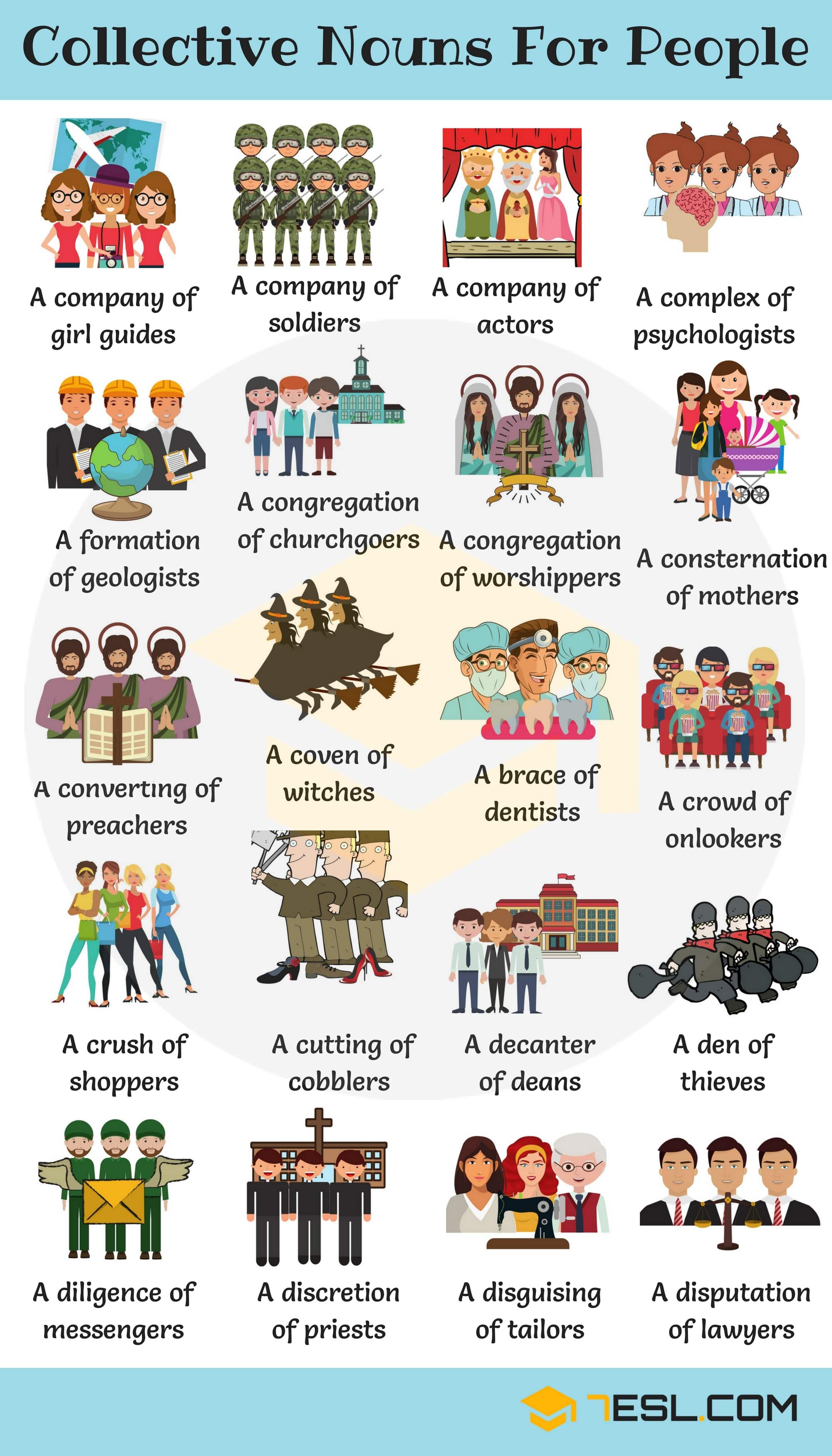 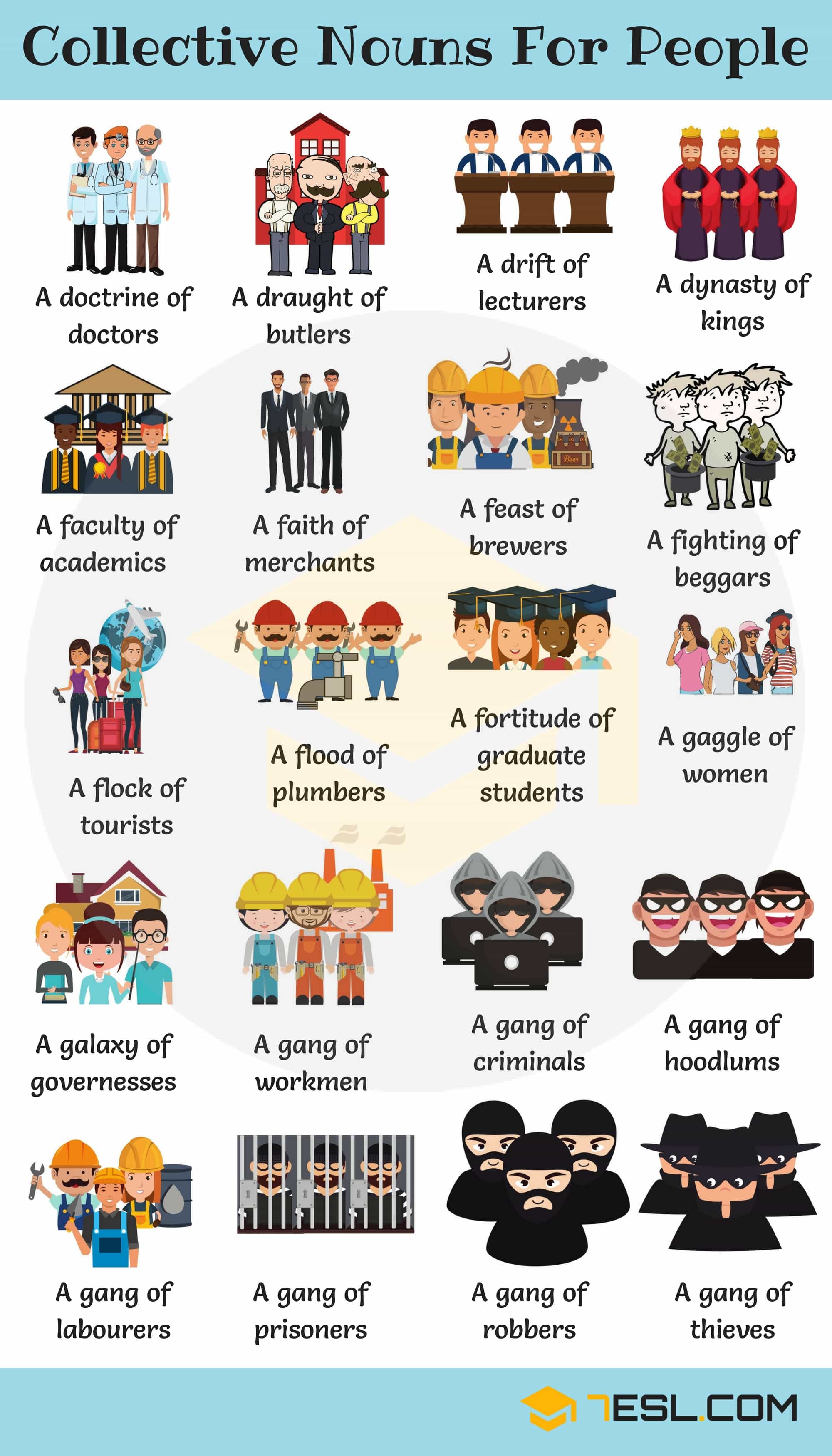 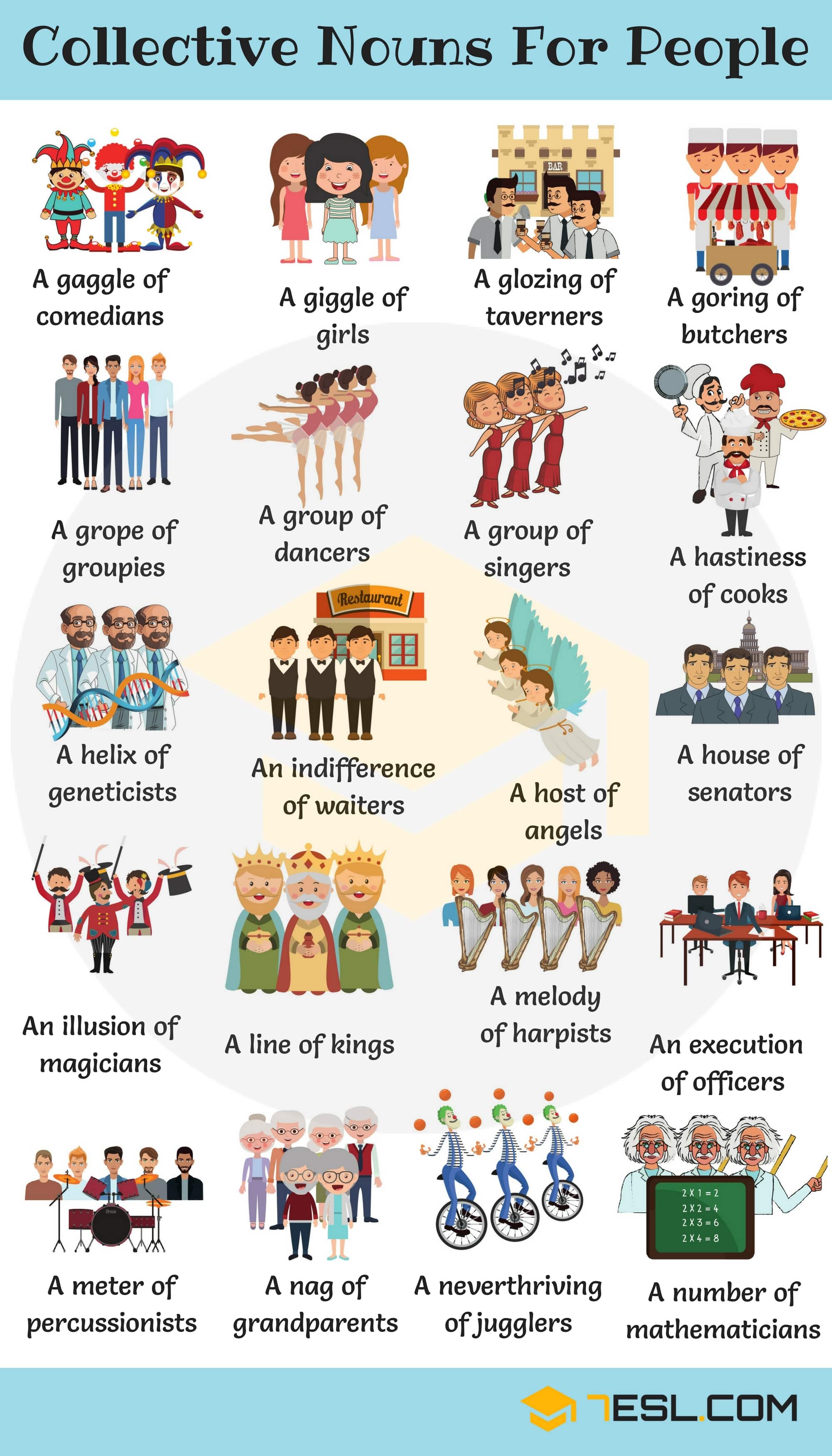 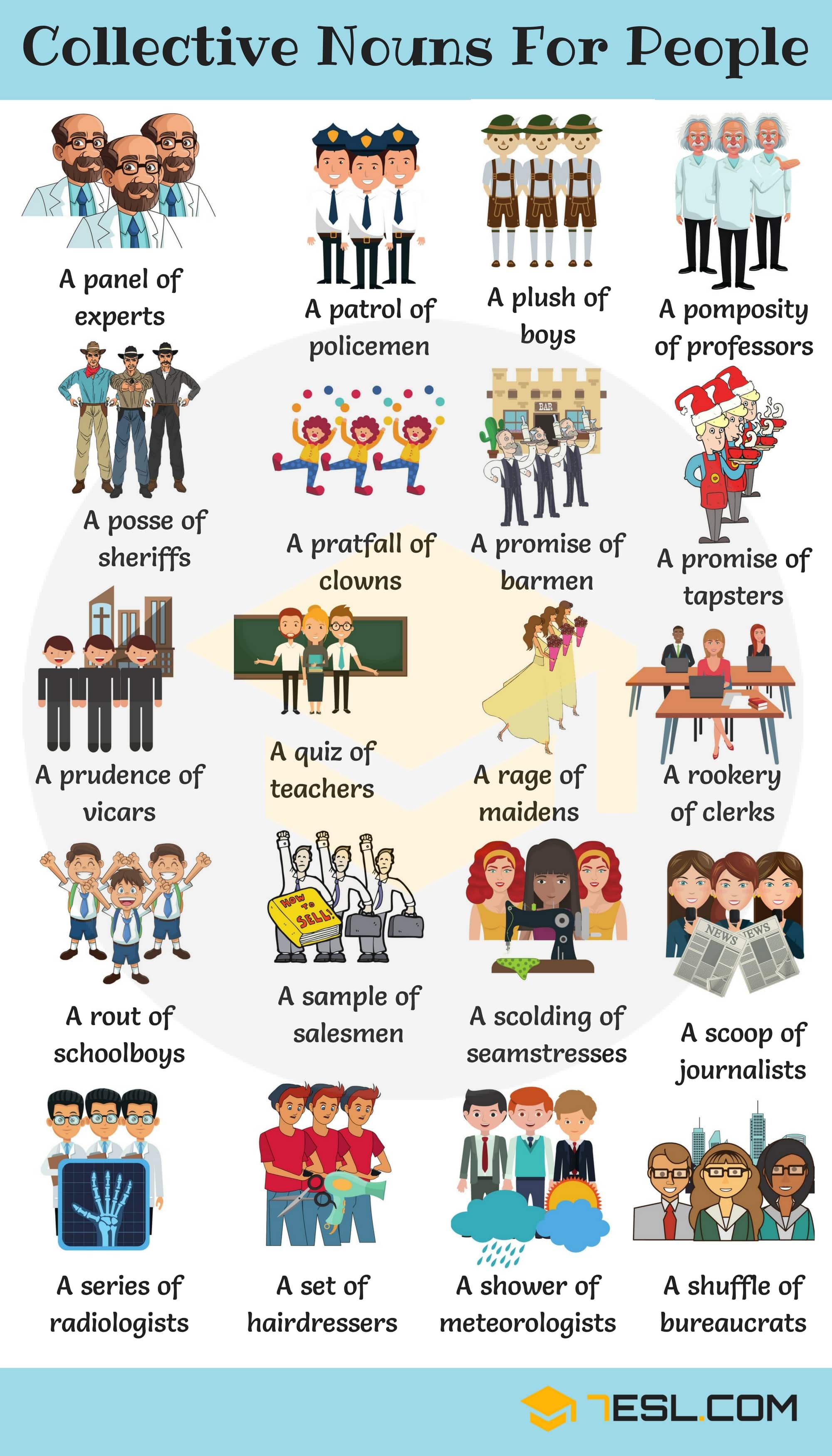 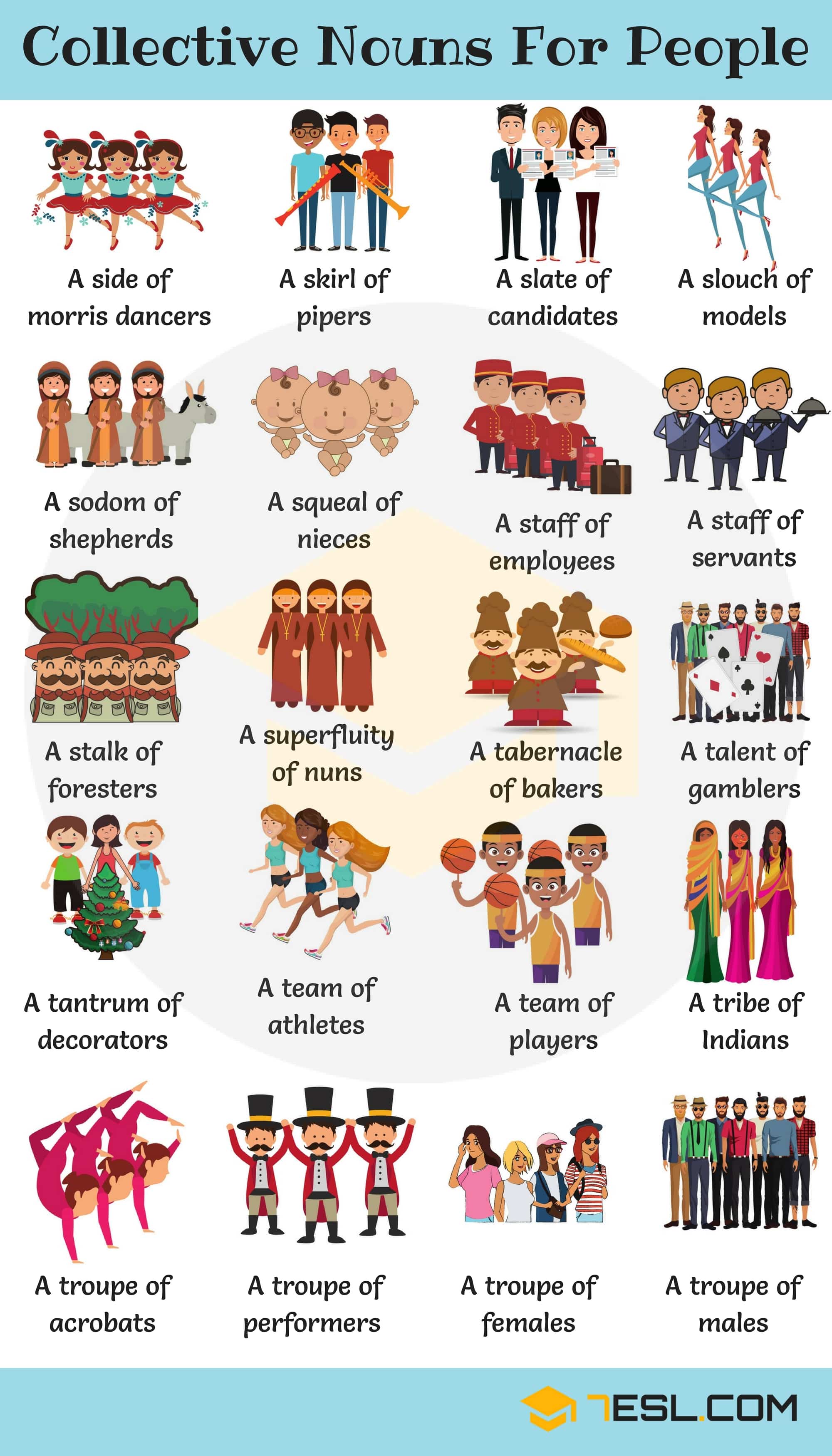 Where is the words for member and workers