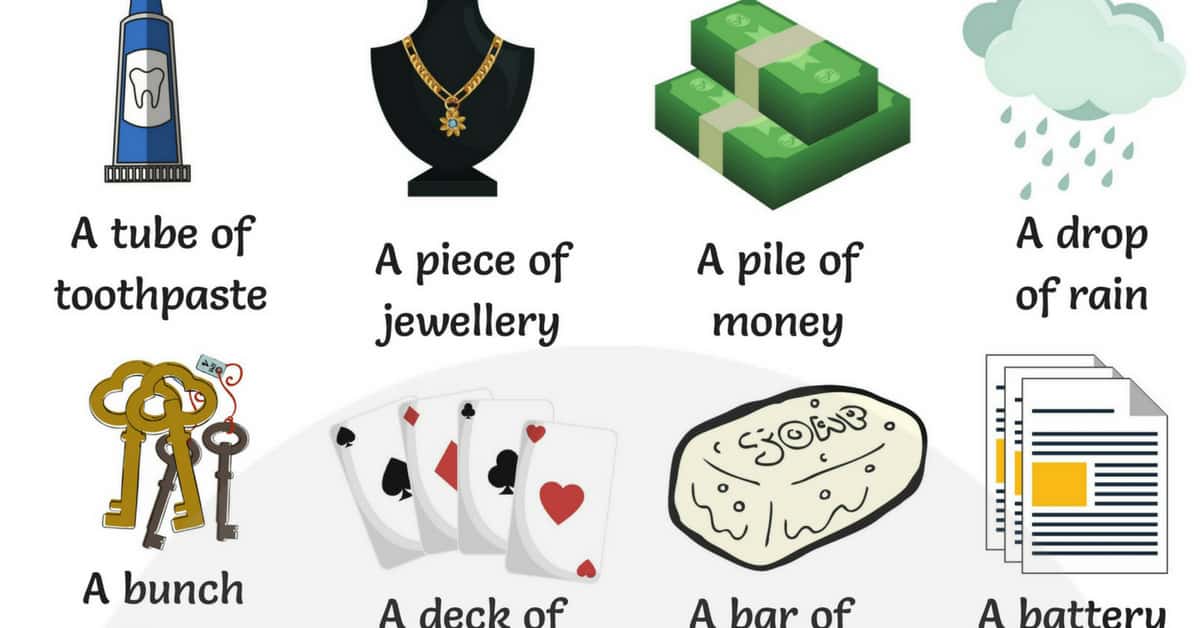 Examples of Collective Nouns for Things

A bar of soap

It wasn’t so long ago that every new car looked like a bar of soap.

A battery of tests

“We want to put the earth through a battery of tests,” he said.

A bolt of lightning

It was like a bolt of lightning hit the group at the same time.

A bunch of books

I’ll send her a bunch of books.

A bunch of keys

He had a bunch of keys on his belt.

A chest of drawers

A chest of drawers that took up too much space, space she needed, maybe, to heal or grow.

A clump of reeds

I waited behind, going up on tiptoes to see over a clump of reeds.

A deck of cards

She took a deck of cards and began to lay them out.

A fleet of ships

He owns a fleet of ships.

A fleet of vehicles

It does not have a fleet of vehicles for road repair, or a yard where the fleet is parked.

A flight of stairs

We walked up a flight of stairs.

A gallon of gasoline

A gallon of ethanol has a lot less energy than a gallon of gasoline.

A group of islands

Trinidad and Tobago is actually in the Caribbean, a group of islands northeast of Venezuela.

A grove of trees

Matt and his crew make camp in a grove of trees nearby.

A hedge of bushes

Apparently, he had gone behind a hedge of bushes to turn on the spigot when the sting occurred.

A library of books

There is a big library of books in my school.

A pack of cards

I have to dispatch a pack of cards among relative.

A pair of shoes

She opened her suitcase and took out a pair of shoes.

A piece of furniture

A chair is a piece of furniture.

A piece of paper

He wrote his phone number on a piece of paper.

A quiver of arrows

Here’s Rama, the demon slayer, with a bow and a quiver of arrows.

A ream of paper

I had packed a word processor and a ream of paper.

How many photos can be taken with a roll of film?

A series of events

A series of events is planned to mark the anniversary of the war.

A set of books

He gave me a set of books called Greek Myth mythic.

A set of tools

Amy bought him a set of tools for metal and woodworking.

He searched for and found a sheaf of papers in cabinet.

A shelf of books

He led the man to the front of the store, to a shelf of books by George R. R. Martin.

A stack of chairs

The man is shown climbing over an empty baby crib and struggling to get over a stack of chairs as he enters the room.

A string of beads

Alice was wearing a string of beads.

A suite of furniture

They looked for a suite of furniture for their bedroom or living room.

A suite of rooms

They lived in a suite of rooms with a garden, rather like a ground-floor flat.

A tube of toothpaste

They lived on the streets and once shared a tube of toothpaste as their “dinner”.

A wad of notes

He took a wad of notes from his pocket.

An agenda of tasks

For a committee to be efficient, it needs to follow an agenda of tasks to be accomplished.

Joseph showed me an album of photographs illustrating government projects. 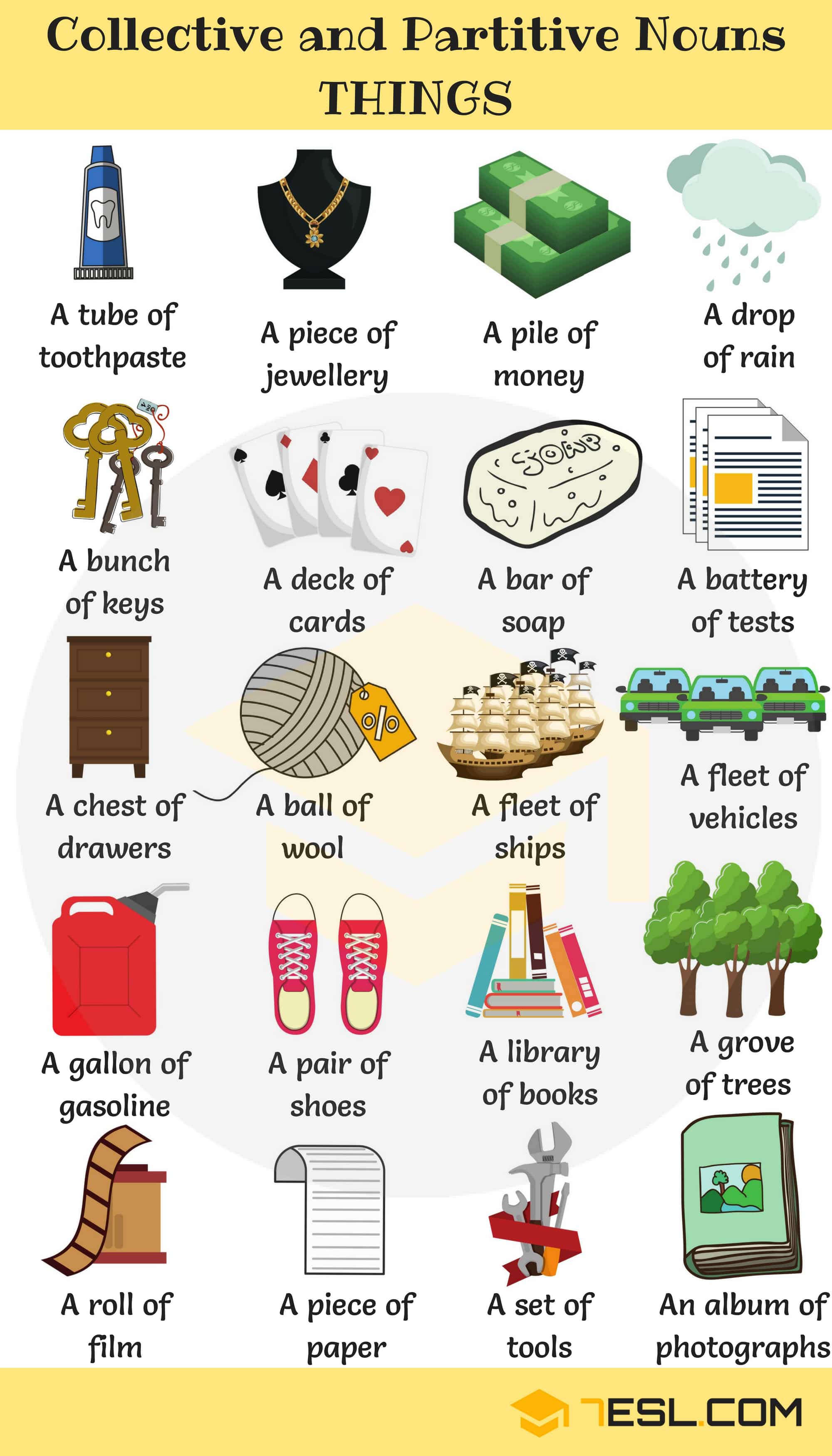 What is the group name for toothpaste?

I want to join