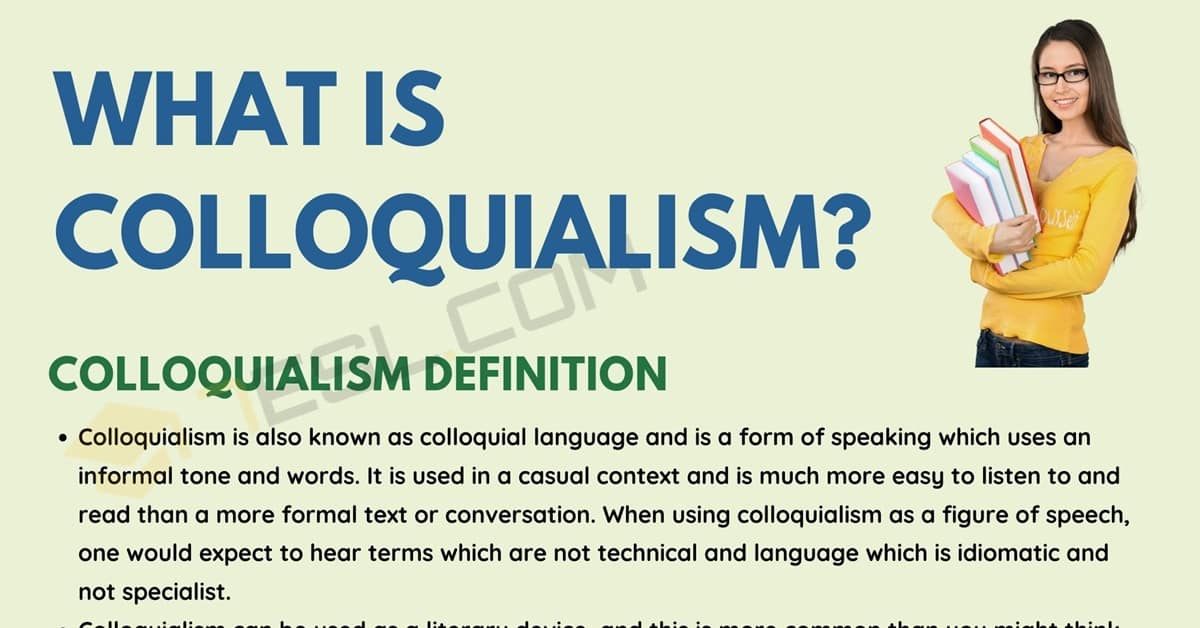 You may have heard the term colloquialism when thinking about the English language, but what exactly is this and what is its function? In this article, we are going to look at an in depth definition of colloquialism as well as finding out what it is used for. We will go even further into the subject by viewing some examples of how colloquialism in used in both day to day conversation and as a literary device.

Colloquialism is also known as colloquial language and is a form of speaking which uses an informal tone and words. It is used in a casual context and is much more easy to listen to and read than a more formal text or conversation. When using colloquialism as a figure of speech, one would expect to hear terms which are not technical and language which is idiomatic and not specialist.

Colloquialism can be used as a literary device, and this is more common than you might think especially in pieces of work where the author wants to speak to the reader on a more informal level. It can help a writer to make a point much more easy to understand and can cause the text to be less intimidating to read.

Depending on where you are in the world will depend on the colloquialisms you will hear in every day speech., for example English speaking countries such as the UK, the USA and Australia all have very different colloquial expressions and what is used in one country, may make no sense in another. Although, that being said, most English speaking countries have a knowledge of the colloquialisms used in other countries and so would know what you were referring to.

During you day to day conversations, you will probably notice that colloquial language is used far more often than any sort of formal speech. We are now going to take a look at some colloquialisms which you may come across during casual conversation.

As we mentioned earlier, authors will sometimes use colloquialism in their writing in order to make the piece of writing sound more natural and how it might sound in a real life situation. The terms used can be slang terms or informal phrases and words, making the text a lot more easily digestible.

Colloquial language is something that you are going to come across very frequently when speaking and reading in the English language. It is a way of speaking that is casual and is used in many informal conversations. It is also used in a literary context by writers when they wish to give the piece of writing a less formal tone and is a great way to connect with the reader. 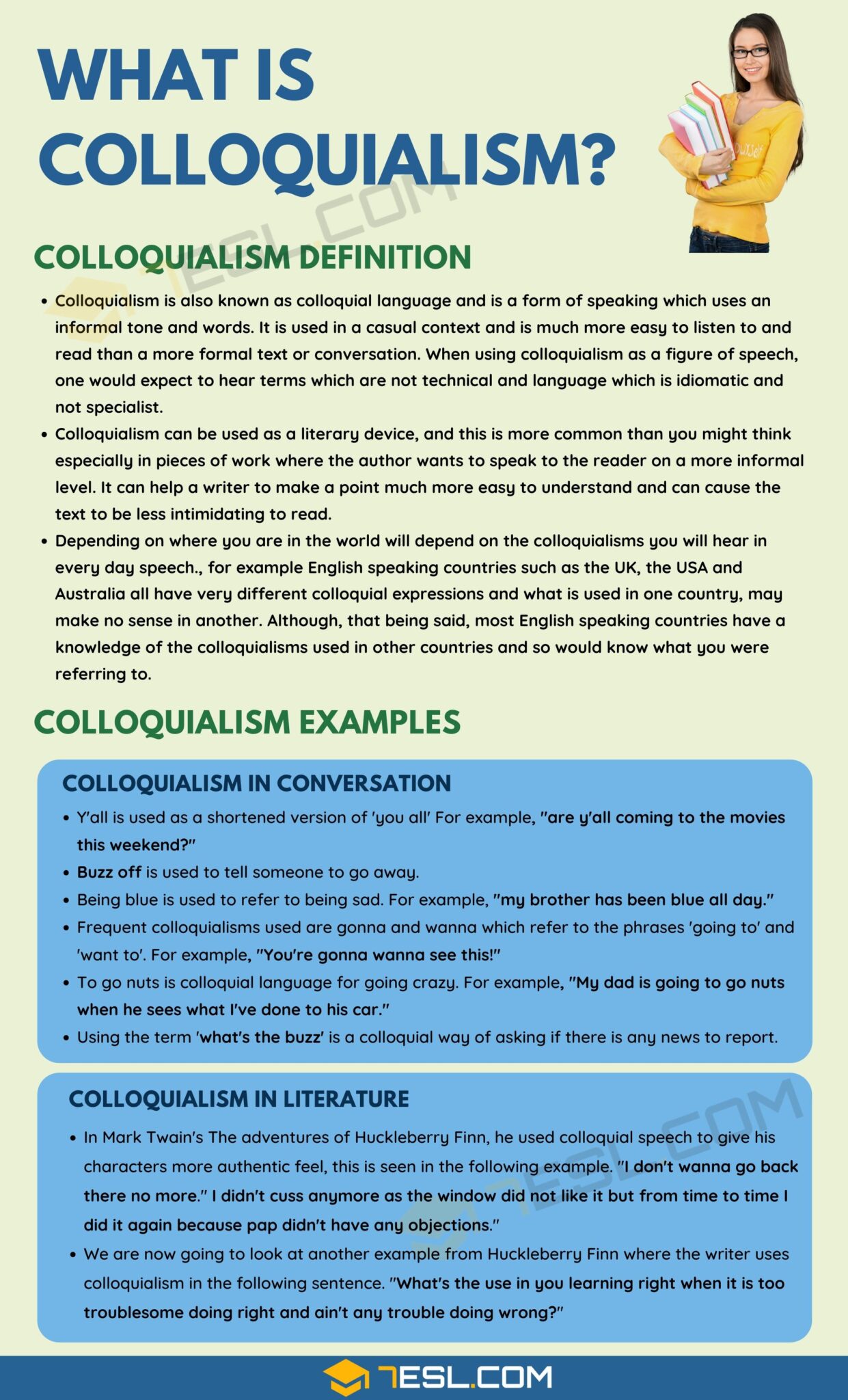 it is good that you are doing this. Especially helpful for English language learners.