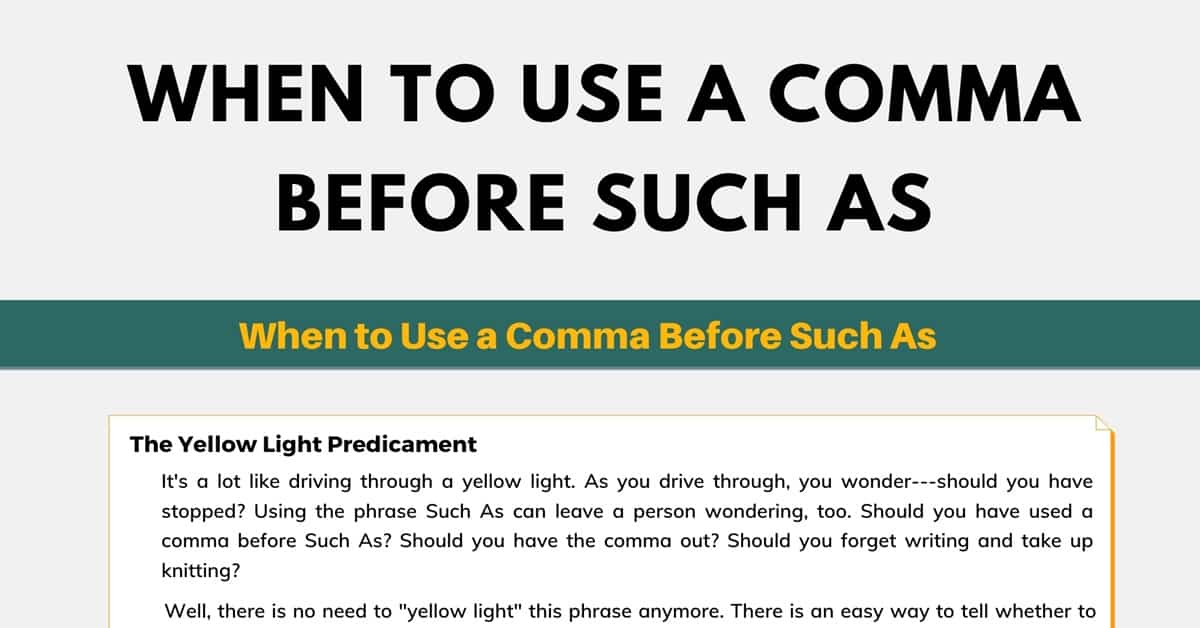 When you are writing, should there be a comma before Such As? This is one of those questions that can trip a writer up. You will be racing along, watching the words hit the page—scoot over Shakespeare; there’s room for two on this masterpiece bench! Then, suddenly, the Such As question comes up.

When to Use a Comma Before “Such As”

It’s a lot like driving through a yellow light. As you drive through, you wonder—should you have stopped? Using the phrase Such As can leave a person wondering, too. Should you have used a comma before Such As? Should you have the comma out? Should you forget writing and take up knitting?

Well, there is no need to “yellow light” this phrase anymore. There is an easy way to tell whether to use a comma. No, we’re not kidding. Ready?

Do I put a comma before such as?

Yes—IF the phrase is a part of, or connected to, a nonrestrictive clause.

What in the world did you just say?

If such as could be dropped and the sentence still says a truthful statement, then put a comma in front. It’s just more fun saying it with big words.

Comma Before Such As | Examples

The phrase, “such as angelfish and rainbowfish” is nonrestrictive.

The phrase, “such as coffee and hot chocolate” is nonrestrictive. What does that mean? It means if you remove that phrase, the sentence would still be true.

When NOT to Use a Comma Before Such As

This is a restrictive phrase after such as. So we don’t put a comma before such as. It is restrictive because if we were to remove the phrase, “such as the penguin and ostrich”, we would wind up with a sentence that isn’t true. The sentence would end up saying, “Birds don’t fly”, and birds do fly. Well, many do, anyway.

Such As is a handy little phrase, not limited to talking about birds and fish. It is often used in writing to give examples.

Don’t forget! If the comma is before Such As, it means that if the phrase were to be taken out, the sentence would remain truthful. So, large houses would have still been popular back in the 1940’s. Also some herbal plants have been around for centuries…

When using Such As for an example, remember the restrictive rule.:

When to Use A Comma Before Such As | Image 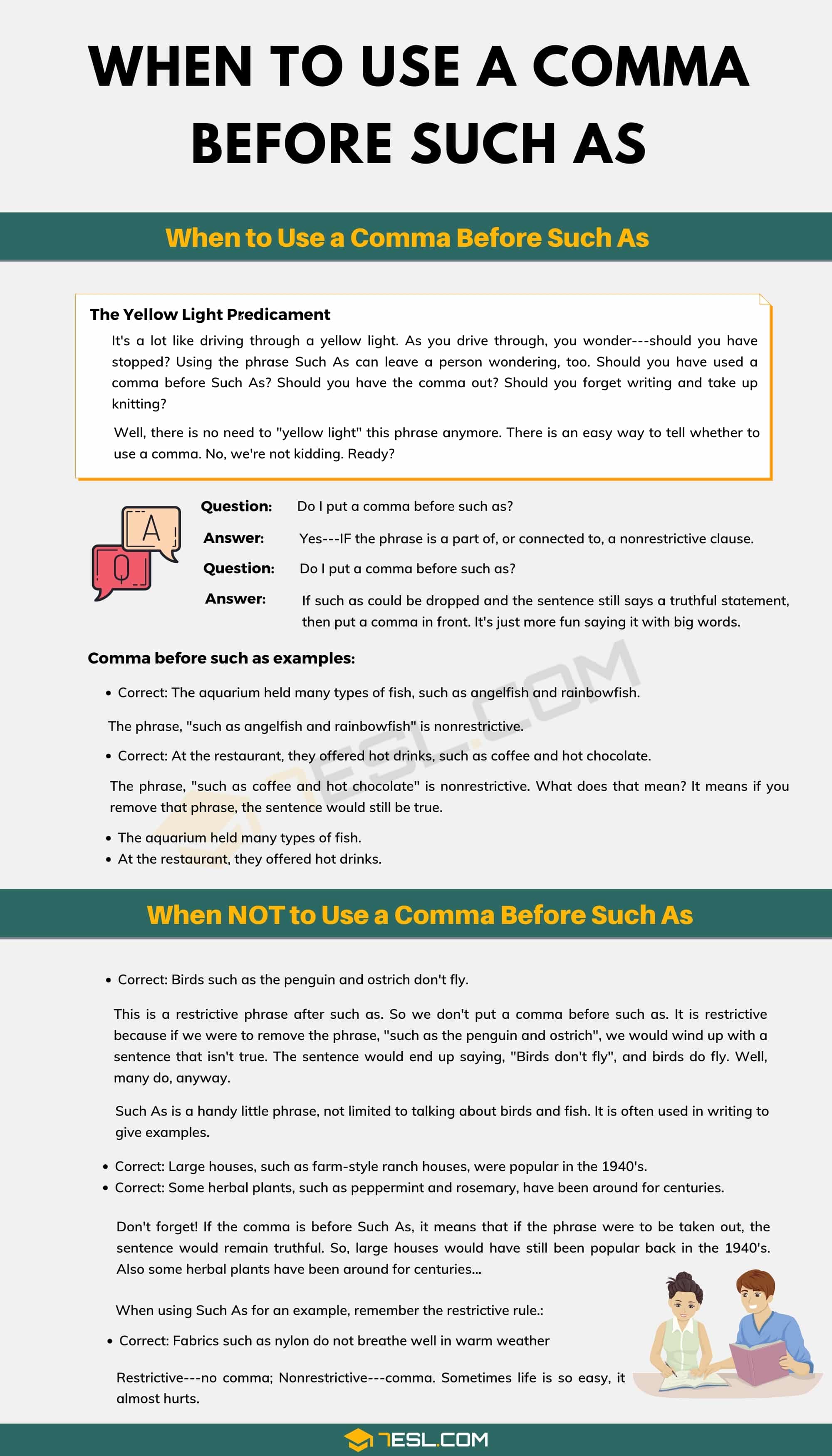