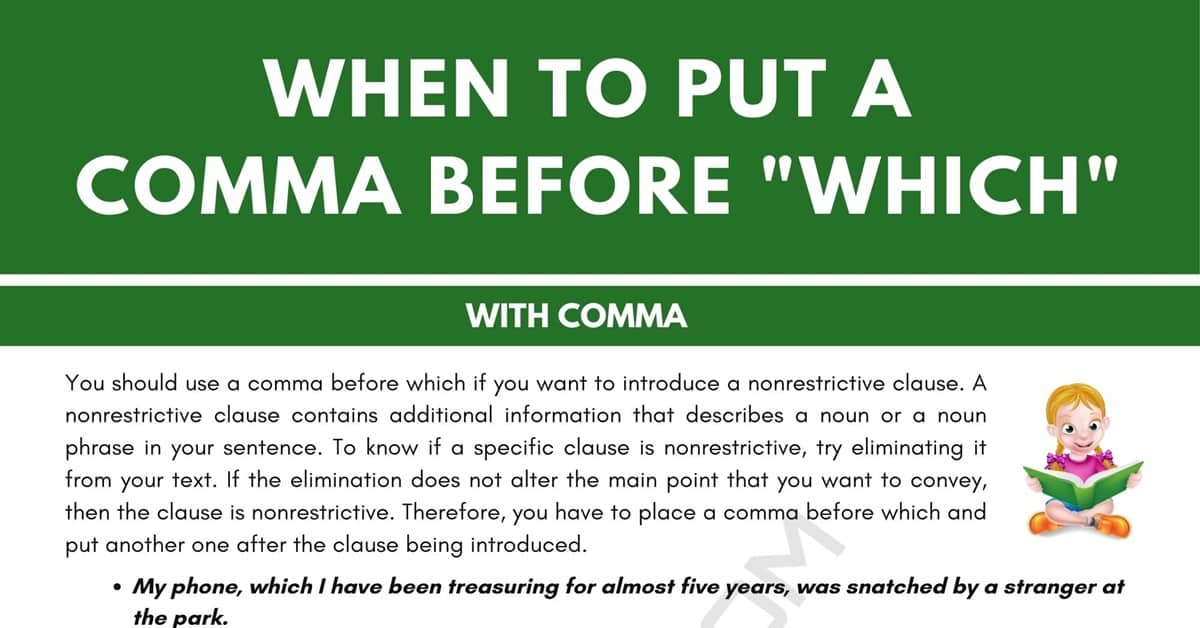 When do you put a comma before Which? There’s this confusing part in writing wherein you have to judge whether or not to put a comma before or after a specific word. Commas, no matter how little, are tricky and essential. Misplacing them will impose errors in your text, resulting in a misunderstanding of the relayed thought. One confusing word, regarding its association with commas, is which. The many uses of this word raise the tendency of it being incorrectly used in a text.

Read on this article as it discusses when to put a comma before which. Other sections of this site also offer related discussions in terms of incorporating commas and other punctuations in a text. Feel free to visit those sections, too, to learn more about grammar and sentence construction rules.

When To Use A Comma Before Which

If you take the which-clauses from the above examples, you will still have a complete and understandable sentence. This means that the clauses are nonrestrictive and that it is just right to put the commas.

Comma Before Which | Image 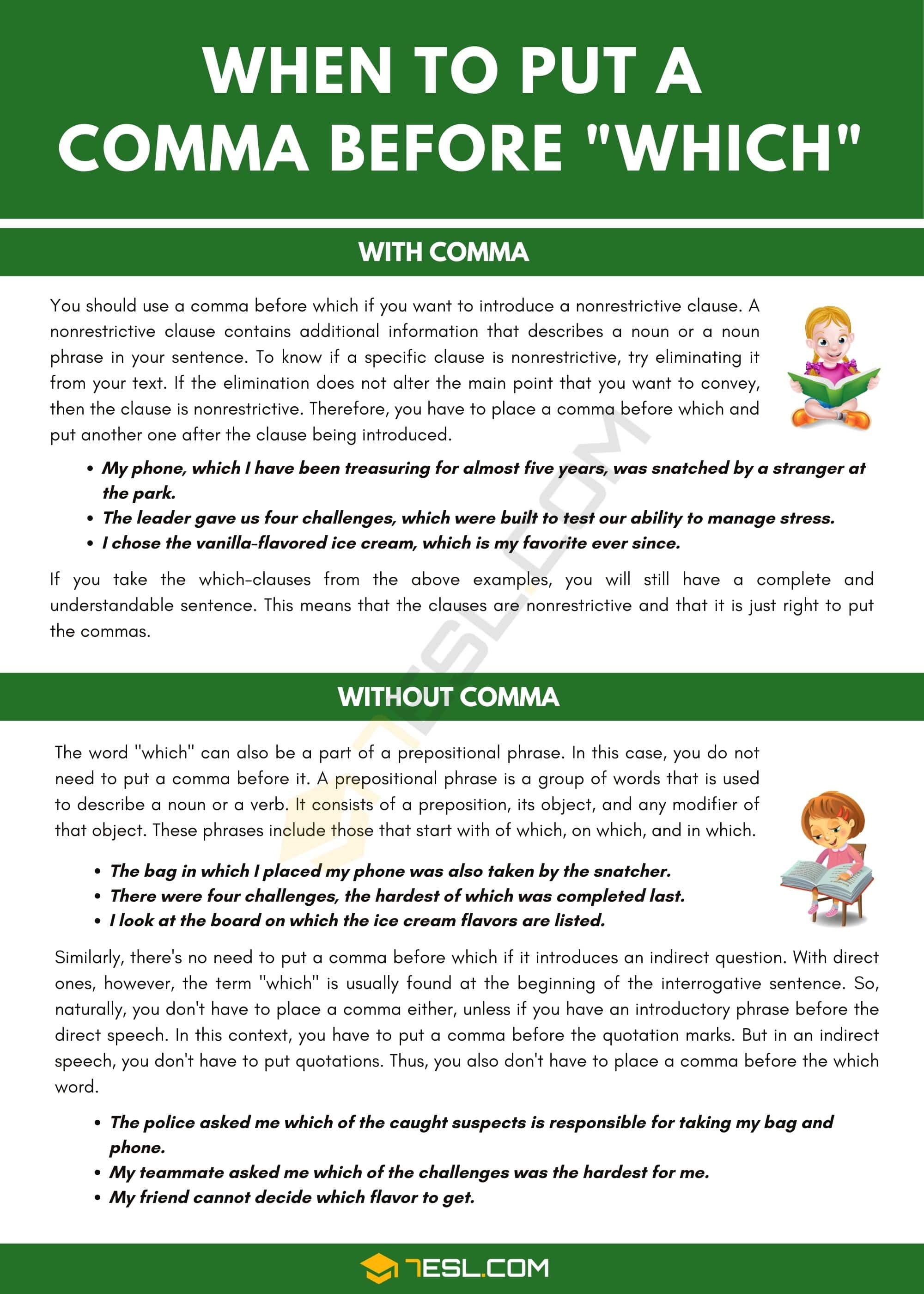 Which put me in a Coma after which it got better no matter which sandwich has mayo or miracle whip which was made in Salem, but don’t quote me on why I itch Come a rash cause ma made me grab a switch which hurt for the Salem thing.