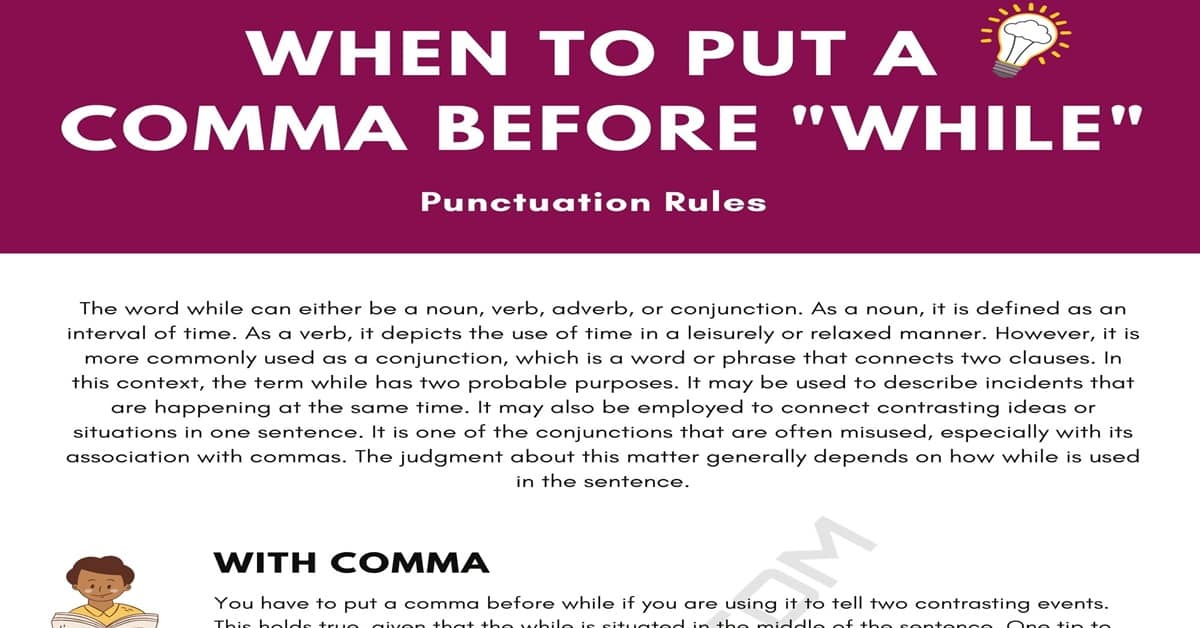 When do you use a comma before while? A comma is a tricky, little detail in a sentence that, if placed incorrectly, could alter the whole meaning of the text. It is essential to know the rules when to incorporate commas in the sentence that you want to convey. The other sections of this site provide you with more punctuation and grammar rules, including how to use punctuation marks appropriately. Feel free to check them out. But for this specific article, the focus is on the use of a comma before while.

The word while can either be a noun, verb, adverb, or conjunction.

As a noun, it is defined as an interval of time. As a verb, it depicts the use of time in a leisurely or relaxed manner. However, it is more commonly used as a conjunction, which is a word or phrase that connects two clauses. In this context, the term while has two probable purposes. It may be used to describe incidents that are happening at the same time. It may also be employed to connect contrasting ideas or situations in one sentence. It is one of the conjunctions that are often misused, especially with its association with commas. The judgment about this matter generally depends on how while is used in the sentence.

When to Put a Comma Before While

You have to put a comma before while if you are using it to tell two contrasting events. This holds true, given that the while is situated in the middle of the sentence. One tip to easily recognize this rule is by replacing while with whereas or although. If the idea means the same after replacement, then you’re placing the comma right. Not putting a comma when you want to contrast ideas will change the way it is read by the readers. It could create confusion or misinterpretation.

Here are some examples showing the proper use of a comma before while.

Try replacing the word while with as and see if the sentence appears to be the same. If it does, then it’s just right not to place a comma. Also, you clearly don’t put a comma before while if it is at the beginning of the sentence. However, you’d have to put one at the end of the clause that it introduces.

Comma Before While | Picture 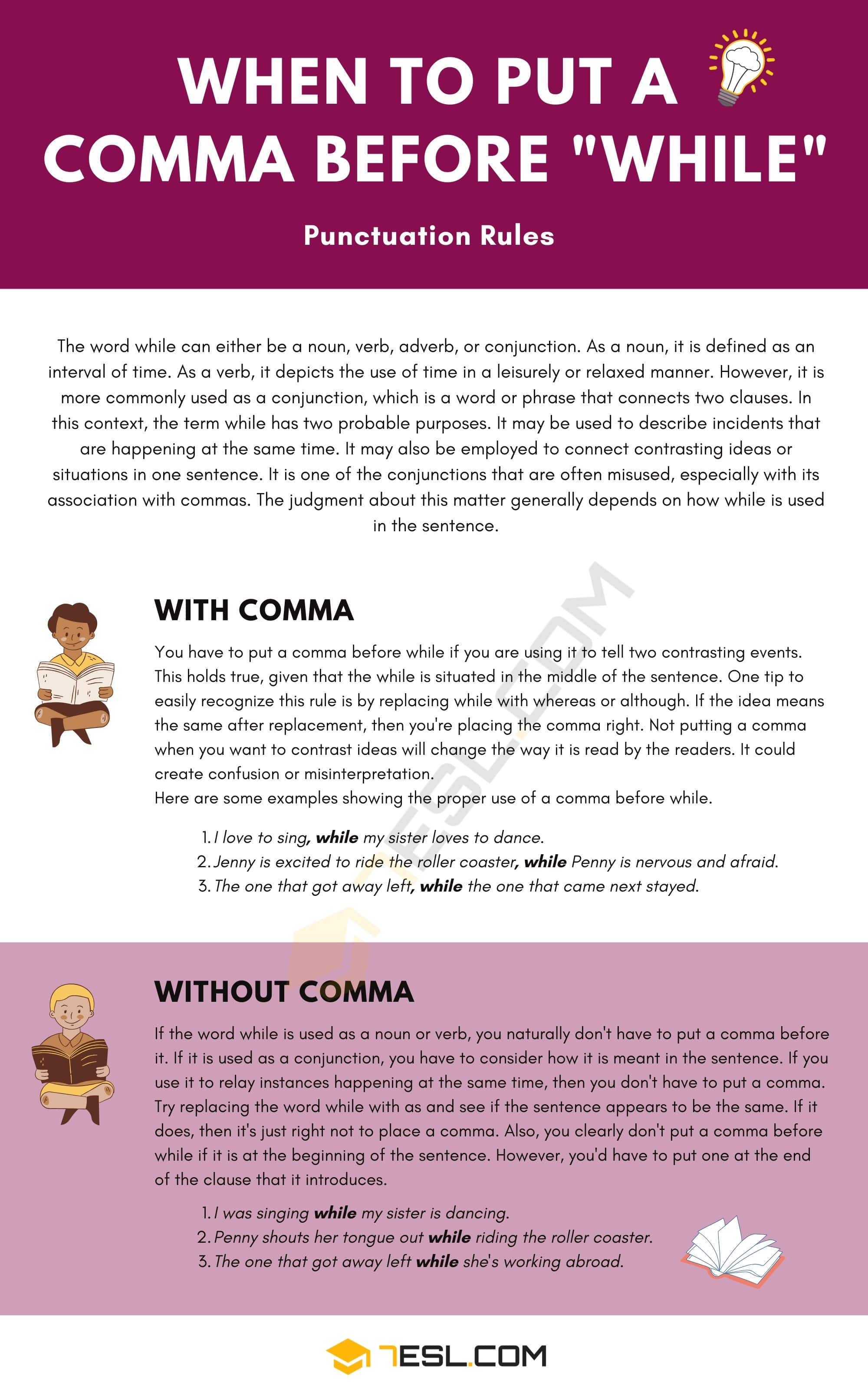 I was singing while my sister is dancing.

“was singing” while “is dancing”?