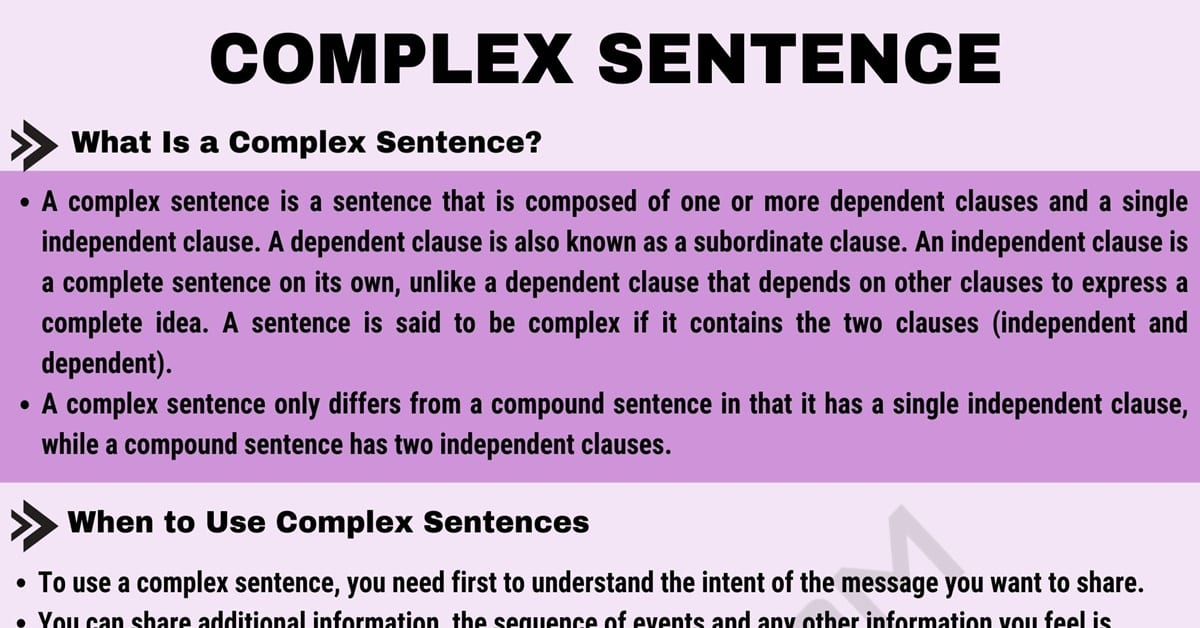 Complex sentence in English grammar. Here you will find the definition and useful examples of complex sentences in English. You will also learn how to use this type of sentence correctly in writing.

What Is a Complex Sentence?

Let’s look at the examples of complex sentences involving dependent and independent clauses:

A complete sentence on its own. Consider the following examples:

This sentence is complete on its own because it expresses a complete thought and has a noun phrase and a verb phrase.

Let’s take a look at a dependent clause, which is not meaningful on its own.

Even though the sentence has a subject (Hazard) and (excelled) as a verb, it’s not complete on its own. Additional information is required to make it complete.

An independent and dependent clause can link up in any order to form a complex sentence.

Consider the following example where an independent precedes the dependent clause:

Let’s consider some of the typical examples of the complex sentence relating to our day to day lives. The words in bold represent independent clauses on each of the following examples:

When to Use Complex Sentences

Writers, at times, get confused about when it’s the right time to use complex sentences in their writing. To use a complex sentence, you need first to understand the intent of the message you want to share.

Complex sentences can also be used to form the basis of a claim, relate and contrast thoughts, and link up together ideas that share similarities into a single point. Complex sentences make it easy to understand what the sentence entails, unlike simple sentences. Here is an example:

The first sentence is simple, while the second one is a complex sentence.

Writers prefer to use complex sentences because of their sentence variety. The use of different sentences in content makes it exciting and encourages the readers to read your content frequently. Sentence variety involves the use of various kinds of sentence structures in your content in a manner you would like them to appear. Writing that only involves the use of similar sentences can discourage the from reading because there are likely to get bored before they get into the middle of your content. Always embrace the use of complex sentences in your writing to motivate your readers to read your entire content.

Complex sentences are a great inclusion to our content as it makes it appealing and engaging to our readers. The link-up of the two clauses (independent and dependent) makes the content much more meaningful and presents us the opportunity to add more information in a sentence.

You have to be careful when it comes to the use of a comma. A comma should only be added whenever there is a pause or a distinction. It’s essential to read your content as if you’re talking to someone, as this will help find areas that require a comma.

Adopt the use of complex sentences in your writing because it makes it fun and allows you to express a thought or an idea in a more detailed manner. Don’t forget to check out on the usage of commas to get it right. 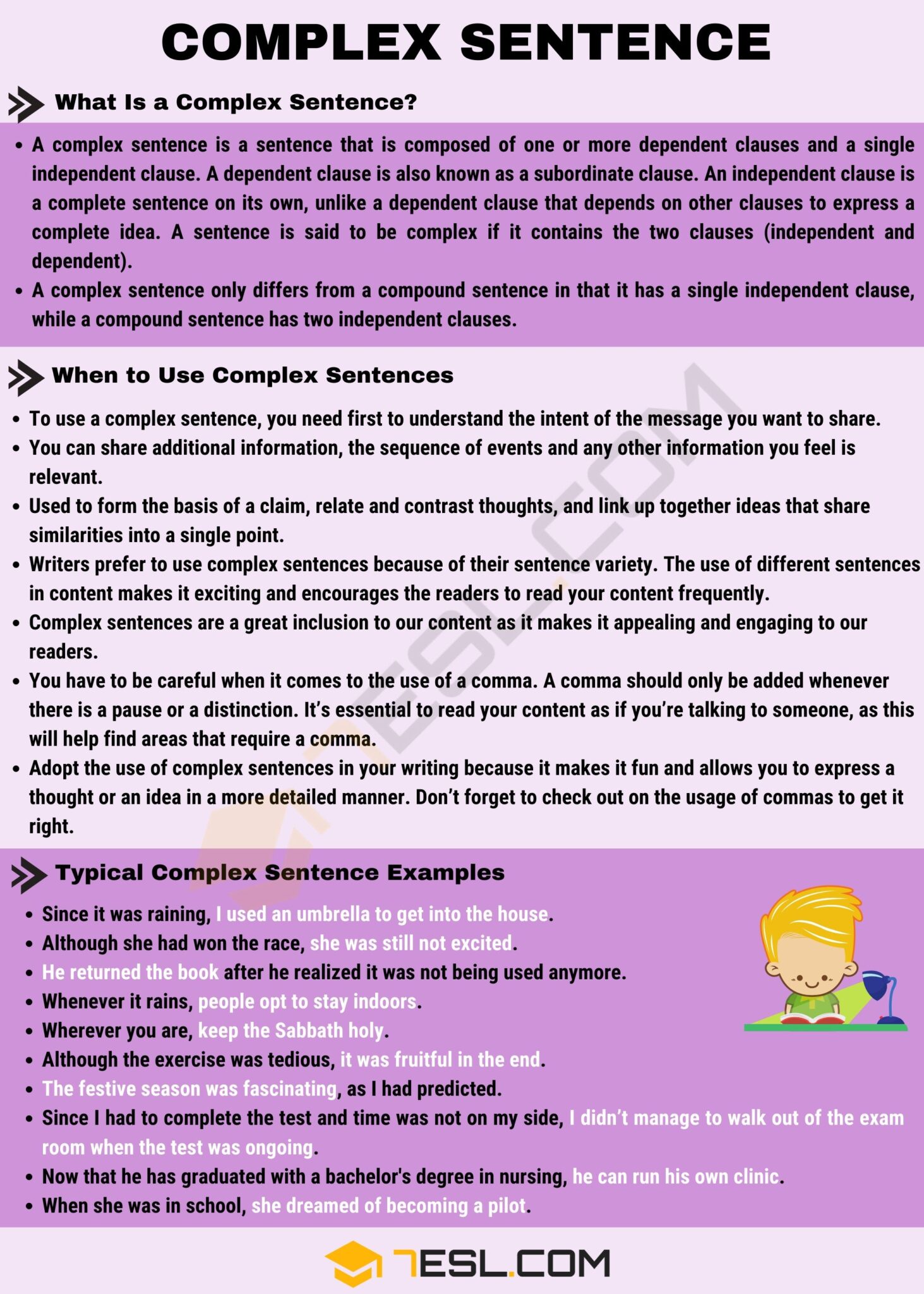 I WANT TO SAYTHAT WHEN I DONT UNDER STAND I GO HER SO THANK YOU!

Since I had to complete the test and time was not on my side, I didn’t manage to walk out of the exam room when the test was ongoing.

Please explain this: Using ‘since’ , ‘and’ in one sentence before ‘I didn’t’ clause, called what?