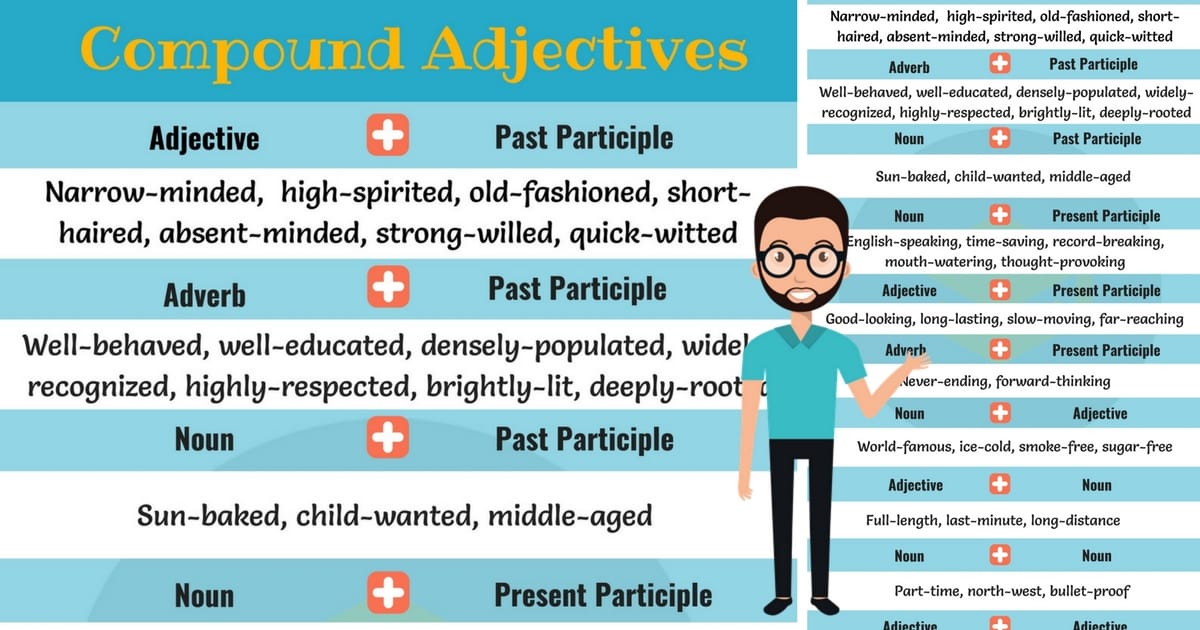 Compound adjectives can be formed as follows:

He was too narrow-minded and prejudiced and bigoted.

An old-fashioned bell tinkled as he pushed open the door.

He was dancing with a short-haired woman.

The actress was so absent-minded that she fluffed her lines.

She’s very strong-willed and if she’s decided to leave school, nothing will stop her.

He proved himself a quick-witted negotiator.

Everyone says he is a kind-hearted man.

He is an obedient and well-behaved child.

I come from a well-educated family.

The Republic of Malta is a small and densely-populated island nation in southern Europe.

She’s a widely-recognized expert in technology.

Our speaker tonight is a highly-respected scholar.

He walked into the brightly-lit kitchen, opened the fridge, took out a bottle of water.

We strolled along the sun-baked streets of Naples.

I wanted to buy my daughter the most child-wanted toy.

United Kingdom is an English-speaking country.

We spend a fortune on the latest time-saving gadgets.

The show had a record-breaking run in the London theatre.

The waitress came round with a tray of mouth-watering cream cakes.

The film had a thought-provoking message.

He was tall and quite good-looking.

The impact of divorce on children can be long-lasting.

He was stuck in a line of slow-moving traffic.

Our findings have far-reaching consequences for researchers.

Writing a dictionary is a never-ending task.

Some forward-thinking politicians are proposing reforms to the educational system.

His books are world-famous.

This is a smoke-free restaurant.

A full-length portrait of the Queen hung on the wall.

It was a last-minute decision.

We have 20 part-time members of staff .

You can put it over frozen yogurt, fat-free ice cream, whatever you like. 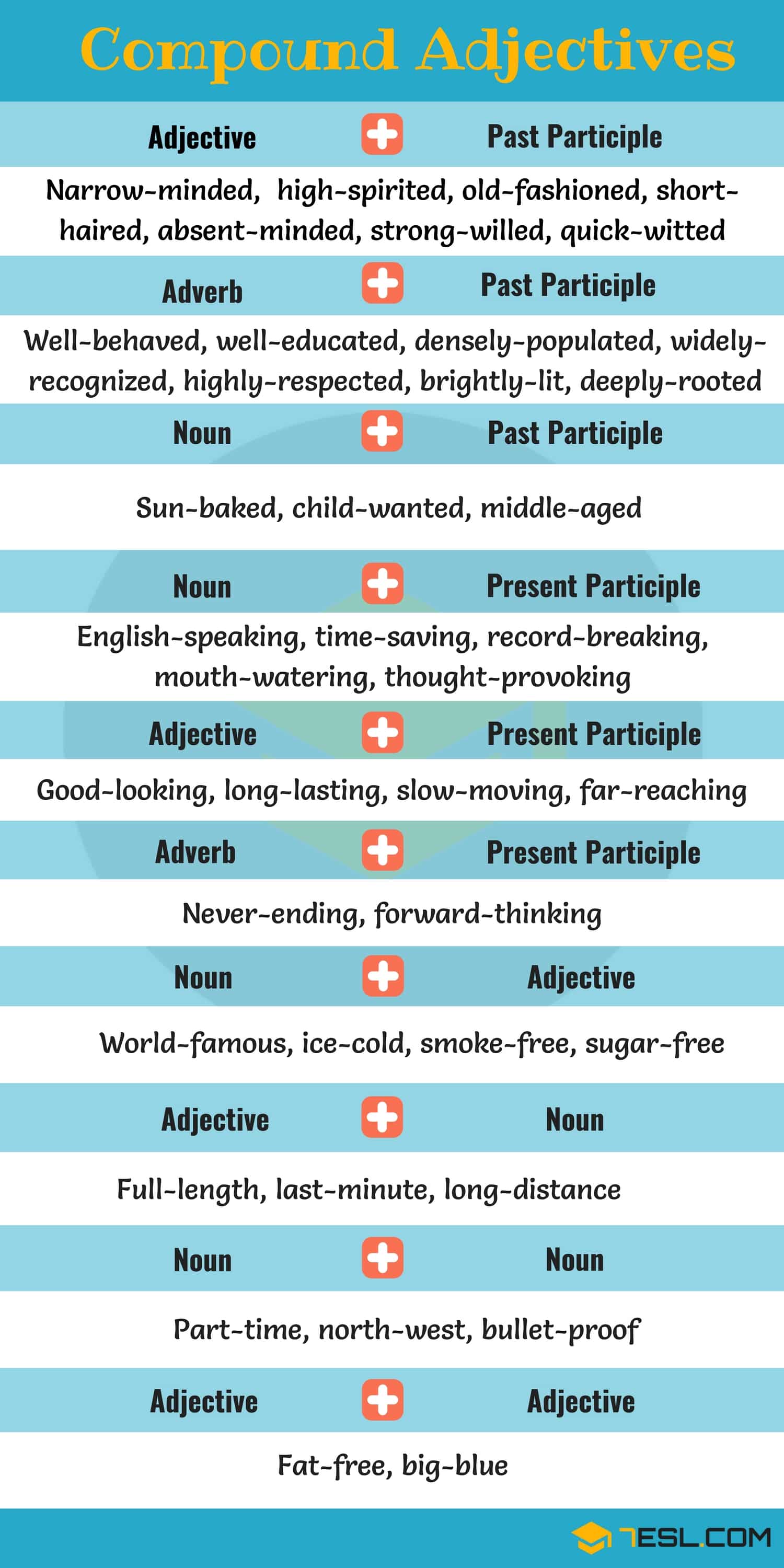 Your lesson is very good. Thank you

This is a well-done lesson but you forgot to mention the number-noun(sing) : eg a ten-day trip

I want to make sentences with compound adjectives as
Describe your experience of meeting an author at a book store.