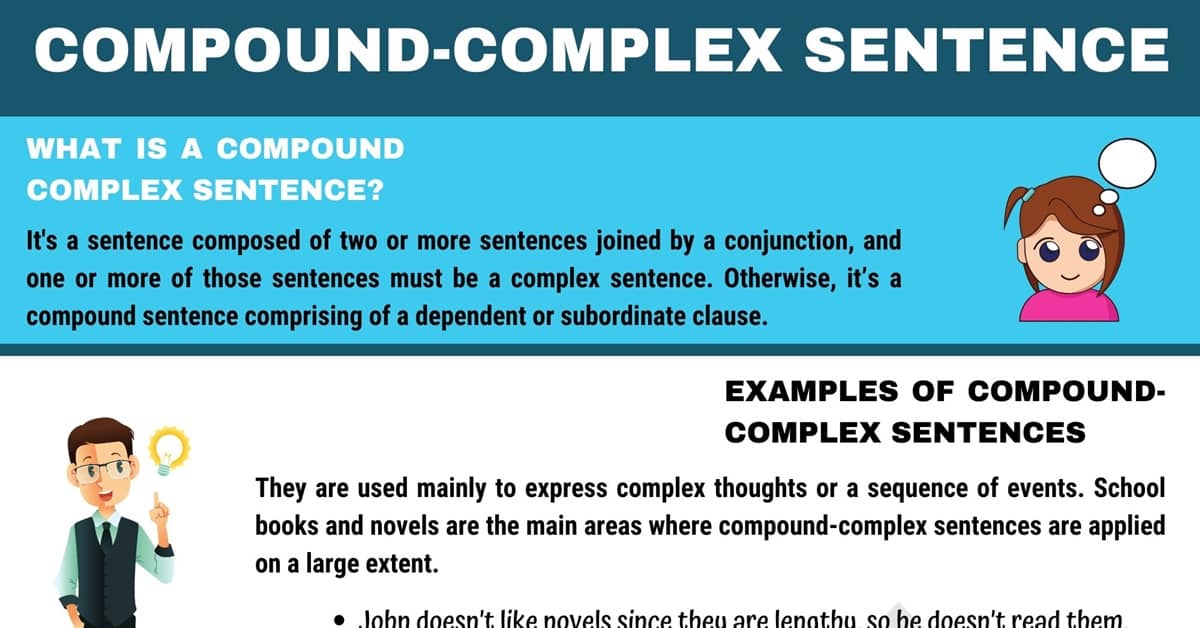 What is a Compound Complex Sentence?

It’s a sentence composed of two or more sentences joined by a conjunction, and one or more of those sentences must be a complex sentence.

Otherwise, it’s a compound sentence comprising of a dependent or subordinate clause.

They are used mainly to express complex thoughts or a sequence of events. School books and novels are the main areas where compound-complex sentences are applied on a large extent. Let’s look at the following examples to get to learn what’s entailed in this type of sentence.

This sentence is composed of multiple clauses, but the rules are still the same.

The above examples use conjunctions to join the clauses together.

Components of a Compound-Complex Sentence

In this type of sentence, the independent clauses are referred to as coordinate clauses.

Coordinating conjunctions are used to link up two or more independent clauses, as illustrated in the following examples:

Here “and” and “but” are the conjunctions used to link up the independent clauses in the above sentences.

It depends on other clauses to express a complete statement in a compound-complex sentence. Just like independent clauses, dependent clauses are also composed of a noun phrase and verb phrase, but they only meaningful when linked with other clauses because they start with words such as if, while, because among others.

In simple terms, they are designed to make a sentence much more meaningful.

In the example, “Though he was late” it describes why James was having a problem completing the assignment. It’s is meaningless without depending on an independent clause. The clause begins with the subordinate conjunction “Though”.

They are designed to link up independent clauses and other simple phrases. The most used coordinating conjunctions are so, or, for, but, yet, and, and nor.

Always include compound-complex sentences in your writing to make it appealing and much more meaningful to your readers. By doing this you can be sure to attract more readers to your content because it is interesting and informative. 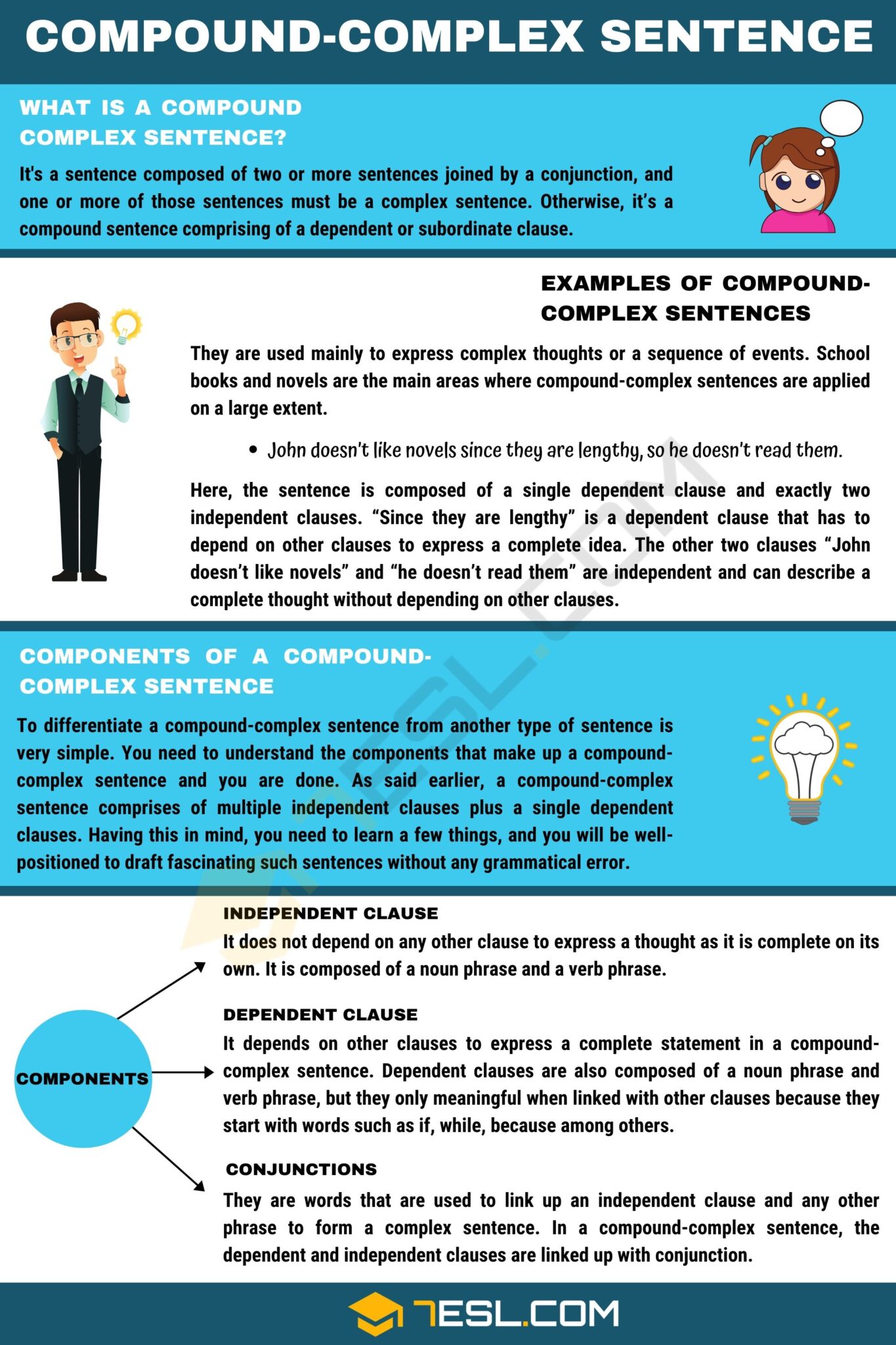 Your Barbeque
Reply to  christy mangayaay

I’m really on your s**t, so lonely you had to reply to yourself.

Thank you for sorting out the sentences and their various sections.

OK, thank you. Helpful, but not relevant for my specific topic.