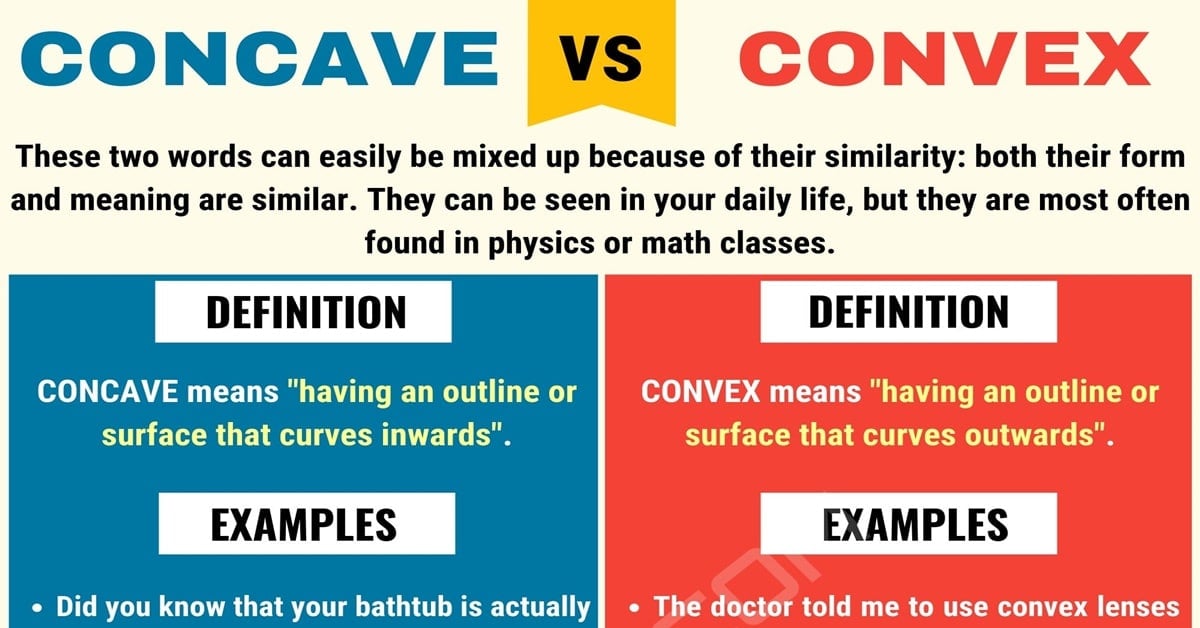 Concave vs. convex! These two words can easily be mixed up because of their similarity: both their form and meaning are similar. They can be seen in your daily life, but they are most often found in physics or math classes.

When to Use Concave

If you drop a plate but it doesn’t break fully, it’s just missing a piece, then the shape of the plate would be a concave shape. If you have a ping pong ball and you step on it, denting it in the process, then the shape of the ball would also be concave. So concave is always used for curves that go inwards. In math, a function is concave if no line segment joining two points on the graph lies above the graph at any point (there are formulas for this, I just gave you the definition).

When to Use Convex

If your soccer ball or tire has a bulge, then you can call them convex. If you ever see a square you can call it convex too. So convex means that there exists a curve that goes outwards. A convex function is similar to a concave function, but this time there should be no segment joining two points on the graph that lies below the graph.

Tips for Using Concave vs. Convex

There is no obvious reason for why concave is concave and convex is convex, so you can get them mixed up really easily. I did that in math class all the time. I figured out a trick that saved my life (and grades). Imagine a mountain with a cave at the bottom, just like in cartoons. Now, only draw the outlines. What you get is a concave shape. Simple, right?

Difference between Convex vs. Concave | Image 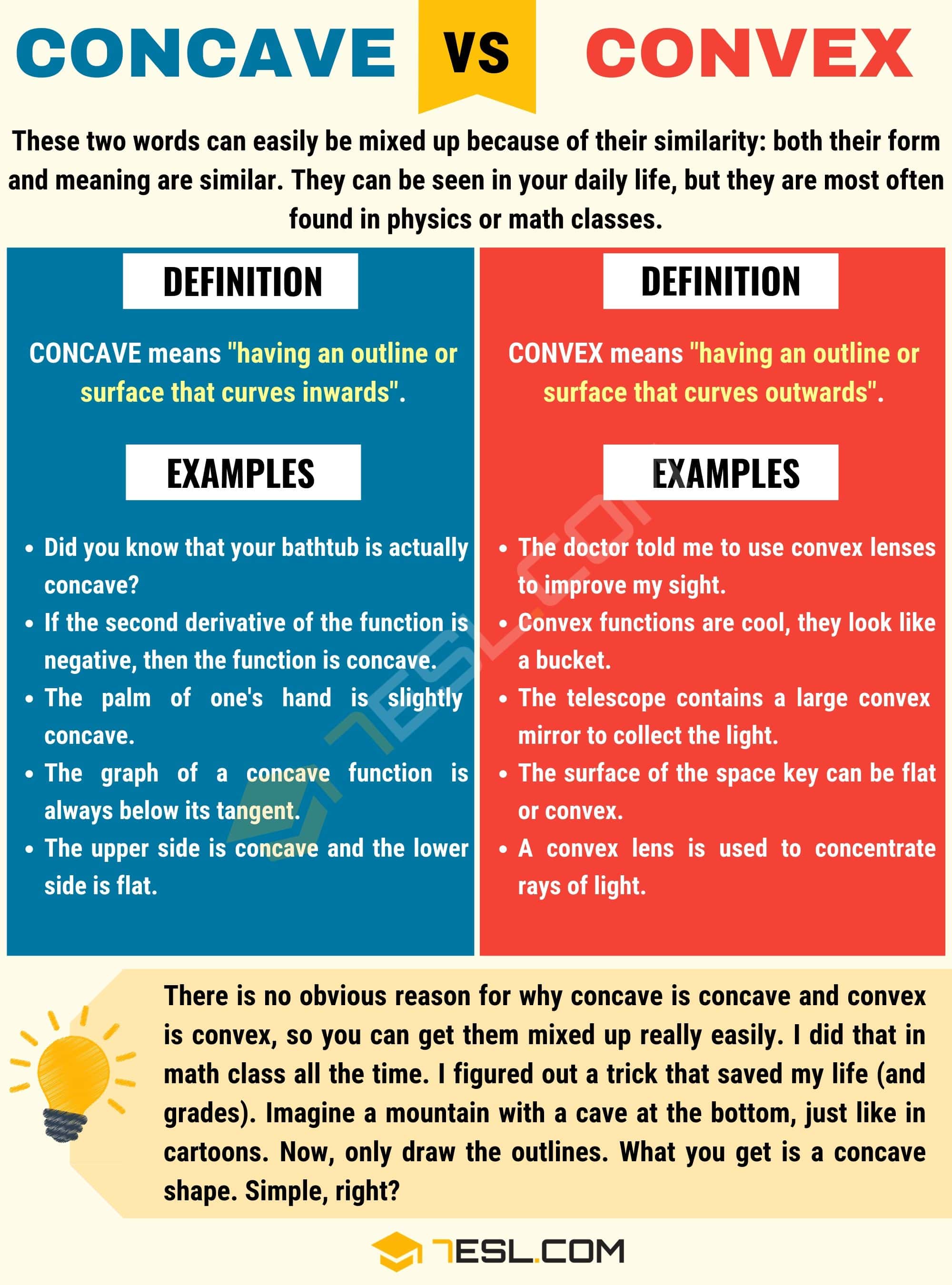 Convex vs. Concave: How to Use Concave vs. Convex Correctly?