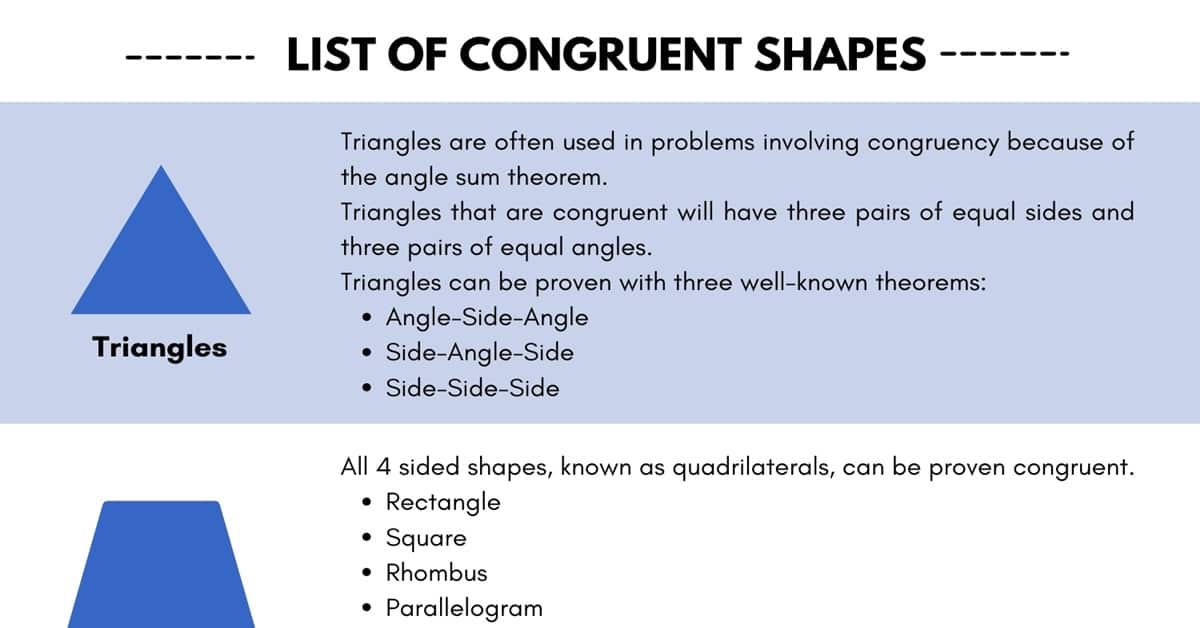 In Geometry, the word “congruent” means exactly the same, congruent can be taken to mean equal. When we look at circles, triangles, parallelograms or irregular shapes, we may need to determine if they are the same, or congruent.

What Is a Congruent Shape?

A shape can only be proven to be congruent if you can prove that all sides and all angles are congruent.

Congruent shapes are often formed by a translation, or movement, of an original figure.

All produce congruent figures, they are also known as rigid movements because they do not change the shape of the figure being moved.

Dilations change the shape of the figure and result in similar figures, which are not congruent.

Pairs of any type of shape or figure can be proven congruent.

Triangles are often used in problems involving congruency because of the angle sum theorem.

Triangles can be proven with three well-known theorems:

The triangle angle sum theorem says that all triangles interior angles have a sum of 180 degrees, so proving all angles congruent does not prove that a triangle is congruent, it only proves that they are similar and their sides will have a proportional relationship.

All 4 sided shapes, known as quadrilaterals, can be proven congruent.

It is important to know the properties of each of these figures in order to prove them congruent.

For example, parallelograms have one or two sets of parallel sides, knowing the sets of congruent angles contained in parallel lines will make proving these figures congruent very simple. 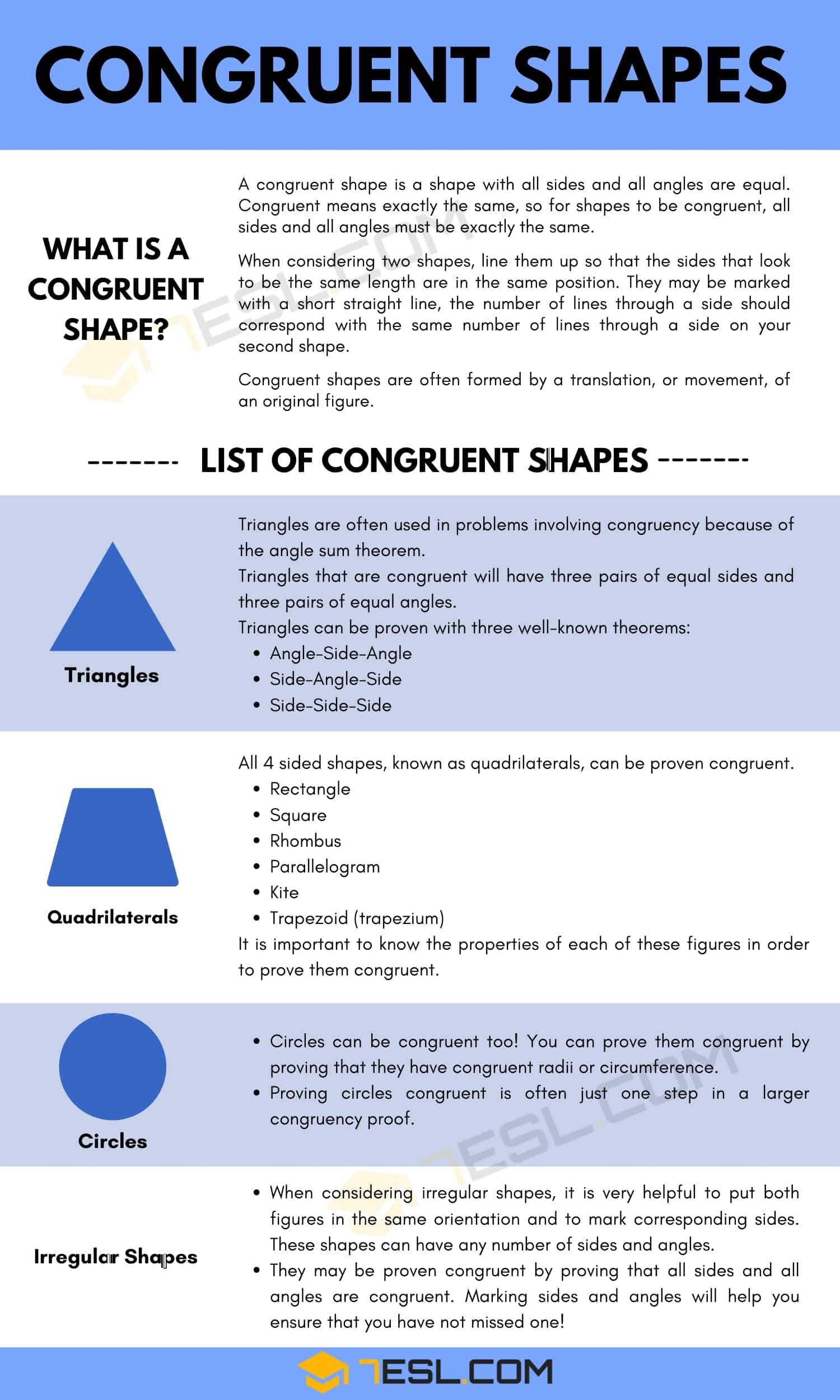