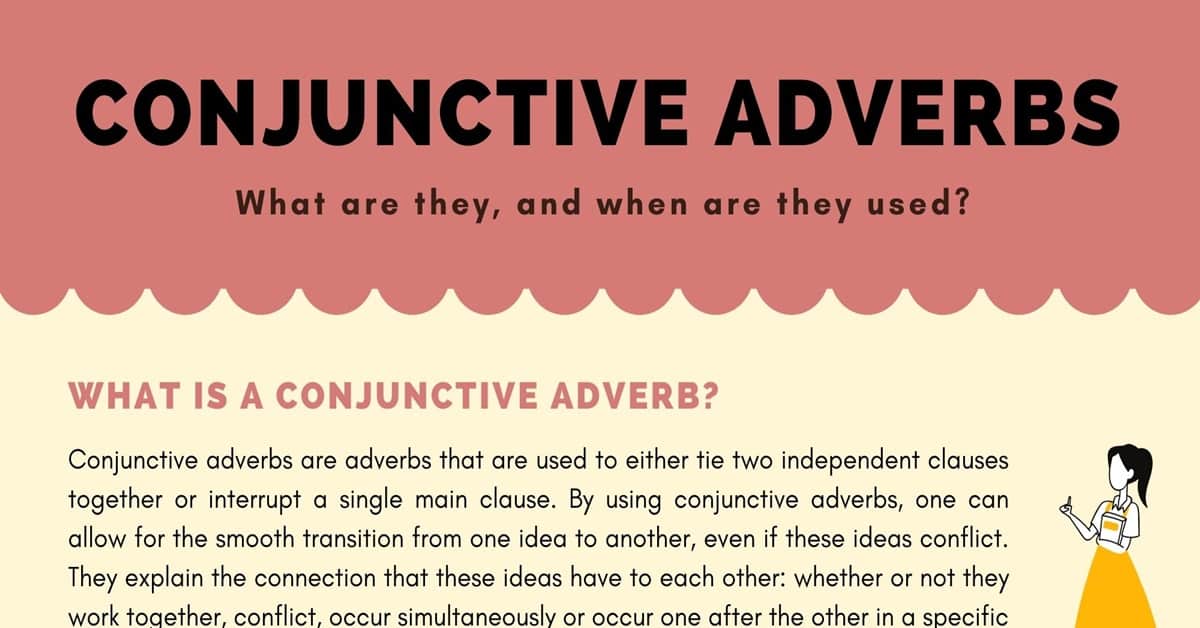 In the English language, the eight parts of speech are the key components of grammar that dictate the ways in which sentences can be properly constructed. Furthermore, the same words used as different parts of speech can have completely different meanings. For example, consider the word cut in the following sentences:

In this scenario, cut is functioning as a noun, referring to physical injury.

Adverbs can also be used as the connective fibers that tie together multiple clauses. One such scenario is the conjunctive adverb, also known as the adverbial conjunction.

What Is a Conjunctive Adverb?

Conjunctive adverbs are adverbs that are used to either tie two independent clauses together or interrupt a single main clause. By using conjunctive adverbs, one can allow for the smooth transition from one idea to another, even if these ideas conflict. They explain the connection that these ideas have to each other: whether or not they work together, conflict, occur simultaneously or occur one after the other in a specific sequence of events may determine which conjunctive adverb will properly convey the sentence’s meaning. While choosing when and how to utilize a conjunctive adverb may initially appear as a daunting task, the logic behind their usage is fairly simple.

How Are Conjunctive Adverbs Used?

There are two major scenarios where you may find yourself using conjunctive adverbs: when connecting two main clauses, and when interrupting or introducing a single clause.

In this situation, the conjunctive adverb is used as a way to flow smoothly from one idea to another in a single sentence. When using conjunctive adverbs in this scenario, a semicolon is utilized to separate the two ideas. Consider the following ideas or clauses:

Then consider the implied meaning behind these clauses: “If I hadn’t woken up late for school, I would have eaten breakfast,” or, “I would have eaten breakfast had I not woken up late for school.” In order to tie these thoughts together smoothly while still maintaining the two clauses’ independent meanings, consider the following use of a conjunctive adverb:

=> I woke up late for school and had to rush out the door; otherwise, I would have taken the time to eat breakfast.

In this sentence, otherwise is acting as a conjunctive adverb. It shows that the second clause is a subsequent result of the preceding clause, and had that not been the case, the speaker would have acted differently. Notice the punctuation that is used in this scenario; a semicolon (;) before the conjunctive adverb, and a comma (,) immediately after.

In this situation, a conjunctive adverb can be used to introduce or conclude a single clause. When using conjunctive adverbs in this fashion, it can oftentimes be used at the beginning, middle, or end of a sentence. Consider the following clauses:

In this case, it is fairly easy to see the connection between these two ideas; the speaker’s stomach hurts because they ate too much for dinner.

There are a few different conjunctive adverbs that can be used in this scenario to maintain this meaning:

In these examples, therefore and consequently act as connectors that indicate the causational relationship between the two independent clauses while keeping them separated. Certain conjunctive adverbs, when used in this way, can come at multiple points in the second main clause. For example, consider the word however in the following examples.

Conjunctive adverbs come in many forms and stand to serve a variety of purposes. When considering using a conjunctive adverb, keep in mind the connection between the two clauses that you wish to maintain. 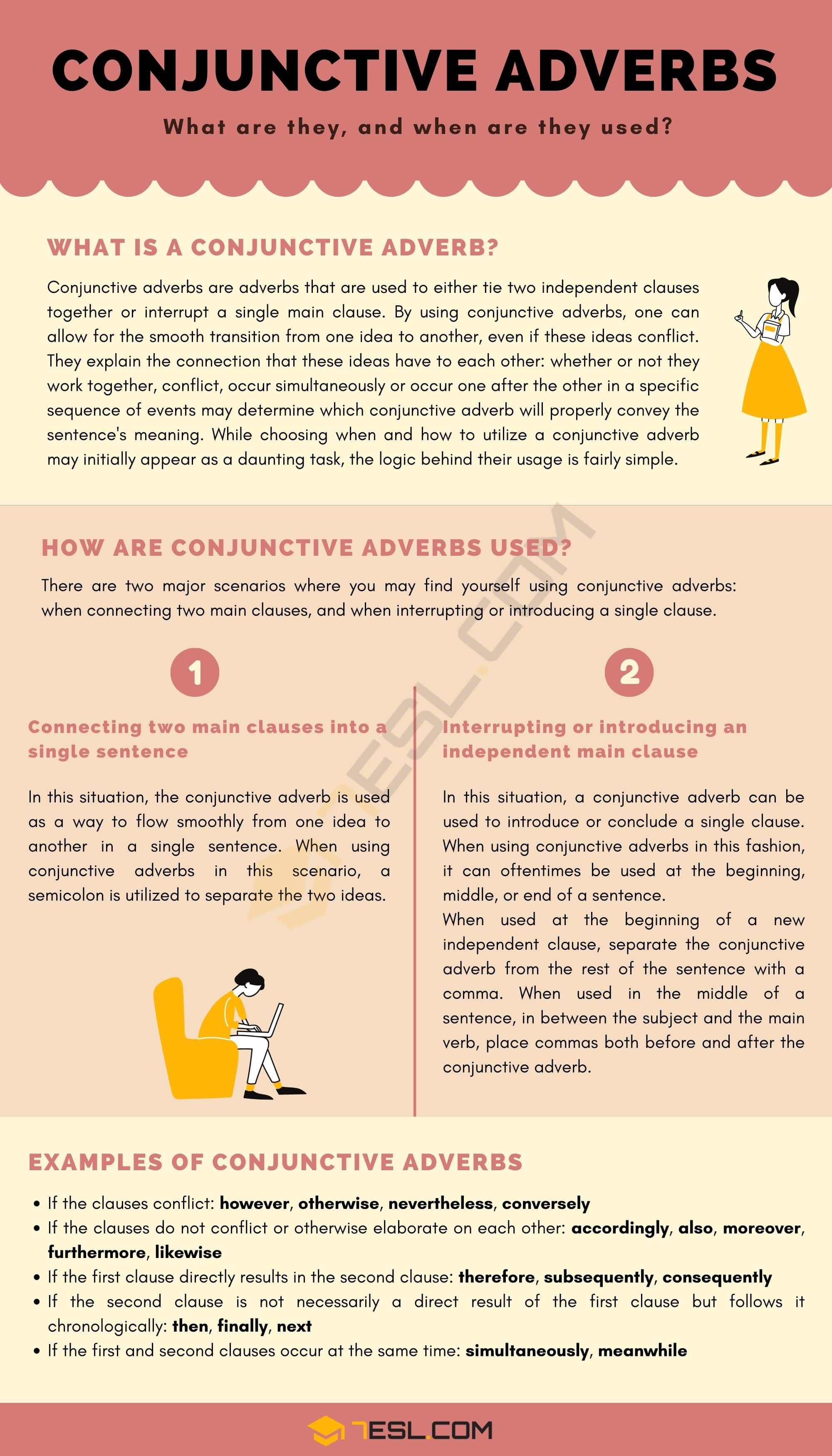 Thank you for the imformation!
It says alot about advebs.
1
Reply

It is very good presentation of grammar