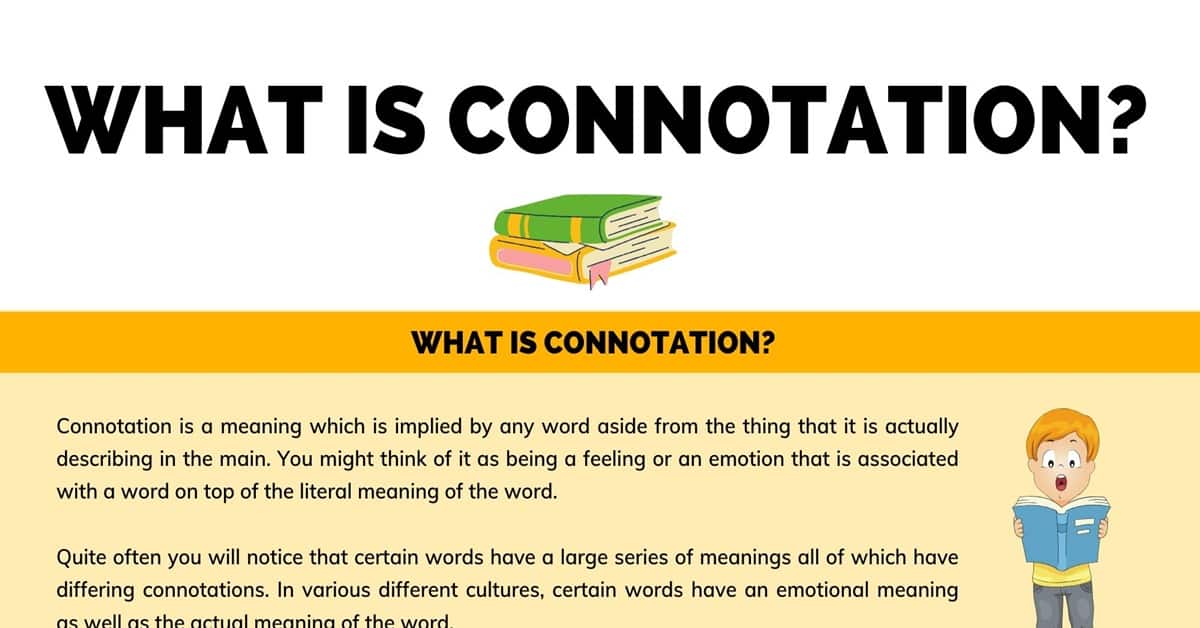 When looking at the English language, you have likely come across the concept of connotation. But at first glance, this might seem like a complicated idea, it is in fact, simple once you understand it. In this article, we are going to be taking a look at exactly what connotation is and what it is used for. We will also be taking a look at a variety of examples which will allow us to grow a greater understanding of its function.

What is Connotation? Connotation is a meaning which is implied by any word aside from the thing that it is actually describing in the main. You might think of it as being a feeling or an emotion that is associated with a word on top of the literal meaning of the word.

The Feeling Of Connotations

As we mentioned, a connotation has an emotional meaning and these can be in either a positive or negative way. This will differ greatly depending on the culture you are from, the social situation or class as well as your own personal experiences associated with the word. A good way of looking at this is to take the words youthful or childish, both of these words have a very similar literal meaning, however when you look at their connotations the word youthful is seen to be positive in that it describes a person as being young and vibrant and energetic.

However, the word childish has a much more negative connotation in that it implies that a person is immature and behaves in a way that would be expected of someone who is much younger.

What Makes Connotation So Important?

We have talked about how a word might have a positive or negative connotation and therefore it is very careful that when selecting a word, you are aware of its connotation and whether it might have a positive or negative impact on your audience. If you select a word which gives a negative emotional response, you run the risk of coming across as offensive. For example, think about the following sentences:

When using the word cheap, it is implied that the dress is of low quality and possibly tacky, however, when we use a word with the same meaning such as inexpensive, it makes the whole sentence sound more positive.

Now that we are much more familiar of what connotation is and how it is used, we are ready to view some further examples of it. Looking at these examples will allow us to gain a greater insight into how the concept of the connotation works and why it is important.

Stench, aroma, smell, scent and fragrance all refer to the same literal meaning, however, consider the following sentences:

Proud, arrogant, confident, egotistical all have the same literal meaning but each of them have a different connotation, as we can see in the following examples.

The first example would imply a good characteristic however the second sentence has the same meaning but implies that the brother has a much more negative personality trait.

Rich, affluent, loaded, privileged, wealthy all have the same literal meaning, however, each of these have different connotations. Take a look at the following examples as a demonstration.

The first sentence makes wealth feel a lot more negative whereas the second sentence gives the impression that wealth is more positive.

Frugal, stingy, economical and cheap all have the same literal meaning, however, when used in a sentence, each will have varying connotations.

The words house and home both have the same literal meaning, however, the word house gives the feeling of a building whereas the word home refers more to a place of warmth, comfort, and love.

Storyteller, fibber, and liar all have the same literal meaning, however, when you take a look at them in the following sentences, you will notice that the connotation of each is very different.

The first sentence gives a negative feeling and makes the boy sound bad whereas the second example gives a more playful and positive connotation.

A connotation is simply the emotional meaning that a word gives off rather than its literal meaning. Often times, you might have a group of words which all have the same literal meaning, for example, scent, smell, aroma, fragrance, stench but each of these can have a different emotional response from the listener or reader. 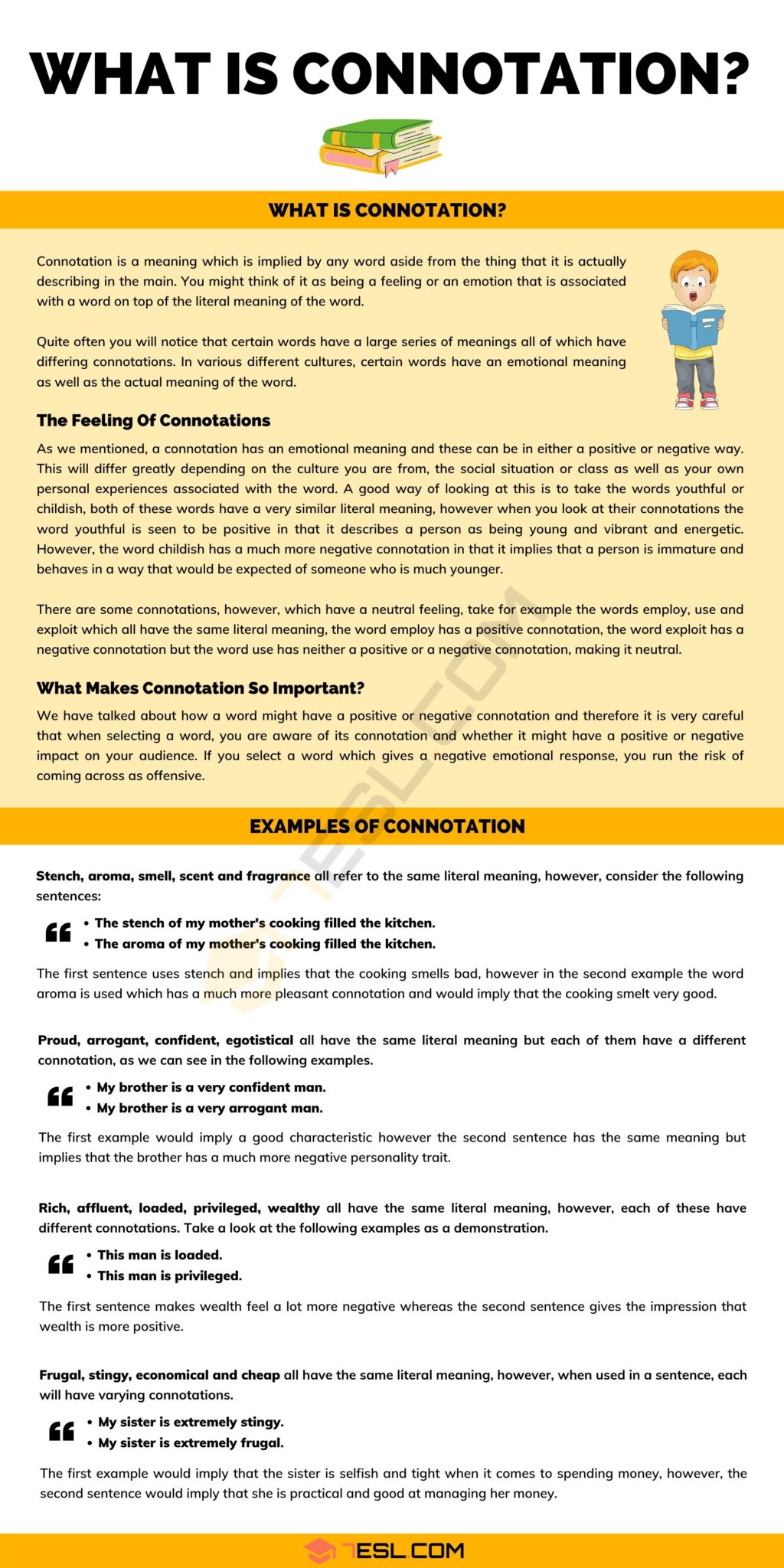