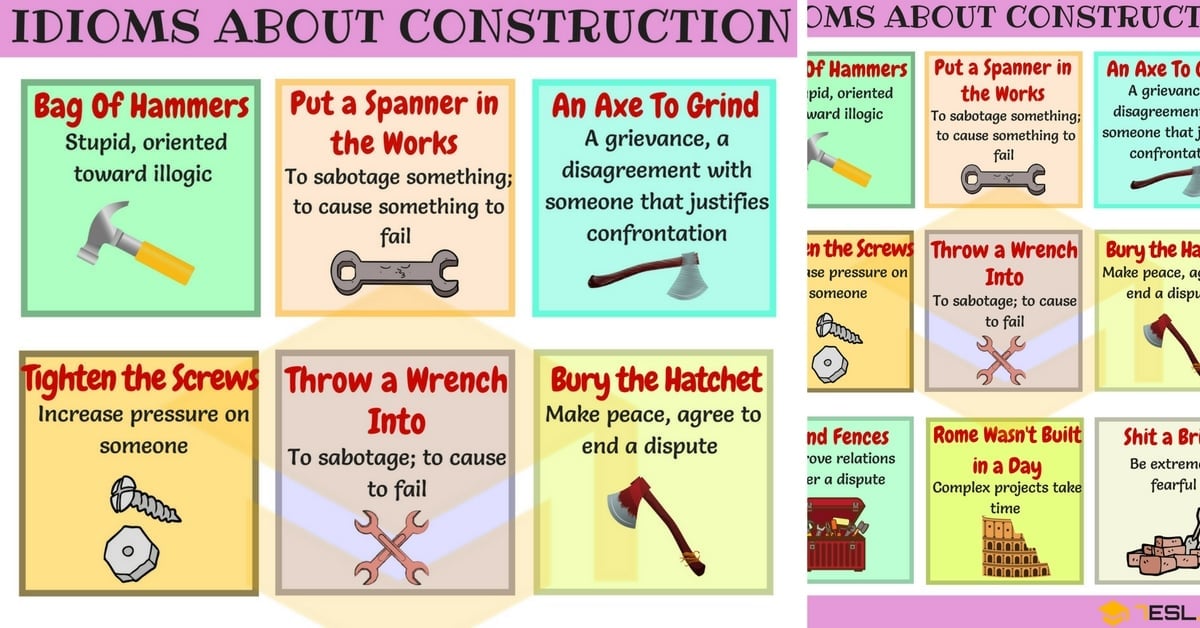 Construction Idioms and Sayings! Learn commonly used expressions and idioms about construction in English with meaning, ESL picture and examples.

Construction Idioms with Meaning and Examples

(Dumb as a) Bag Of Hammers

Note: In the USA, “dumb as a box of rocks” is more common.

(To) Put a Spanner in the Works

Note: The USA equivalent is “throw a wrench into” something, but this is less common.

Note: From the fact that to cut against the “grain” or the natural lines of wood is difficult.

An Axe To Grind

Note: This is of American origin and may have referred to a practice of some Native American tribes. It is now more widely used.

Rome Wasn’t Built in a Day

Note: This is obscene. You can also say “shit bricks.”

Throw a Wrench Into

Note: The UK equivalent is “put a spanner in the works.” Wrench is American; “spanner” is British.

Toss a Wrench (Spanner) Into 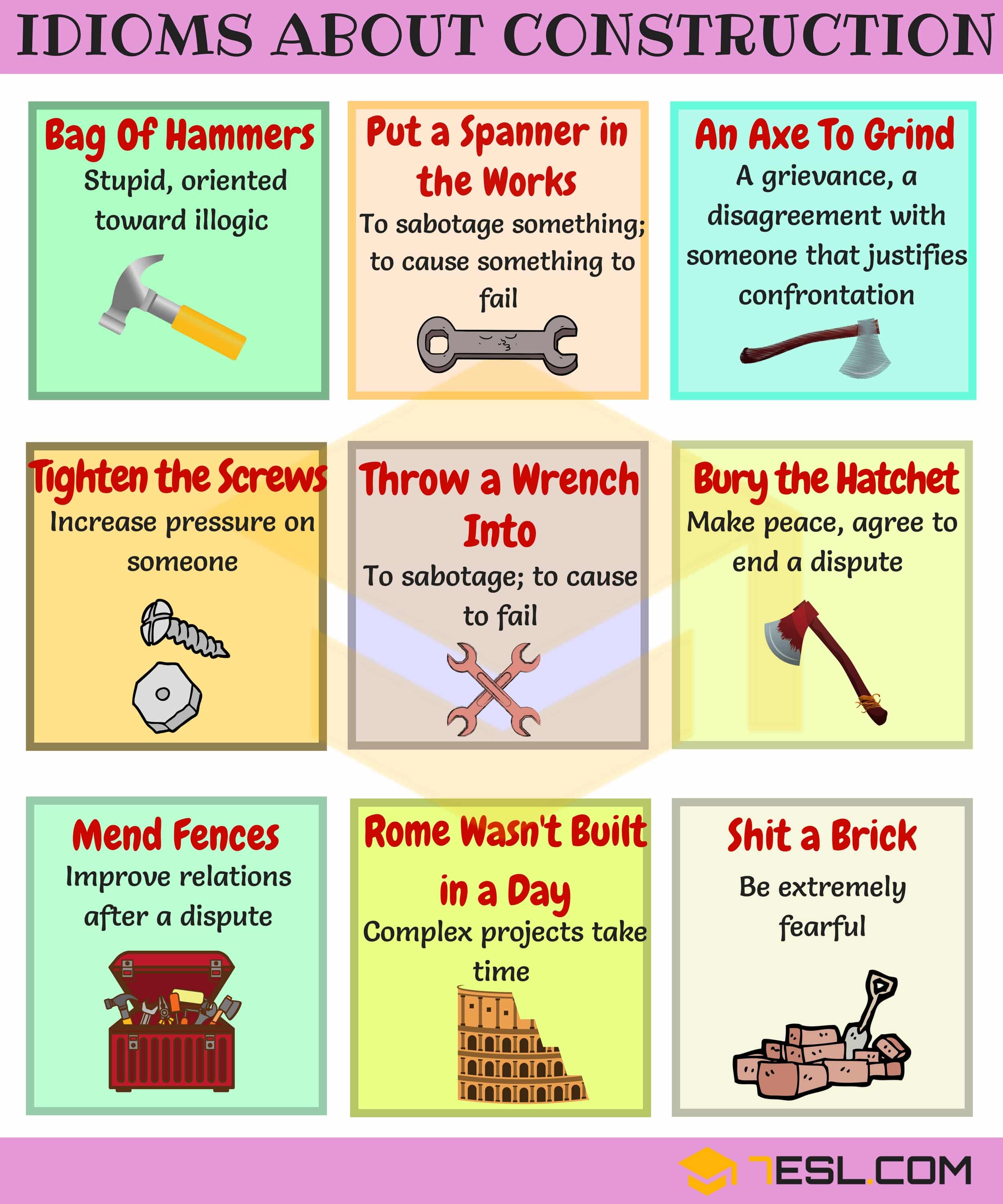