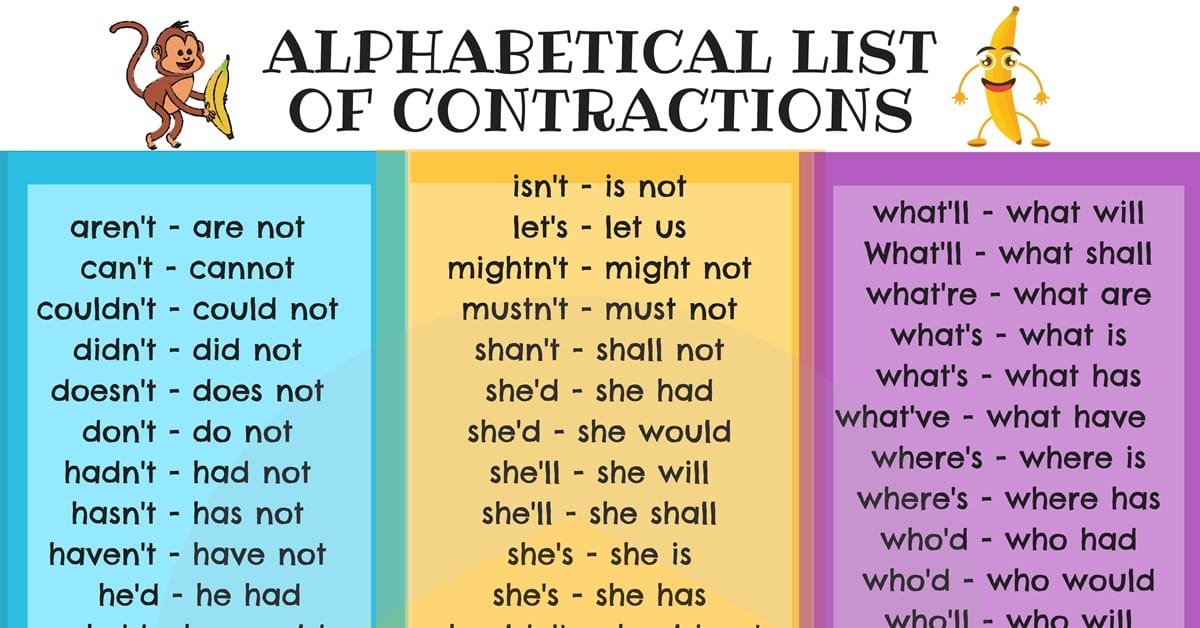 Here you will find a useful contractions list with ESL printable worksheet in English. You will also learn how to pronounce different contraction words in English with a video lesson.

What is a Contraction?

Contractions are shortened word combinations (or forms) that are characterized by the omission of letters and sounds. In English, this is often achieved through the elision (deletion) of certain letters and replacement with an apostrophe (” ‘ “).

Contraction words can usually include forms that combine a pronoun and a verb, or an auxiliary verb and a negative modifier. For example, the usual conjugation structure of the pronoun “I” and the verb “to be” is “I am”. In its contracted form, this conjugation becomes “I’m”.

Contractions can be used in subject-auxiliary inversion, meaning the contraction can switch places with the subject and used as an auxiliary verb. This is often used in questions. For example, “She is not” can be contracted to “She isn’t”, and that in turn can be inverted into the question “Isn’t she?”.

How to Write Contractions Words

To write contractions, you generally must delete a portion of a word in a two-word phrase (like the “a” in “You are”), close any space between those words, and replace the missing letter with an apostrophe (“You’re”).

The verb “to be” can take on many conjugated forms (like “is”, “are”, and “am”). In turn, these conjugated forms can be made into contractions when associated with a noun or pronoun. For example:

Other contracted auxiliary verb forms include those for:

The contractions of auxiliary verbs are as follows:

These contractions words usually involve taking the “o” out of “not” and replacing it with an apostrophe “n’t”. Examples include: 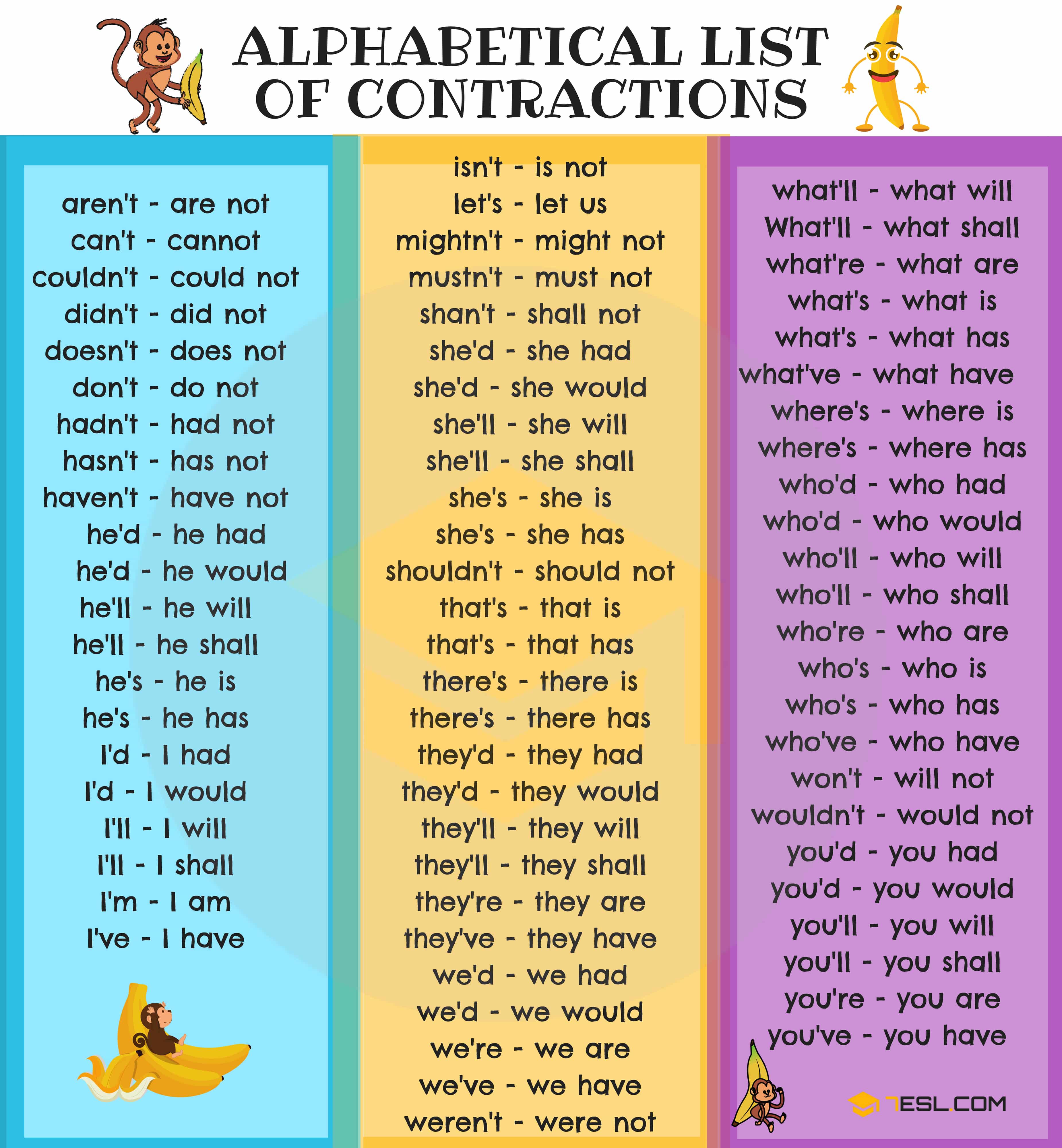 Some very informal contractions include words like “ain’t” (am not), “wanna” (want to), “gonna” (going to) — and should be avoided except for very familiar correspondences. They are not generally acceptable for academic or professional use.

By considering writing context and your audience, you can avoid informal contraction use and use contractions correctly.

When to Use Contraction Words In Writing

Contractions words are usually used in informal writing. As shortened forms of existing words, they are commonly used in casual writing between friends or colleagues. That said, they can be also acceptable in day-to-day correspondence with superiors or writing articles, fiction, or instructions.

Contraction use is strongly discouraged for formal (i.e. academic) writing unless used in representing speech patterns of another person, i.e. quoting a source in a news article or academic paper.

i need a contraction for you not

Where’s the verb? As it is, it isn’t English

You have a mistake on the list above, it should be Who’d – who had or who would