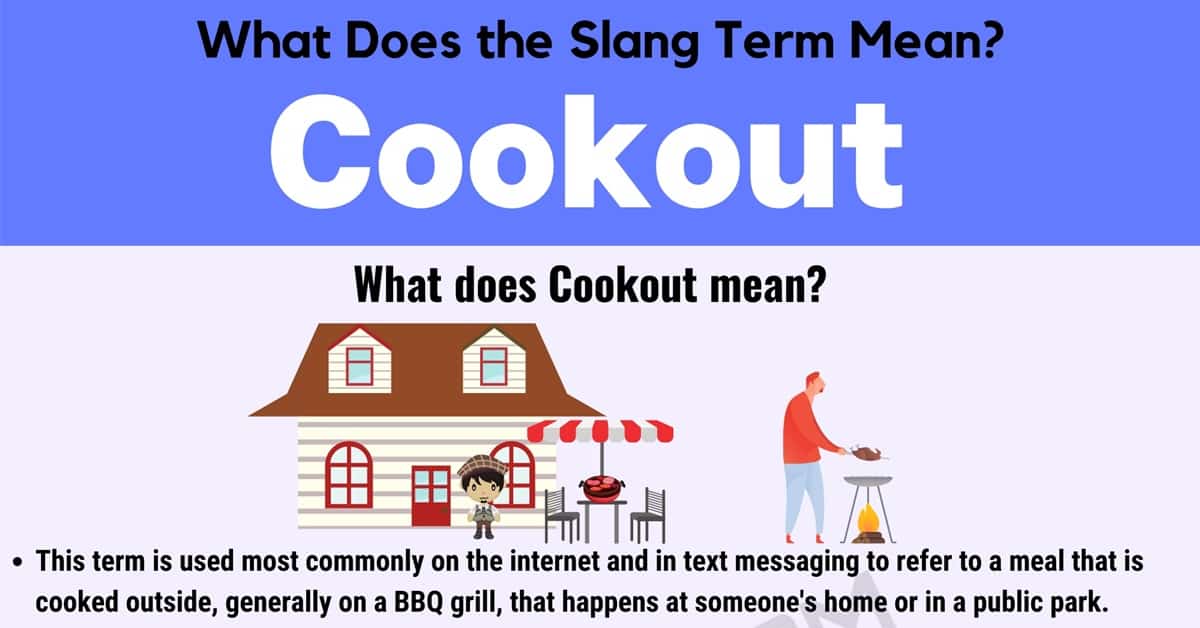 What does Cookout mean? If you live in the Southern United States, it is important to know the meaning of this phrase because if you were thinking it meant the same thing as a barbecue then you would be incorrect. Below you will find the most accepted meaning of this slang term in all forms of communication, as well as some information about its origin and some other meanings if there are any to be found.

Conversation examples are given here in addition to this information so you can see how to properly use this phrase in the context of a normal conversation and hopefully gain a better understanding of this term’s definition. Lastly, you will discover some words or phrases that you can use in place of this term that will not change the meaning of the original term.

What Does Cookout Mean?

This term is used most commonly on the internet and in text messaging to refer to a meal that is cooked outside, generally on a BBQ grill, that happens at someone’s home or in a public park. Generally, this event is attended by a group of people that consist of family and friends. In the northern United States, this is often referred to as a BBQ. However, this term is most widely used in the south. A barbecue in the southern states refers to a meal that is often much larger and much more complex in terms of food preparation.

Although the exact origin is unknown regarding its first usage, the term originated in the southern states of the US as a means to tell a barbecue and this type of meal apart. In the south a barbecue means a whole different type of meal. Although barbecue is used in the West, Midwest, and the North to refer to the same type of meal as this slang term denotes, this term was necessary to tell the two apart in the South and thus this slang term was born. It is a simple compound word combining the words “cook” meaning to prepare and heat food and “out” referring to the outside. 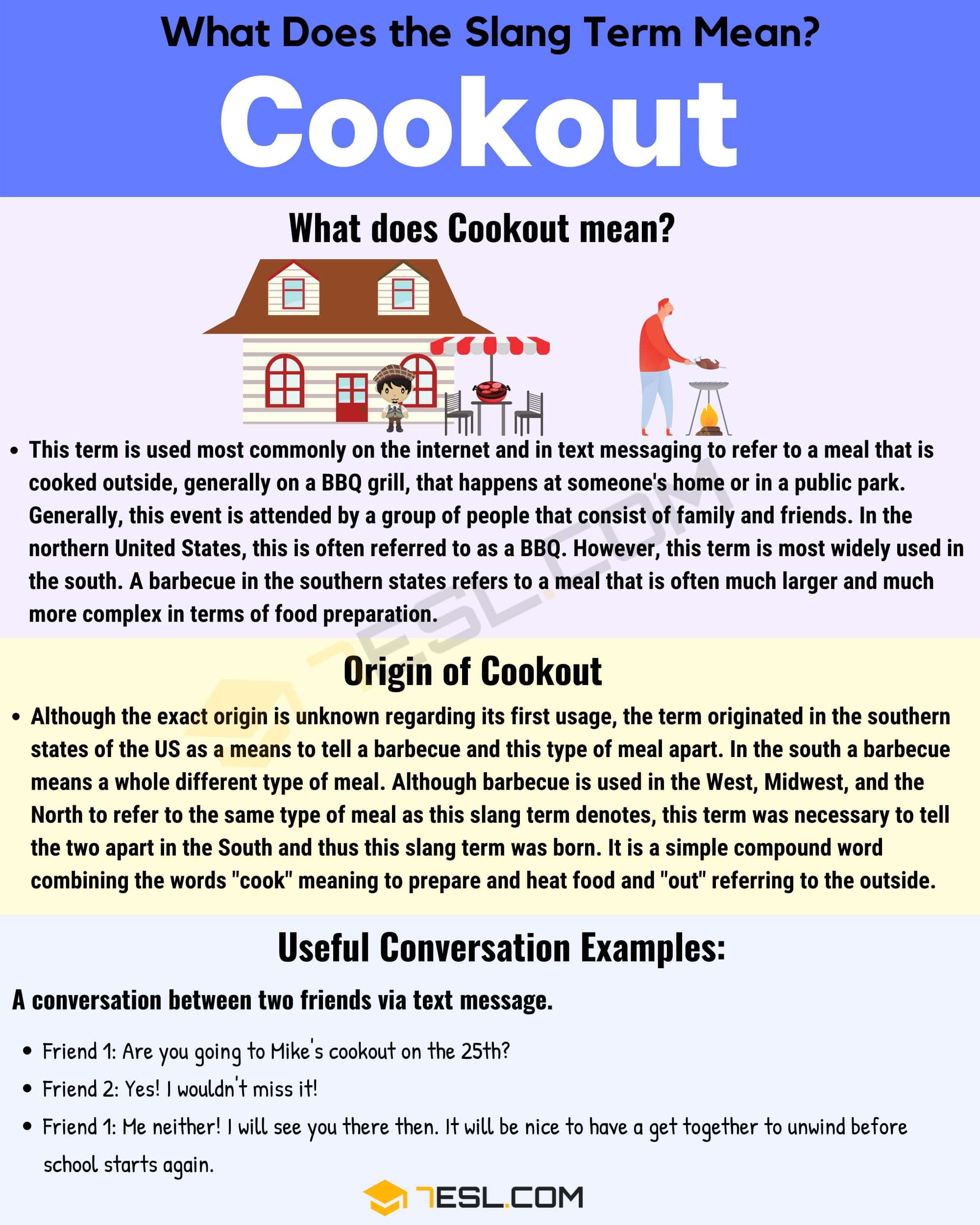