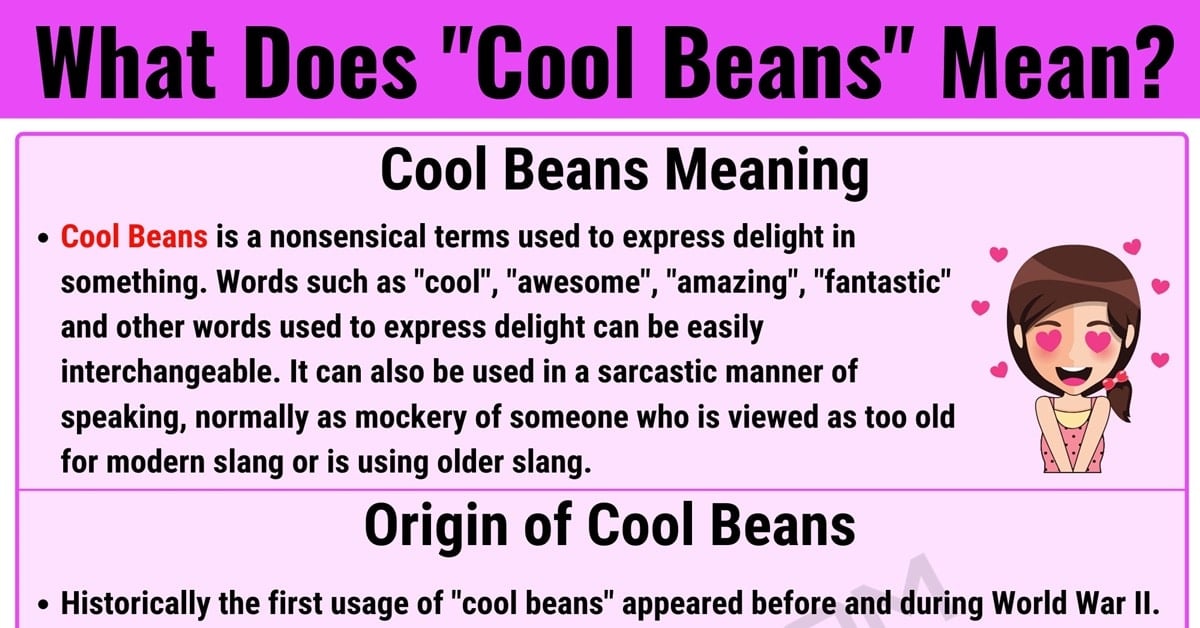 Cool Beans is a rather outdated slang term that still has some popularity due to nostalgia or attempts to be “retro”. Learn the definition, how and when to use this online slang word with ESL picture and helpful text conversations in English.

What Does Cool Beans Mean?

Cool Beans is a nonsensical terms used to express delight in something. Words such as “cool”, “awesome”, “amazing”, “fantastic” and other words used to express delight can be easily interchangeable. It can also be used in a sarcastic manner of speaking, normally as mockery of someone who is viewed as too old for modern slang or is using older slang.

Historically the first usage of “cool beans” appeared before and during World War II. How it was started, and if it had to ever do with actual cold beans, is unknown but most likely it started the same way as “bee’s knees”, another slang term used to discuss something delightful or interesting. During the 1960s and 1970s, cool beans became more common in the American lexicon to express delight or disappointment. The negative usage might be due to disappointment in having to eat cold beans, since beans and bean dishes are normally served hot. It has seen limited usage in the current internet lexicon, but has been used since the 1990s.

The only other usage of cool beans is literal. Cold, or room temperature, beans or bean dishes.

Cool Beans can be used both uppercase or lowercase. There is no other variation on this slang phrase. 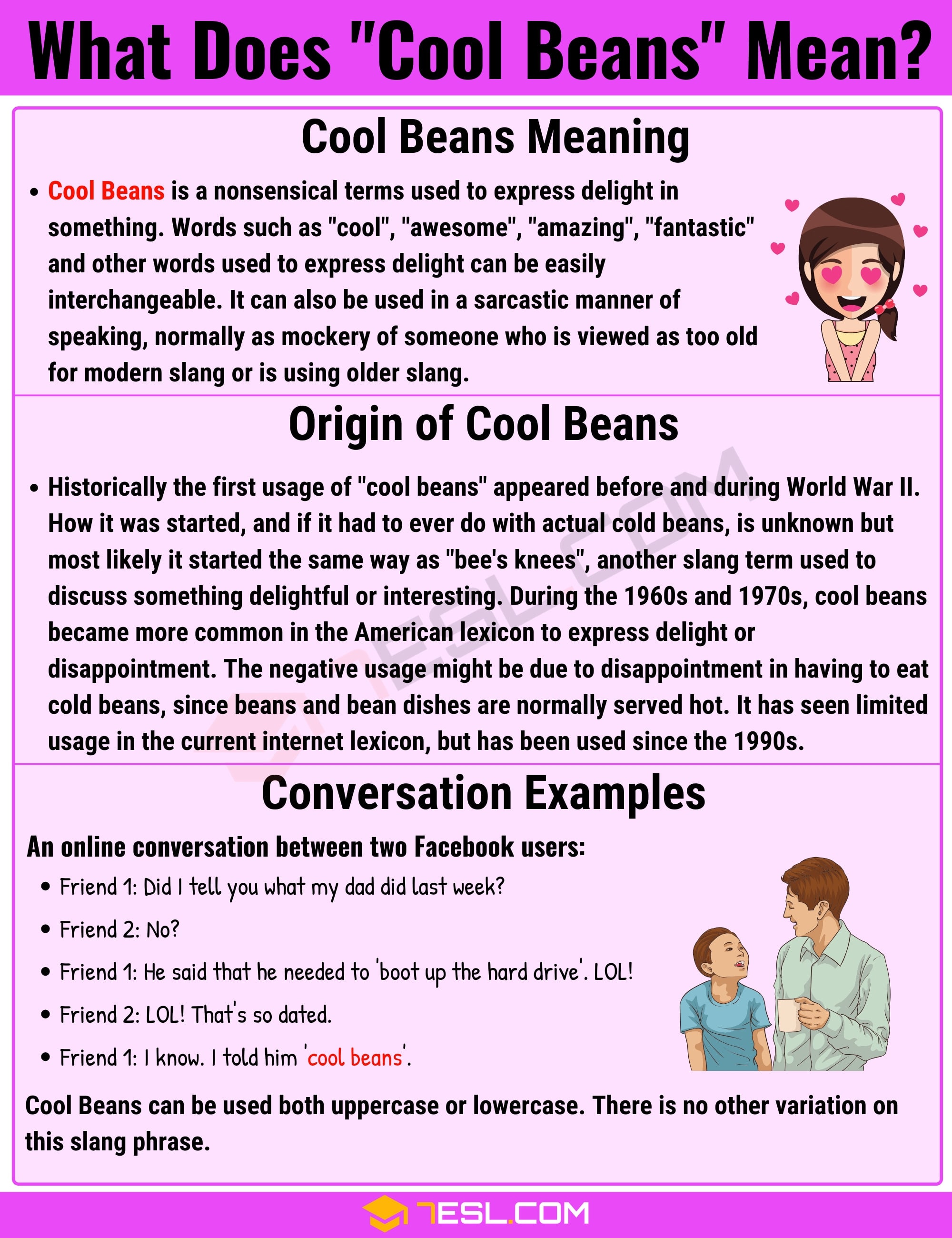 This is still totally stupid.