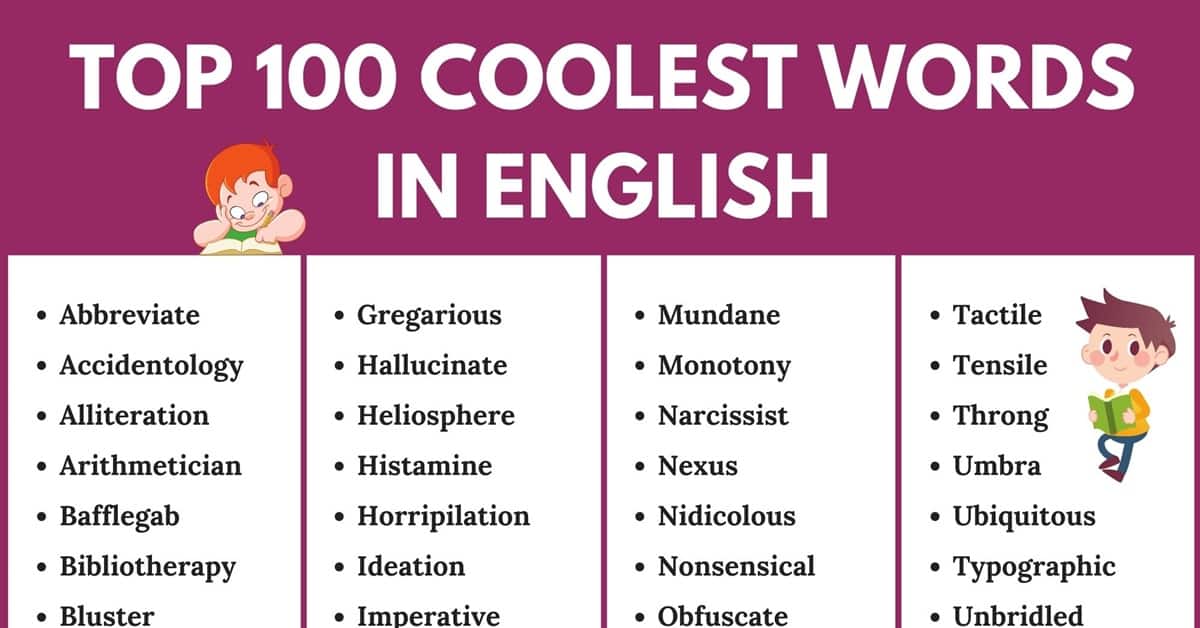 Below are 100 cool words in the English language:

To shorten a word or phrase, usually to just a couple of letters

The study of the prevention of accidents

An expert in basic math functions

Confusing or impossible to understand wording, such as legalese

The use of reading as part of a therapy practice

Being bound to someone or something in an obligatory way

A thing that has spurred on it

Gold or silver thread in a spiral twist

Description of someone who has charm and magnetism

Cowardly and sneaky or underhanded

The loss of coloring (pigment)

Intentionally saying one thing that might mean something else

To listen in on others’ conversations

The history and development of a word

Not serious; like sarcasm, but not always with an obvious tonal difference

Being hard to please; changing one’s mind a lot

A plant that grows flowers

Something that looks nice but doesn’t always make things better

To go around looking for entertainment or pleasure

A faint light OR a tiny bit, as in a glimmer of an idea or thought

Someone who likes being around people

To see something that isn’t there

The area around the sun where solar winds happen

The stuff that makes you itchy

The stage of creating ideas

Important to the point of being required

Being really intensely caught up in a person or thing

Something repetitive OR a rule that can be applied repeatedly

The language that’s specific to a particular niche

A way to cut food into short strips

Two things put together for (or resulting in) a contrast

Sharp, either literally or talking about somebody’s intelligence or observations

Like jumpstart, it means to give something a push to get it going

A knight who goes out looking for adventure

The process of changing something widescreen to something standard ratio, without messing up the images

In a straight line or in order, including by time of occurrence

Generous, forgiving, especially if you’re the person in power

To be enrolled in a university

Cool Words in the English Language

When things are the same, such as a voice in the same tone, usually in a boring way

A person who sees the world as revolving around themselves

A connection linking two or more things, like a web

An animal raised in a nest

Something that doesn’t make sense, usually in a silly way

To hide or shadow something, sometimes literally, but often figuratively

From the nose, or a scent

To be all-knowing and have all potential

Writing out of a sound (buzz, plop, etc)

Someone who doesn’t fight

A teacher, usually a boring one

A story told with pictures

Ability to speak more than one language

Something that happens every four years

The state of being stuck on a decision

To argue over little details instead of the point

Someone who gets money illegally, usually through intimidation

To take back what’s been said

Someone who brags a lot (outdated but fun)

To go live in the countryside

Overly sweet, either literally or in behavior

To bring things together to make one product

Something you can touch, or the act or feeling of touching

Relating to tension, how tight something is

A big group of people

Relating to typing or font; a typographic error is a typo

Something that’s used a lot, everywhere, or gratuitous

The shadowy or dark part of a light source, to include sun and (reflection of) moon

Without restraint, with no holding back

Someone who wanders, without a set home

How fact something goes

Like a fingerprint, it’s the individual characteristics, but of a person’s voice

To move side to side

Something easy to hold and use

To twist and distort

Someone who likes people, styles, things that are different

The art of preparing pieces of wood for study

Wanting someone or something

Far away, but often in sight

A circular or dome tent. Asian in origin

Eagerness and excitement for something

The high point in an arc, often sun or moon

Having to do with a zone or zones

Something caused by or associated with animals

Use any of these words as often as you’d like! 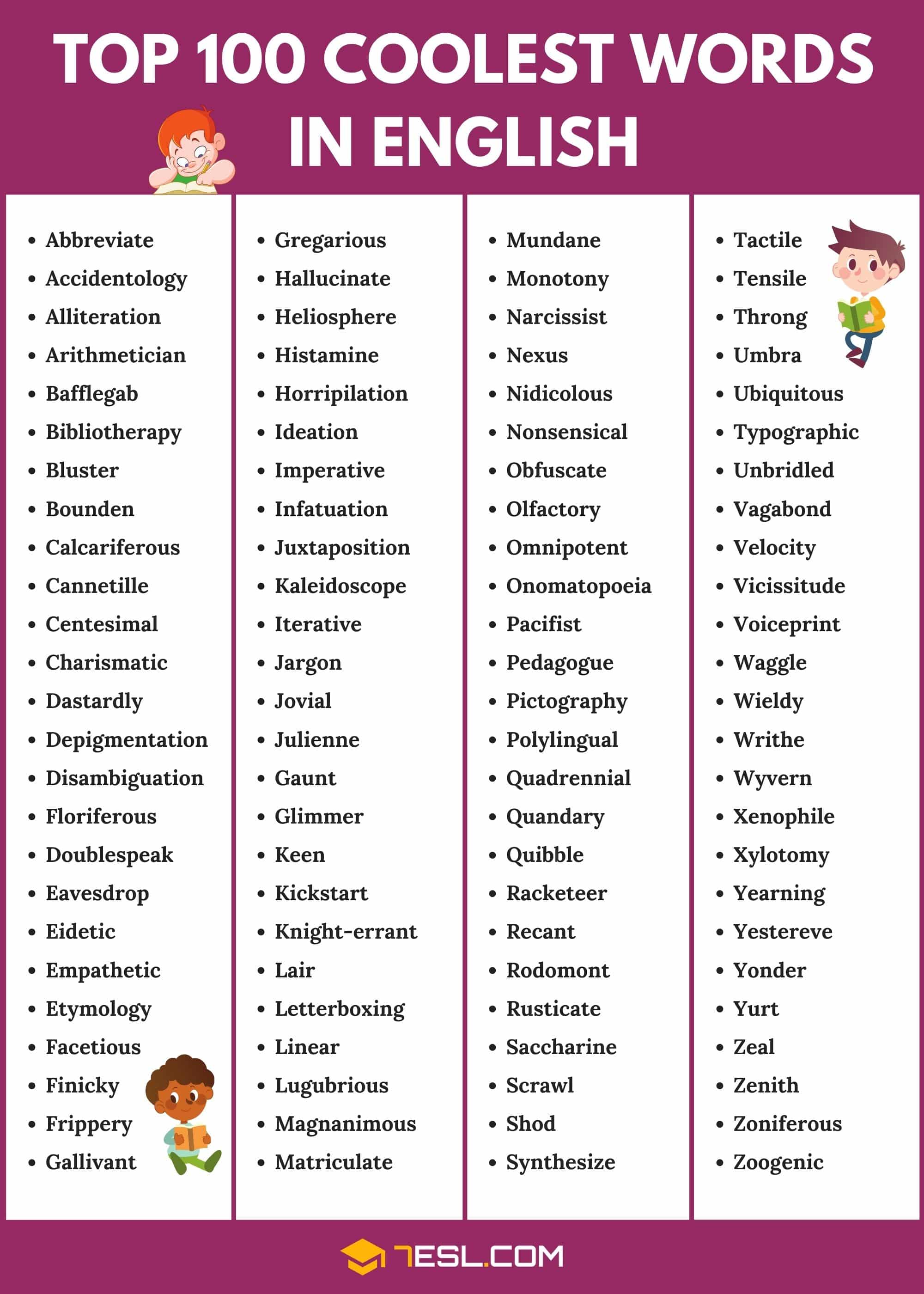