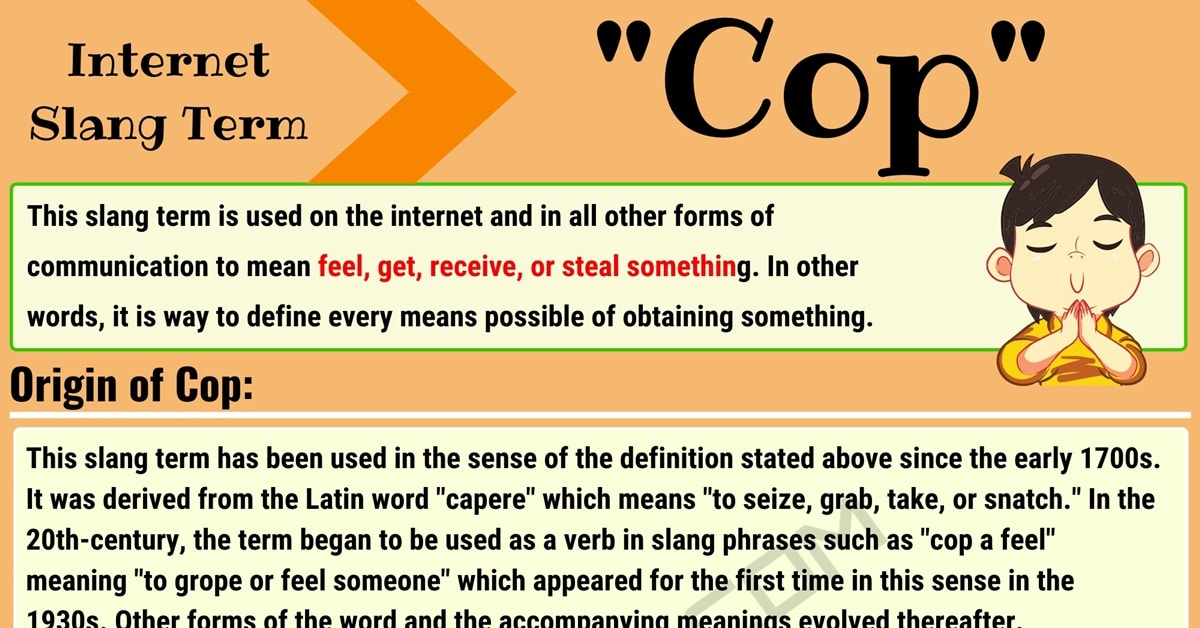 The slang term “cop” has been used as a slang part of speech for an incredibly long time. Most have encountered it in the past, but if this is your first time seeing or hearing the term, then understanding its meaning can be difficult.

Luckily you have come here to learn all about this term including its meaning, details on its origin, and some other meanings. Further down you will see some example conversations to assist you in learning how the term is properly used. Lastly, you see some synonyms that can be used interchangeably with this term because they are similar in meaning.

What Does “Cop” Mean?

This slang term is used on the internet and in all other forms of communication to mean feel, get, receive, or steal something. In other words, it is a way to define every means possible of obtaining something.

This slang term has been used in the sense of the definition stated above since the early 1700s. It was derived from the Latin word “capere” which means “to seize, grab, take, or snatch.” In the 20th-century, the term began to be used as a verb in slang phrases such as “cop a feel” meaning “to grope or feel someone” which appeared for the first time in this sense in the 1930s. Other forms of the word and the accompanying meanings evolved thereafter.

The term is also a nickname used to refer to law enforcement officers or police. It can also be used as a way to say that someone is going to give up or secede. Finally, the term can be used to say that you fully understand something.

There are many other words that you could use in place of this term that are similar in meaning. Depending on the context that this term is being used, you could replace it with any of the following: 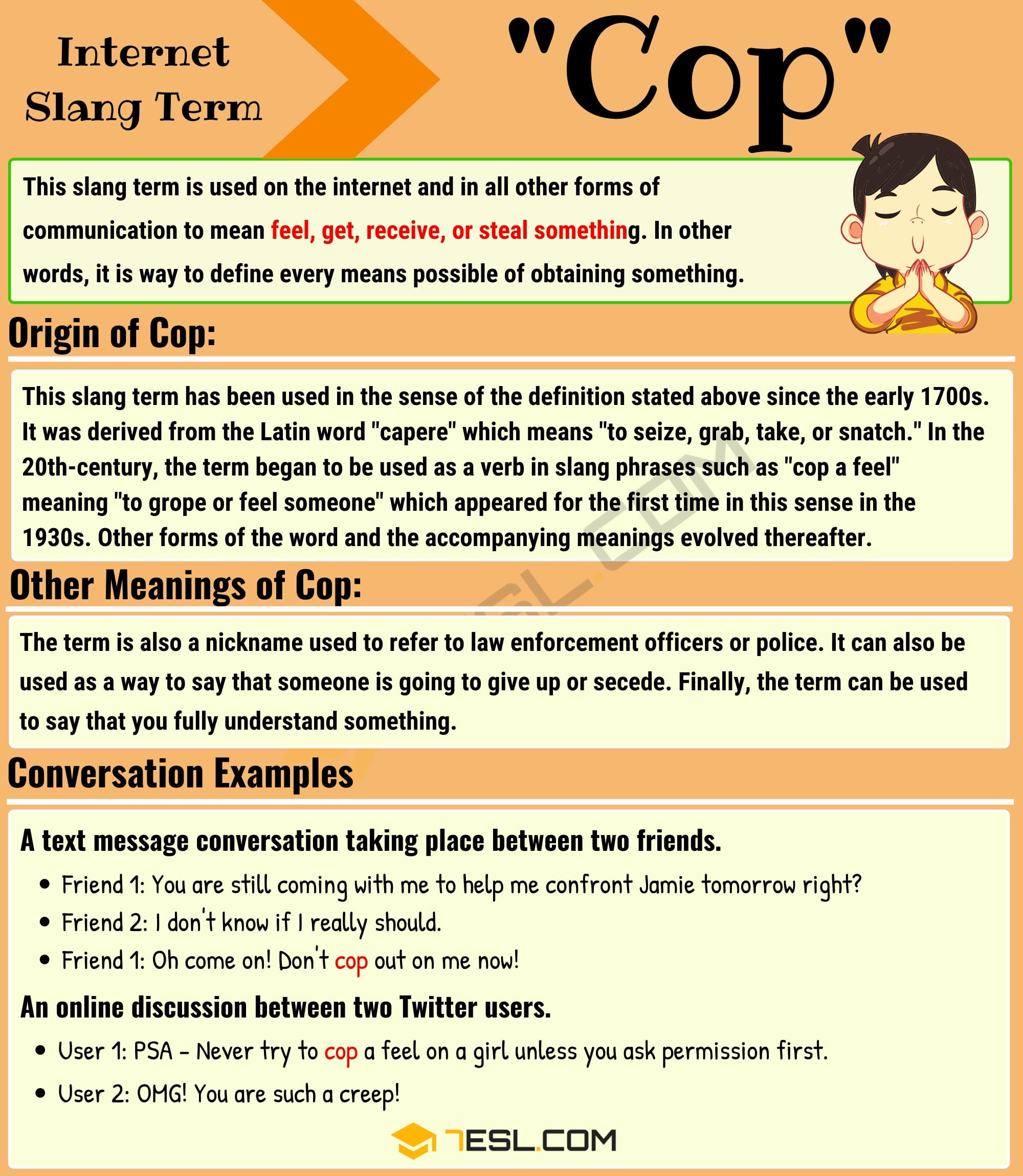