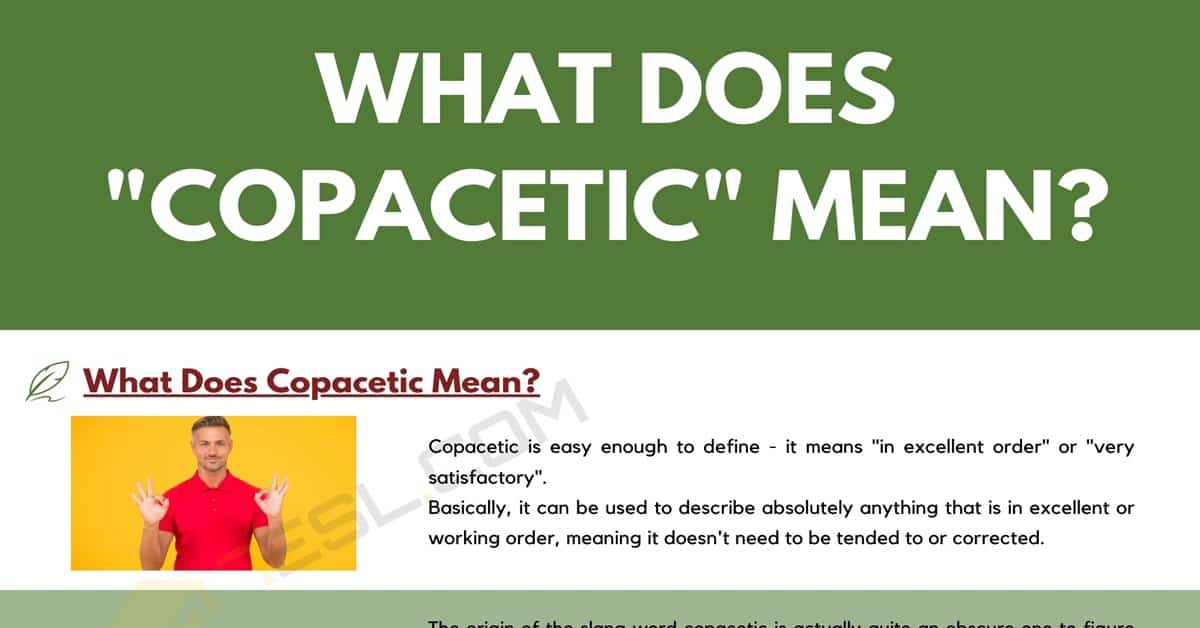 You might have heard the word before or seen it written down, but you might not quite understand what the word copacetic even means. You’ve come to the right place though, we’ll run you through the meaning of the word as well as its origin and examples of use to help you use it in everyday speech and sound more eloquent than you’ve ever sounded before.

What Does Copacetic Mean?

Copacetic is easy enough to define – it means “in excellent order” or “very satisfactory”.

Basically, it can be used to describe absolutely anything that is in excellent or working order, meaning it doesn’t need to be tended to or corrected.

The origin of the slang word copacetic is actually quite an obscure one to figure out. No one truly knows where it came from or how it came to mean what it does today. Its first recorded use was in 1919 in the book “A Man for the Ages” and was used to mean “very satisfactory” at the time.

It is actually more known today for its confusing or elusive origin story rather than used in everyday speech. People at much more interested in the etymology or origin of it than they are in actually understanding its meaning.

Words that can be used in replacement of copacetic (or for copacetic to replace) are as follows:

As mentioned above, copacetic can mean a few things as long as they all relate to being either “in excellent order” or “satisfactory”.

It’s important to stress that when using copacetic, it literally means that it is REALLY good. Not just simply good or okay. It needs to be used when something is perfect and works just as it should or is arranged in a way that it should be.

It can be about the general operation of things, a feeling or sensation, or in general life as long as that copacetic feeling is there.

When to Use Copacetic

As with most words, there is a time and a place to through copacetic into a sentence. You don’t want to use it too much as you’ll start to diminish the value of things when they truly are copacetic. You should use it in a sentence when you’re trying to reassure someone that everything is working out just as it should be or when you feel a sense of excitement or jubilation because something happened that’s made your day brighter than you thought would be.

There is a time and place to use a word like copacetic, as we’ve said. It can be a powerful word with a powerful meaning. You don’t just want to use it to show off to friends. 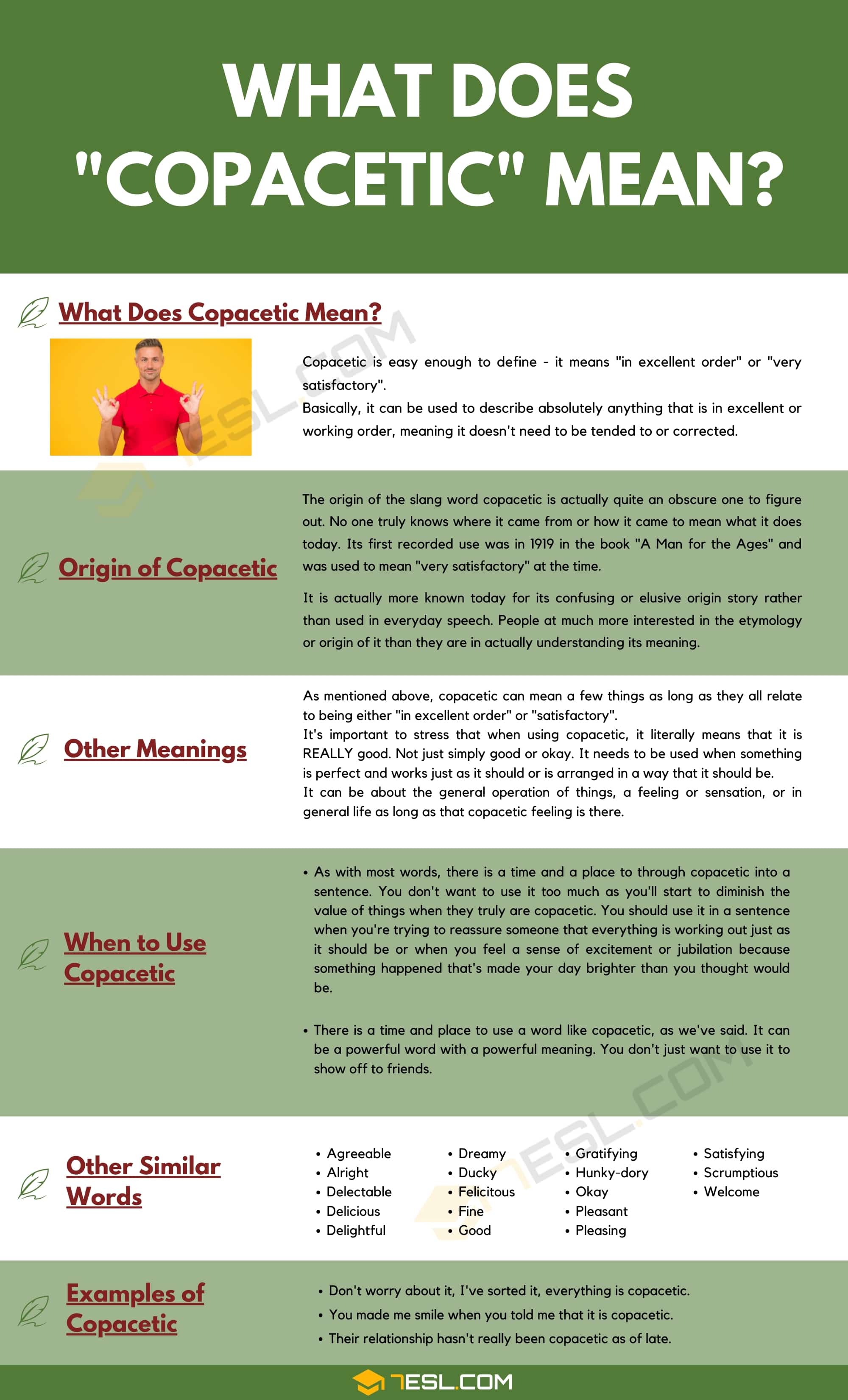