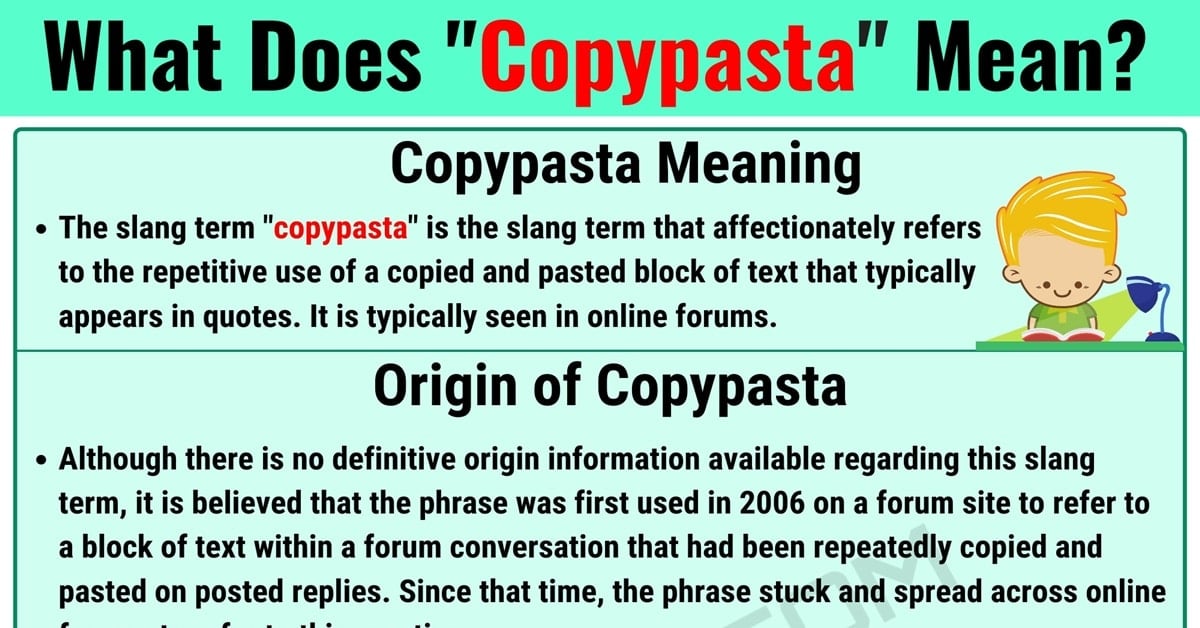 “Copypasta” is a slang term used widely on the internet, especially on forum pages. If you have come across this term and have wondered about it, look no further. Here you will find the meaning of this term and a summary of its origin.

You will also see other meanings if there are any that exist and some example conversations using the term properly to help you use it better for yourself. In conclusion, you will see some suggested words and phrases you can use in place of this term to convey the same meaning.

What Does Copypasta Mean?

The slang term “copypasta” is the slang term that affectionately refers to the repetitive use of a copied and pasted block of text that typically appears in quotes. It is typically seen in online forums.

Although there is no definitive origin information available regarding this slang term, it is believed that the phrase was first used in 2006 on a forum site to refer to a block of text within a forum conversation that had been repeatedly copied and pasted on posted replies. Since that time, the phrase stuck and spread across online forums to refer to this practice.

There are no other known or accepted meanings of the slang term “copypasta.”

A text conversation among friends:

An online exchange on a gaming forum between two users. 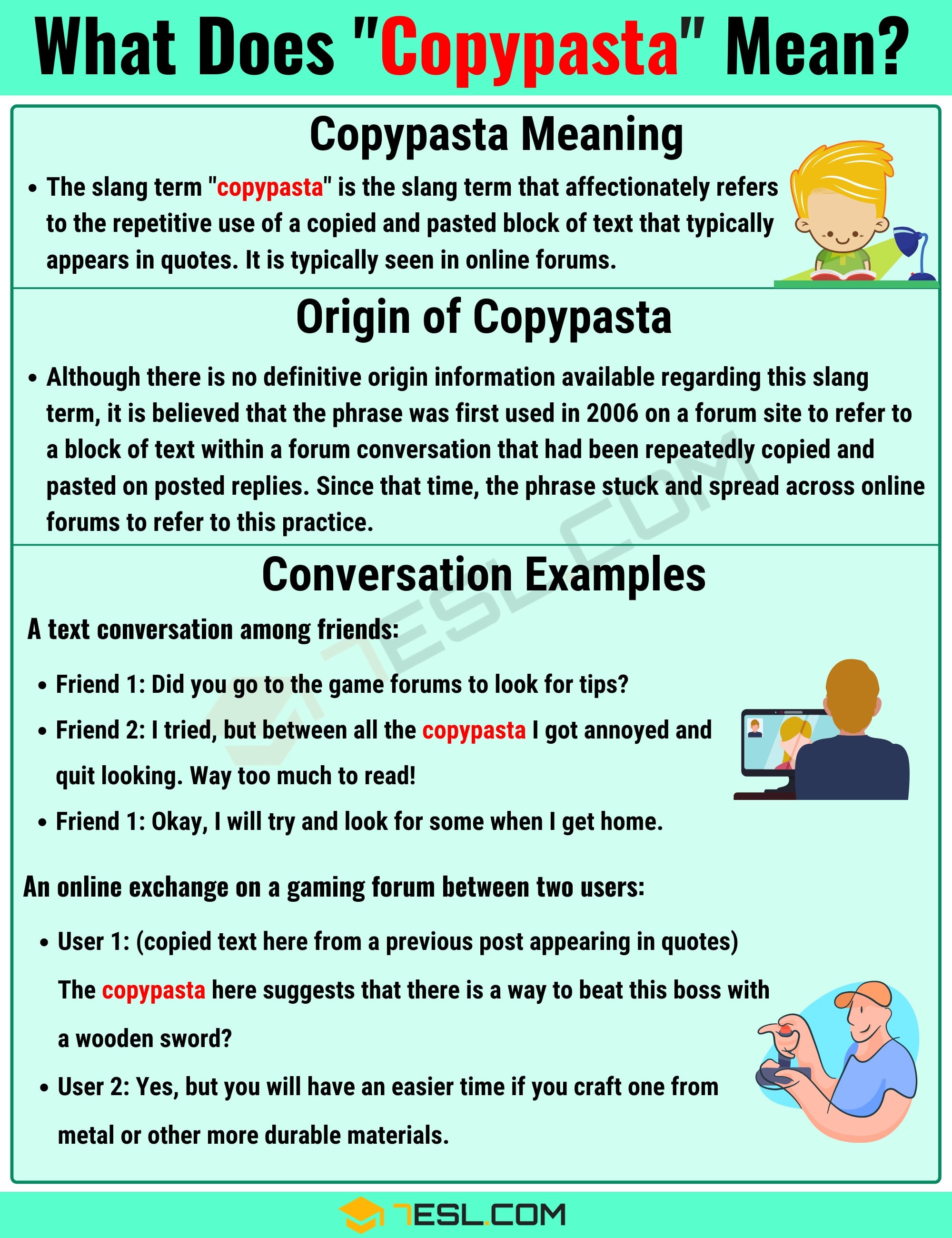