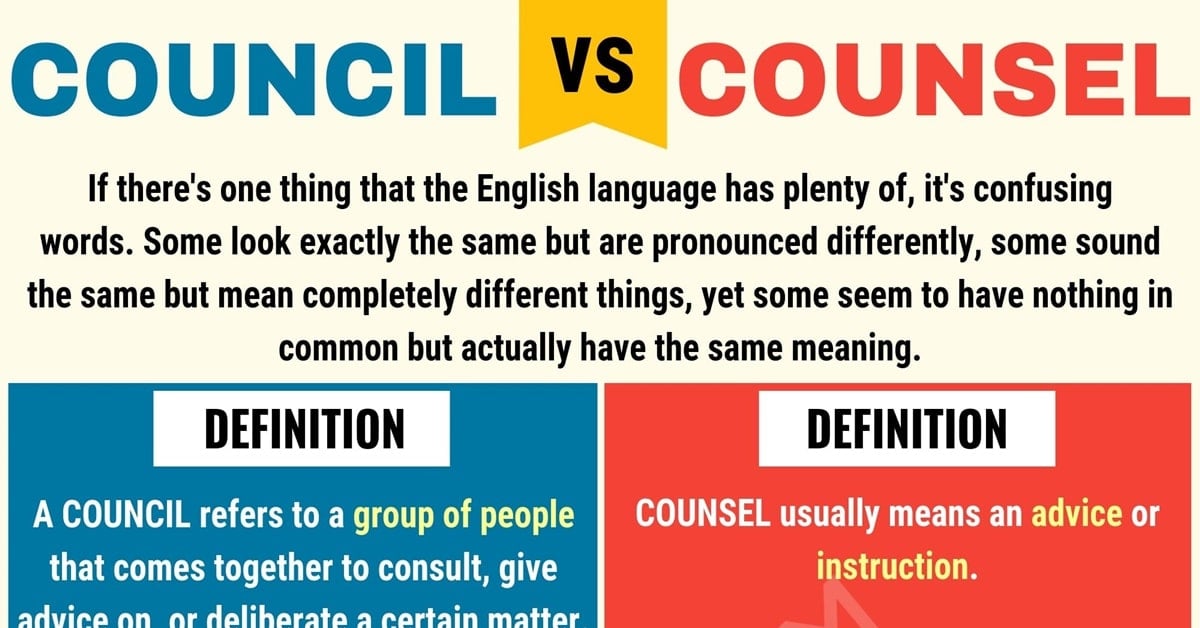 Council vs. counsel! If there’s one thing that the English language has plenty of, it’s confusing words. Some look exactly the same but are pronounced differently, some sound the same but mean completely different things, yet some seem to have nothing in common but actually have the same meaning. One of the pairs that are troubling many English speakers is counsel vs. council. As these two are spelled and sounding almost alike, they are often misused. Read on to find out what is the difference between council vs. counsel.

A COUNCIL refers to a group of people that comes together to consult, give advice on, or deliberate a certain matter. On the other hand, COUNSEL usually means an advice or instruction.

While council can only be a noun, counsel can be both a noun and a verb. Counsel also has a number of different meanings: apart from the most common one mentioned above, it can also refer to an opinion about something or, in law, to an advocate. “To counsel” as a verb means “to advise“.

When to Use Counsel vs. Council

“Jeremy didn’t listen to his parents’ council/ counsel and watched TV instead of studying for the test”. Which is the correct word to use? In this sentence, we need a word that would mean “advice”. Therefore, here, we need the word counsel.

What about the following sentence: “The city council/ counsel will discuss the plans for the Christmas celebrations next week”? Because the sentence is talking about a group of people who’re going to deliberate a matter, the word council would be correct to use.

Finally, which word should be used in the sentence, “They council/ counsel me to leave college and pursue my dreams”? Here, we need a verb. Out of the two available options, only counsel can be a verb, so this is the word you’re looking for.

To never get confused with these two words again, remember that you can approach a council, so it can give you some counsel.

Difference between Counsel vs. Council | Image 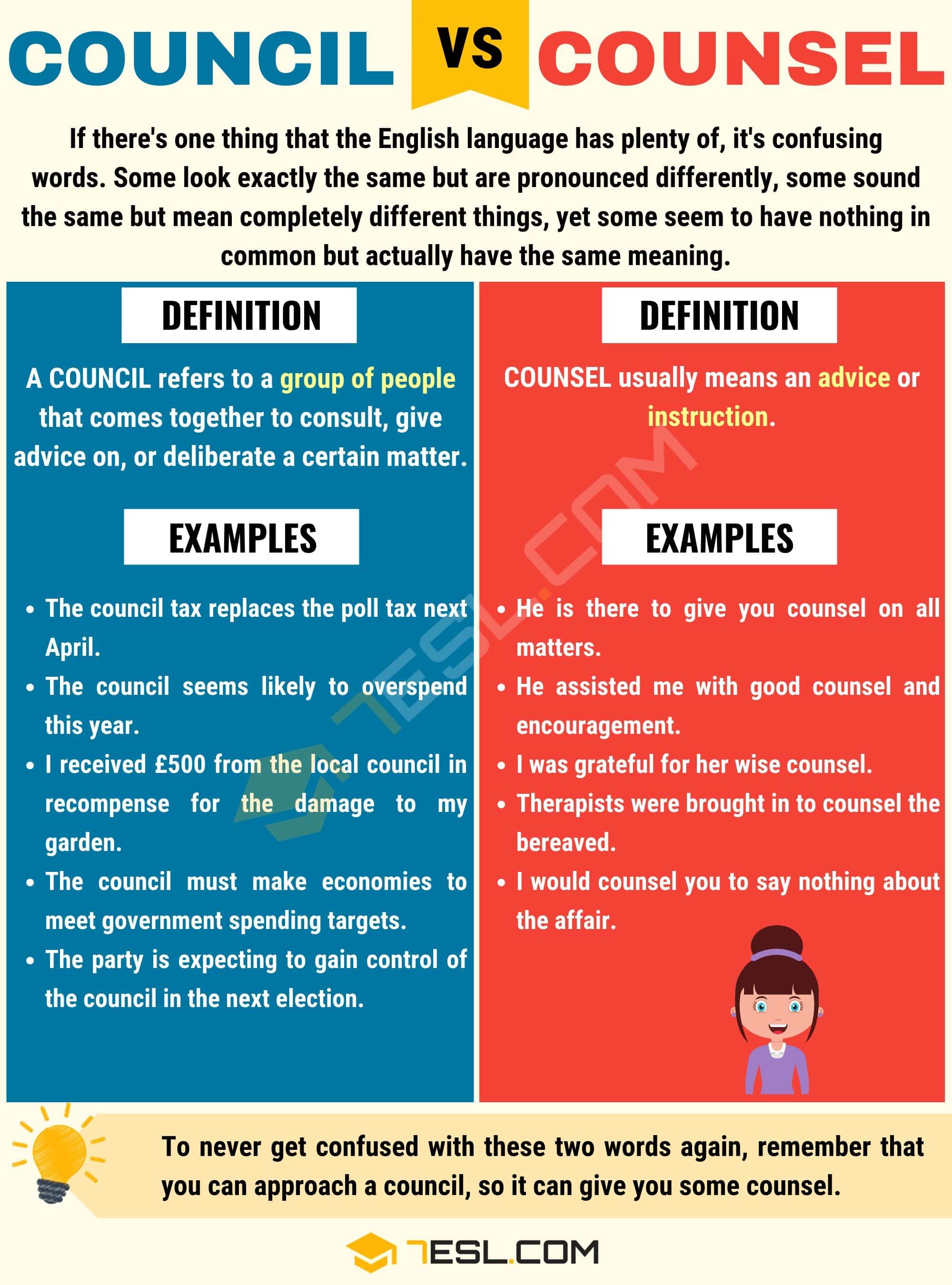 Counsel vs. Council: How to Use Council vs. Counsel Correctly?

Good coverage of these two words.

Thank u for this!
Very helpful for study!
T^T