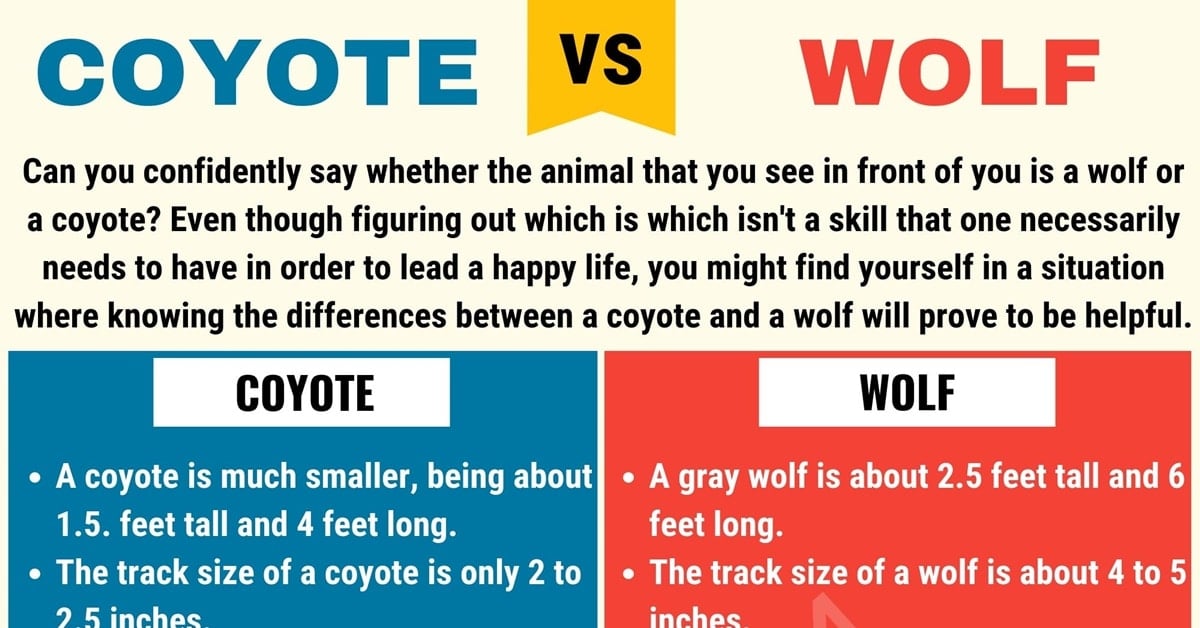 Coyote vs. wolf! Two words don’t have to be spelled or pronounced similarly in order to be confused. It often happens that the meaning of these two words is very similar. Take animals, for example. Can you confidently say whether the animal that you see in front of you is a wolf or a coyote? Even though figuring out which is which isn’t a skill that one necessarily needs to have in order to lead a happy life, you might find yourself in a situation where knowing the differences between a coyote and a wolf will prove to be helpful.

The biggest difference is the size. A common gray wolf is about 2.5 feet tall and 6 feet long, while a coyote is much smaller, being about 1.5. feet tall and 4 feet long. As a result, the track size of a wolf, which is about 4 to 5 inches, is significantly larger than the one of a coyote, which is only 2 to 2.5 inches. Obviously, a wolf weighs more as well: 80 to 120 pounds, compared to 20 to 50 pounds, which is a normal weight of a coyote.

You can also distinguish which animal you’ve spotted by looking at its ears. If they are tall and pointed, then you are looking at a coyote. On the other hand, if the ears are round, then you’ve found a wolf.

If you manage to take a look at the animal’s snout, this will also help you. Just like the ears, the nose of a coyote also is pointed and narrow. In contrast, the wolf’s nose is shorter and broader.

Good news for someone who doesn’t want to be so close to a dangerous and probably hungry animal just to figure out which exactly it is: you can make a good guess simply by listening to it. If you hear a long, drawn-out howl, this is a clear indication that there is a wolf somewhere close. A shorter sound, almost like the one of a yapping dog, will tell you that you might soon meet a coyote. 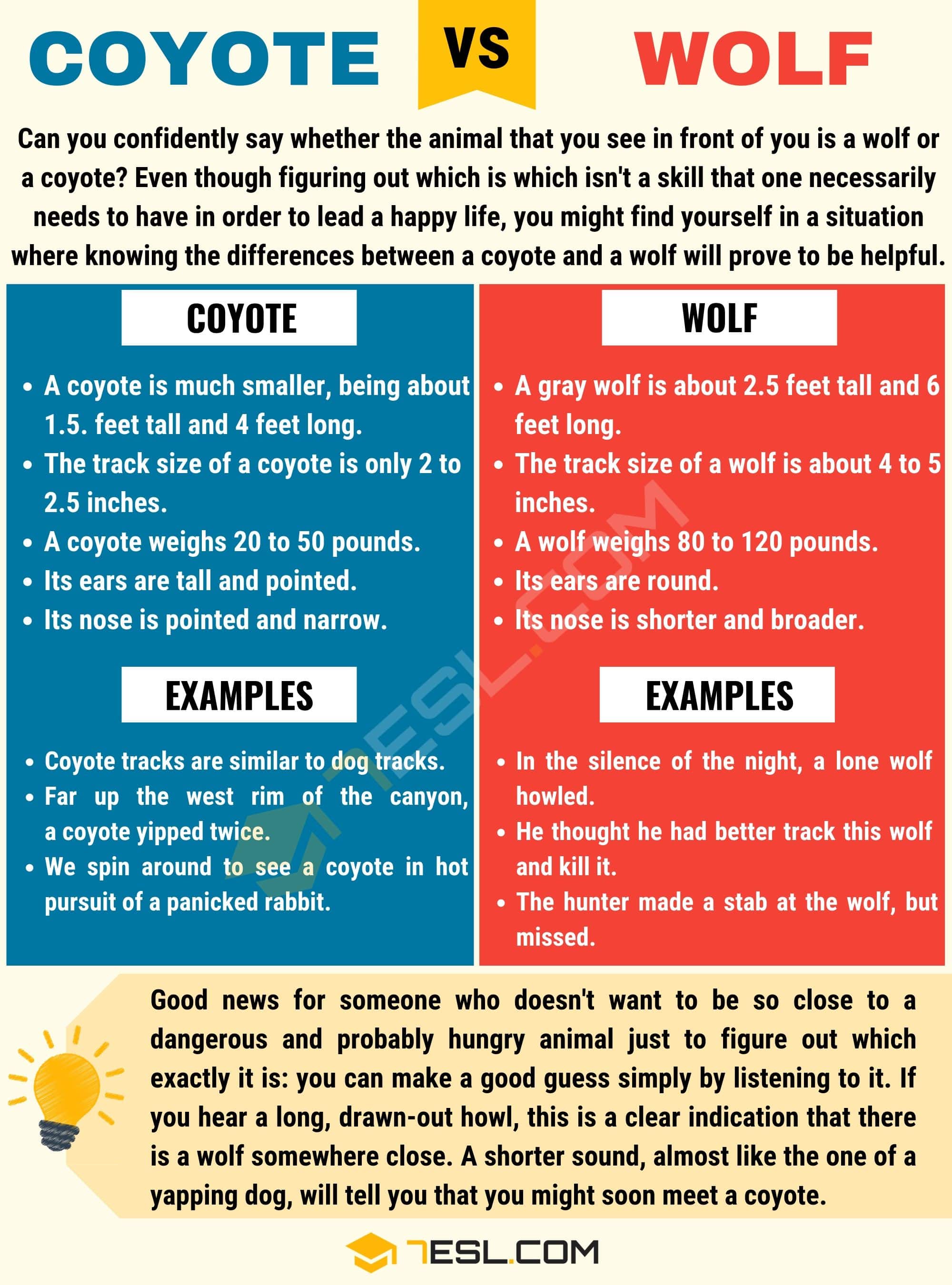 Useful Difference between Coyote vs. Wolf