Home
Abbreviations
CPT Meaning: What Does the Acronym “CPT” Stand for?

If you were thinking that the term “Cpt” was just a way to abbreviate the word captain, then think again. There are many other meanings of this term when used as an acronym, one of them being the most popular usage in online chatting and text messaging. If you came here looking for that meaning in particular, then you are in luck. Below you will find the most popular meaning behind this acronym, some details about its origin if available and some other meanings if there are any to be found. Further along you will be privy to some example conversations to illustrate how this term is properly used in context and to further enhance your knowledge of the definition. Lastly, you will see some synonymous phrases that you would be able to used to replace this term without changing the meaning of the original phrase.

What Does CPT Mean?

This acronym is most often used a derogatory term on the internet and in text messaging to refer to the phrase “colored people’s/person’s time.” It is used to refer to stereotyping African Americans by saying they are always late and, therefore, must operate on their own time that is not the same as everyone else’s.

There are no specific details concerning the exact origin of this acronym or the phrase that it represents. The only thing that can be said for sure is that this phrase and acronym have been used since at least 2003.

This acronym is no different from any other acronym in the fact that it can also be used to represent other terms as well. There are too many to mention every possible representation here, but some other terms this acronym can represent are “Certified Personal Trainer,” “College Placement Test,” “Copy Protection Technology,” “Current Procedural Terminology,” and “Cost Per Transaction.”

A conversation between father and son via text message. 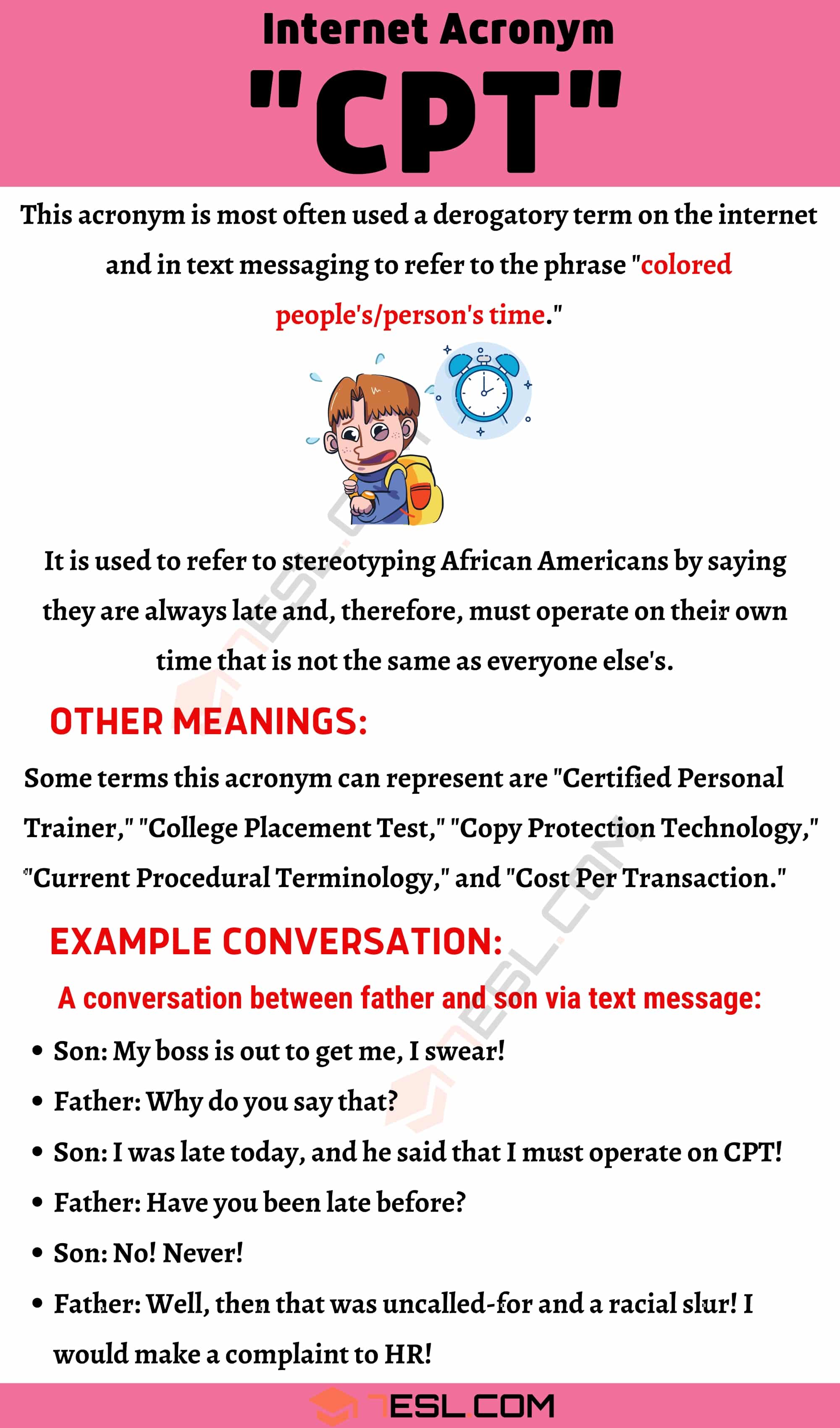