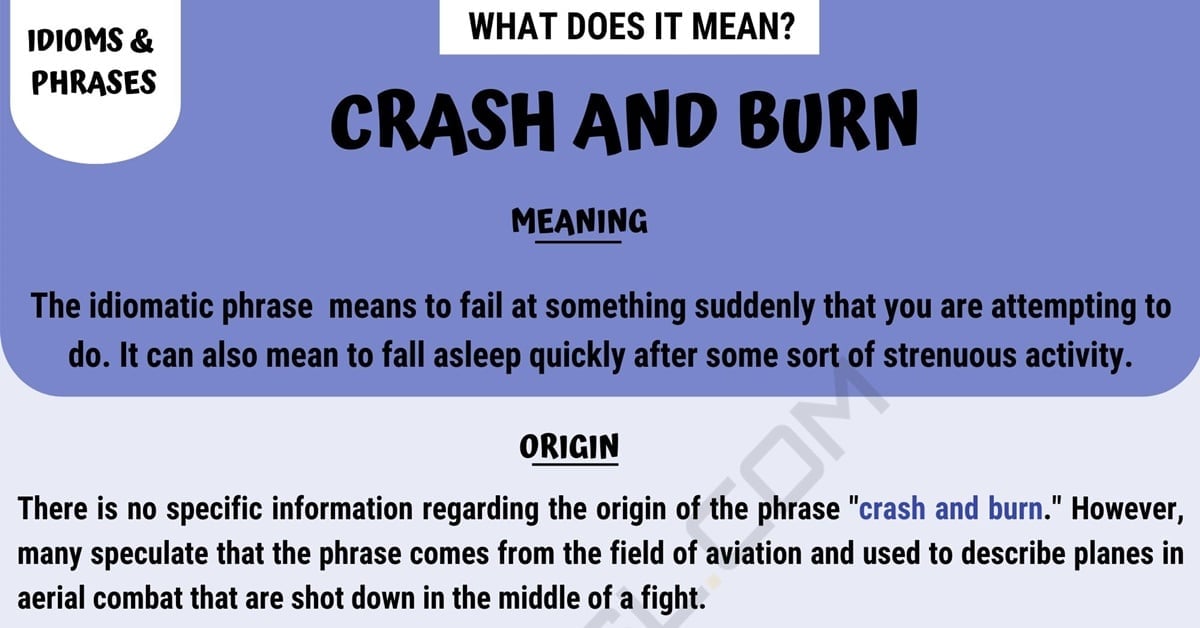 The idiom “crash and burn” is one of the most popular idioms heard today. If you are scratching your head wondering how someone can say they crashed and burned but are somehow still alive standing in front of you, then you have come to the right place. Here you will find the meaning of this figurative term and the information about its origin. You will also discover some example sentences and conversations using the term in the correct context to help you understand its meaning further. Lastly, you will see some alternative words or phrases that you can use in place of this popular phrase.

The idiomatic phrase “crash and burn” means to fail at something suddenly that you are attempting to do. It can also mean to fall asleep quickly after some sort of strenuous activity.

There is no specific information regarding the origin of the phrase “crash and burn.” However, many speculate that the phrase comes from the field of aviation and used to describe planes in aerial combat that are shot down in the middle of a fight.

A discussion between father and son.

Alternatives to “Crash And Burn”

Several words can replace the idiom “crash and burn” to convey the same meaning. Some of the words you could use include: 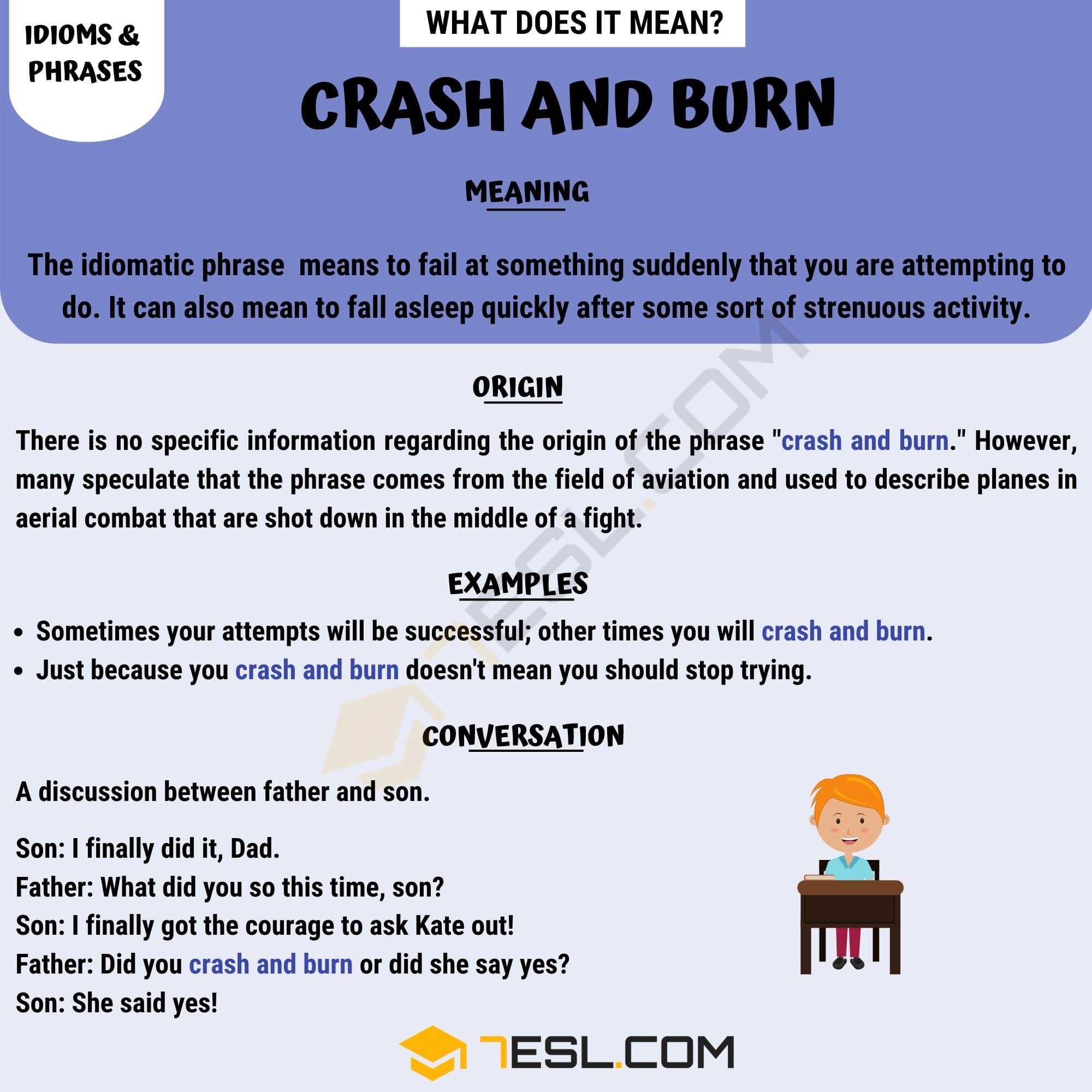