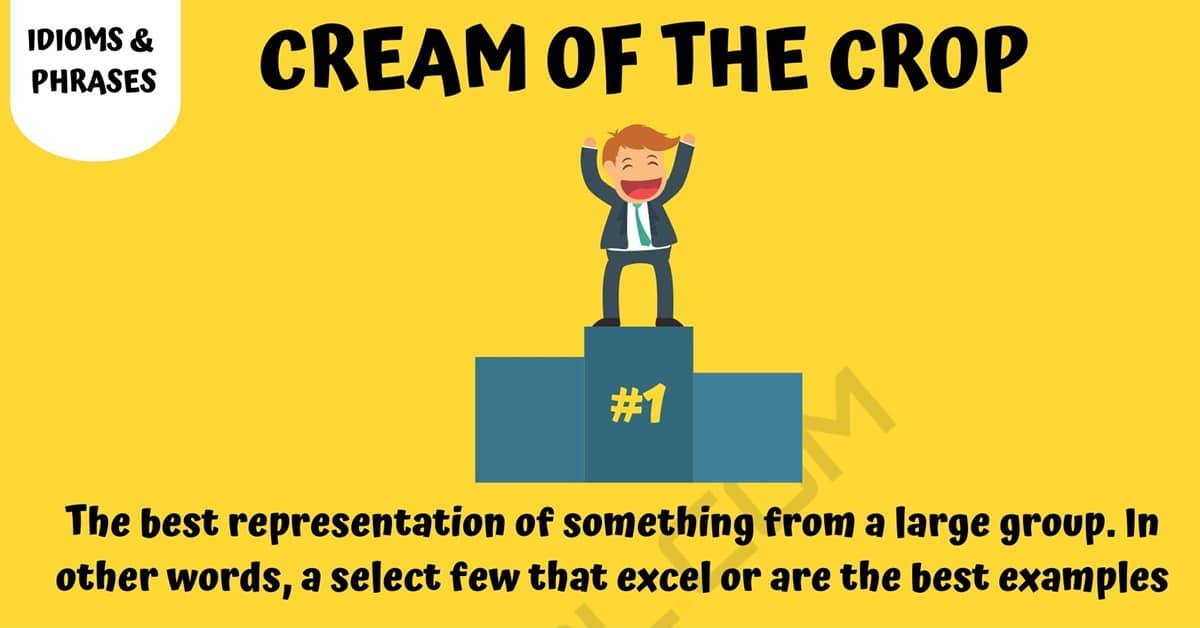 “Cream of the crop” is a phrase that you may encounter quite frequently while interacting with people on an everyday basis. In this article about this idiomatic phrase, you will find the meaning, the story of this phrase’s origin, and some example sentences and conversation to help you better you the phrase yourself. In conclusion, you will see some alternatives to using this phrase that you can use to convey the same meaning during a conversation.

Cream of the Crop

“Cream of the Crop” Meaning

The idiom “cream of the crop” means the best representation of something from a large group. In other words, a select few that excel or are the best examples.

The word “cream” has been used since the 16th century to mean “the best part of something.” Before the 1800s, the French were using the phrase “la créme de la créme” meaning “the cream of the cream.” It was not until sometime during the 1800s that the phrase “cream of the crop” was first heard in English. It has been used ever since to convey the meaning stated above.

Alternatives to “Cream of the Crop”

There are many other terms you can substitute for the phrase “cream of the crop” that will still convey the same meaning. Some of the things you could say alternatively include:

“Cream of the Crop” Examples

A conversation between two co-workers talking about another co-worker at the office.

Cream Of The Crop Meaning | Image 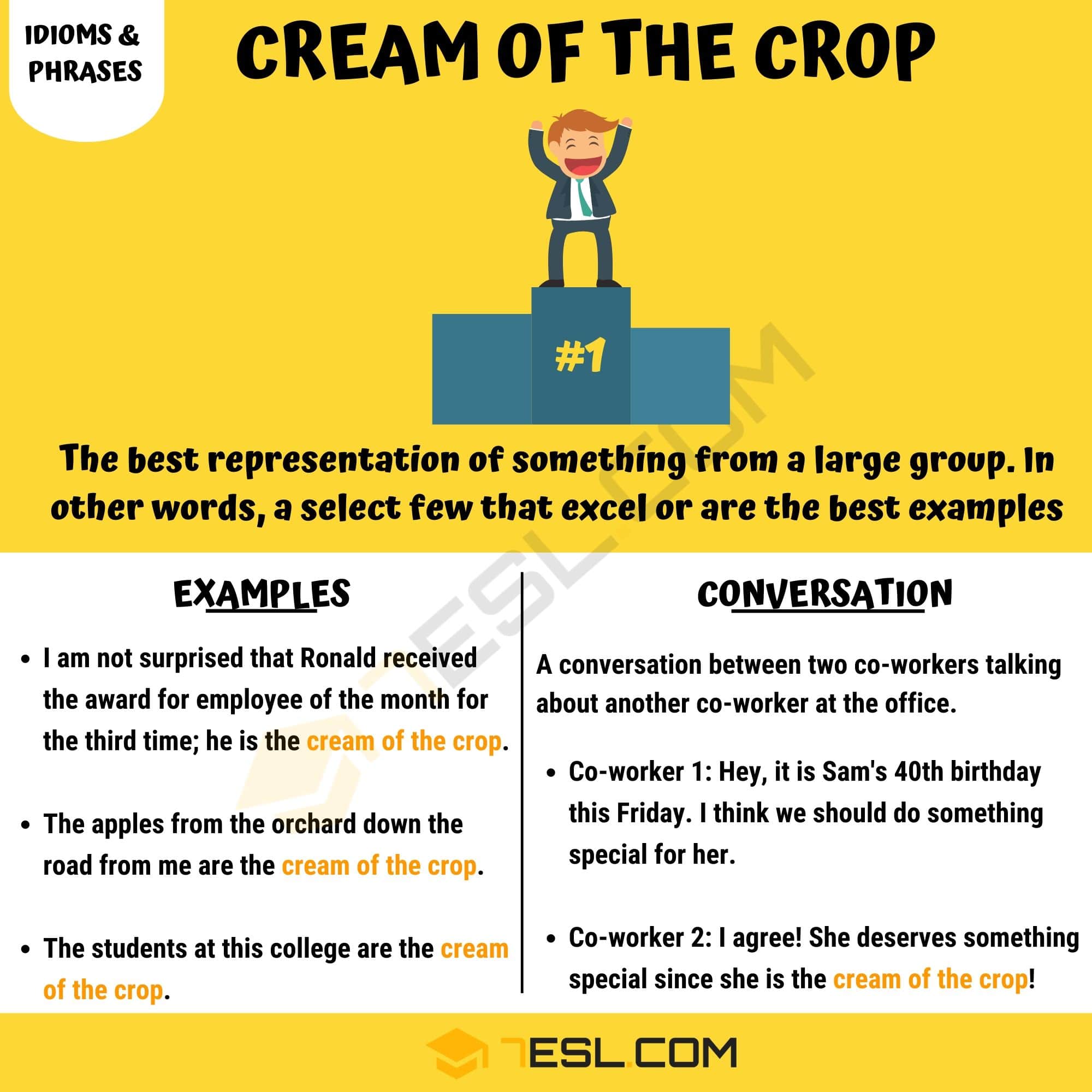